Corus Construction & Industrial Corrosion protection of steel bridges Contents Contents 1 Introduction 2 Corrosion of structural steel 3 The influence of design on corrosion 4 Preparing for corrosion protection 5 Protective coatings Paint coatings Metallic coatings 6 Highways Agency* specifications 7 Network Rail specifications 8 Weathering steel 9 Enclosure systems Introduction 1. Introduction The use of steel for modern bridges has grown significantly over the last 25 years. Engineers and specifiers have recognised the benefits that steel offers as a Construction material, which combined with imaginative designs has resulted in some striking bridges that have not escaped the public's attention. The use of steel in bridges goes back over 100 years.

Corrosion protection of steel bridges 3 Introduction The use of steel in bridges goes back over 100 years. A notable example is the imposing Forth Rail bridge in

1 Corus Construction & Industrial Corrosion protection of steel bridges Contents Contents 1 Introduction 2 Corrosion of structural steel 3 The influence of design on corrosion 4 Preparing for corrosion protection 5 Protective coatings Paint coatings Metallic coatings 6 Highways Agency* specifications 7 Network Rail specifications 8 Weathering steel 9 Enclosure systems Introduction 1. Introduction The use of steel for modern bridges has grown significantly over the last 25 years. Engineers and specifiers have recognised the benefits that steel offers as a Construction material, which combined with imaginative designs has resulted in some striking bridges that have not escaped the public's attention. The use of steel in bridges goes back over 100 years.

2 A There has been a widely held view that most steel notable example is the imposing Forth Rail bridge in bridges require frequent attention to maintain the Scotland, which was completed in 1890. The scale and original protective coating system. In reality, coating size of this significant landmark was a major lifetimes to first major maintenance have progressively achievement in Construction engineering, and the increased from 12 and 15 years to 20 and 25 years. structure has stood the test of time. The surface preparation and painting systems used on this bridge, From the continued developments in coating and on similar old steel bridges, are quite primitive by technology, modern high performance coating systems modern standards and frequent maintenance is required may be expected to achieve lives to first major to ensure a continued serviceable life.

3 Maintenance in excess of 30 years on thoughtfully designed steel bridges. In addition, the use of Modern bridges currently have a design life requirement weathering steel, and enclosure systems, offer very low of 120 years, and the performance of the protective maintenance alternatives. system is a critical factor. Furthermore, reductions in the number of repainting cycles have become significant in the evaluation of whole life costs. * Any reference to the Highways Agency is intended to include the 1. Left: Oresund Bridge (photo courtesy of Ove Arup Partnership). other Overseeing Organisations: Sweden 2. Above: Forth Rail Bridge Scottish Executive Scotland Welsh Assembly Government Department for Regional Development (NI).

4 Corrosion protection of steel bridges 3. Corrosion of structural steel 2. Corrosion of structural steel The corrosion of steel can be considered as an electrochemical process that occurs in stages. Initial attack occurs at anodic areas on the surface, where ferrous ions + +. - + - - - go into solution. Electrons are released from the anode and move through the metallic structure to the adjacent cathodic sites on the surface, where they combine with +. oxygen and water to form hydroxyl ions. These react with the ferrous ions from the anode to produce ferrous hydroxide, which itself is further oxidised in air to produce hydrated ferric oxide ( red rust.) The sum of these Fe++ O2 H2O. reactions can be represented by the following equation: OH-OH- Fe + 302 + 2H20 = (Steel) + (Oxygen) + (Water) = Hydrated ferric oxide (Rust).

5 + - electrons + - anode cathode - The process requires the simultaneous presence of at anode Fe Fe++ + 2e - at cathode O2 + 2H2O + 4e 4OH. water and oxygen. In the absence of either, corrosion combined 4Fe + 3O2 + 2H2O = does not occur. Figure 1. Schematic representation of the corrosion mechanism for steel However, after a period of time, polarisation effects such as the growth of corrosion products on the surface cause the corrosion process to be stifled. New, reactive anodic sites may be formed thereby allowing further corrosion. In this case, over long periods, the loss of metal is reasonably uniform over the surface, and this is usually described as 'general corrosion'. A schematic representation of the corrosion mechanism is shown in Figure 1.

6 1. Docklands Light Rail Bridge London, England Corrosion of structural steel Corrosion rates Both sulphates and chlorides increase corrosion rates. The principle factors that determine the rate of corrosion They react with the surface of the steel to produce of steel in air are: soluble salts of iron, which can concentrate in pits and are themselves corrosive. 'Time of wetness'. This is the proportion of total time during which the Within a given local environment, corrosion rates can surface is wet, due to rainfall, condensation etc. It vary markedly, due to effects of sheltering and prevailing follows, therefore, that for unprotected steel in dry winds etc. It is therefore the 'micro-climate' immediately environments ( enclosures), corrosion will be surrounding the structure which determines corrosion minimal due to the low availability of water.

7 Rates for practical purposes. Atmospheric pollution' Because of variations in atmospheric environments, The type and amount of atmospheric pollution and corrosion rate data cannot be generalised. However, contaminants ( sulphates, chlorides, dust etc.) environments can be broadly classified, and corresponding measured steel corrosion rates provide a Sulphates useful indication of likely corrosion rates. More These originate from sulphur dioxide gas produced information can be found in BS EN ISO 12944, Part 2. during the combustion of fossil fuels, sulphur and ISO 9223. bearing oils and coal. The sulphur dioxide gas reacts with water or moisture in the atmosphere to form sulphurous and sulphuric acids.

8 Industrial environments are a prime source of sulphur dioxide. Chlorides These are mainly present in marine environments. The highest concentration of chlorides is to be found in coastal regions and there is a rapid reduction moving inland. In the there is evidence to suggest that a 2 kilometre strip around the coast can be considered as being in a marine environment. The influence of design on corrosion 3. The influence of design on corrosion The design of a structure can affect the durability of any If cope holes are used, they should be circular and of at protective coating applied to it. Old steel bridges least 40mm radius, preferably more. Cope holes formed designed with many small structural components and by 45 snipes should not be used.

9 The weld will not be fasteners, bracings and rivets, are more difficult to returned through the hole, which creates the additional protect than modern designs with large flat surfaces. problem of a narrow crevice. The articulation of a bridge also influences its durability Avoidance of moisture and debris traps as leaking deck joints have often been the source of Details that could potentially trap moisture and debris corrosion problems. Ideally, expansion joints should be should be avoided where possible. Measures that can avoided by the use of continuous and integral be taken include: Construction . However, if expansion joints are unavoidable they should be located away from the ends Grind flush welds on horizontal surfaces.

10 Of the girders, and a positive non-metallic drainage Curtail transverse web stiffeners short of the system should be provided to convey any leaks away bottom flange. from the steelwork. Avoid using channels with toes upward. Arrange angles with the vertical leg below Detailing is important to ensure that the protective the horizontal. treatment can be applied to all surfaces, to avoid the Avoid the use of T' section bearing stiffeners. creation of water and dirt traps that would encourage corrosion, and to ensure that future inspections and Crevices maintenance can be carried out effectively. Crevices attract and retain water through capillary action, and should be avoided. HSFG bolted joints pose Access for coating application and maintenance a particular problem, so welded connections are Access to all surfaces to provide both the initial surface preferable in terms of corrosion protection. 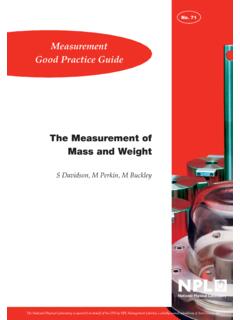 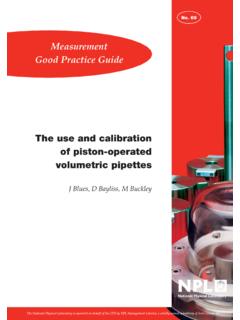 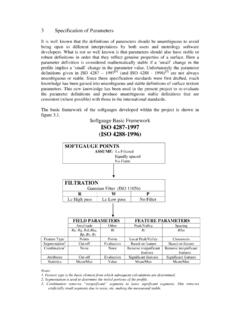 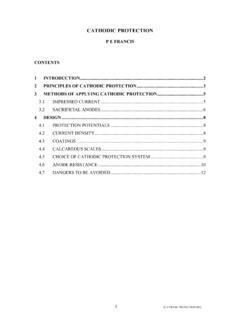 3 [CATHODIC PROTECTION/BM] Cathodic protection has also been applied to steel embedded in concrete, to copper-based alloys in water systems, and, exceptionally, to lead-sheathed cables and to aluminium alloys, 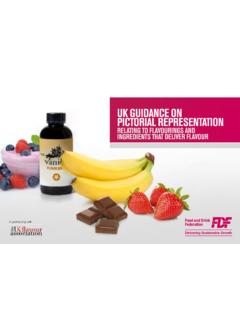 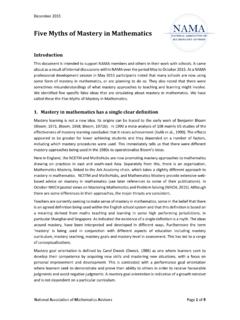 December 2015 National Association of Mathematics Advisers Page 1 of 9 Five Myths of Mastery in Mathematics Introduction This document is intended to support NAMA members and others in their work with schools. 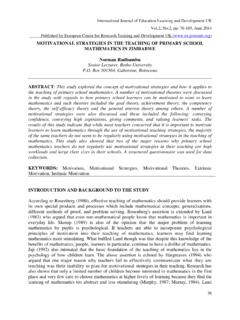 MOTIVATIONAL STRATEGIES IN THE TEACHING … 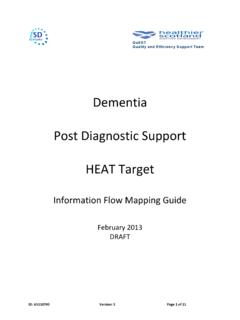