COTSWOLD STONE . SLATE ROOFING . Technical guidance for owners and occupiers This is a guide to one of the most characteristic materials traditionally used in COTSWOLD architecture. Many listed buildings have STONE SLATE ROOFING which, from time to time, will require maintenance, repair or replacement. Where extensions to these buildings are permitted, STONE SLATE ROOFING will often be a requirement. This guide will help building owners or their professional advisers to make informed decisions on STONE SLATE ROOFING , leading to the better preservation of the buildings, and this very special COTSWOLD craft. April 2004. Tewkesbury Borough Council HELPING OUR COMMUNITIES FLOURSIH IN A QUALITY ENVIRONMENT.

Introduction Natural stone roofing provides much of the special character of many parts of the country, and this is especially so in the Cotswold Hills.

1 COTSWOLD STONE . SLATE ROOFING . Technical guidance for owners and occupiers This is a guide to one of the most characteristic materials traditionally used in COTSWOLD architecture. Many listed buildings have STONE SLATE ROOFING which, from time to time, will require maintenance, repair or replacement. Where extensions to these buildings are permitted, STONE SLATE ROOFING will often be a requirement. This guide will help building owners or their professional advisers to make informed decisions on STONE SLATE ROOFING , leading to the better preservation of the buildings, and this very special COTSWOLD craft. April 2004. Tewkesbury Borough Council HELPING OUR COMMUNITIES FLOURSIH IN A QUALITY ENVIRONMENT.

2 Produced in association with COTSWOLD District Council by the Gloucestershire Conservation Officer's Group. Introduction Types of COTSWOLD STONE SLATE natural STONE ROOFING provides much of the There are, geologically, two stones from which special character of many parts of the country, COTSWOLD STONE slates are made, both of which and this is especially so in the COTSWOLD Hills. are oolitic limestones: Forest Marble' and Although, elsewhere in the country, many Stonesfield SLATE '. The methods of producing local traditions have been lost, in the slates from these stones are quite different, Cotswolds this has not been the case. STONE making the most of their individual properties.

3 SLATE ROOFING can still be found in the Borough Forest Marble is split by hand very shortly along the COTSWOLD escarpement, from after being extracted from near the surface of Snowshill in the north, to Great Witcombe in the ground, usually at a small quarry. At one the south. COTSWOLD quarry where slates were, until very However, this long-established situation could recently, made by this method, it was thought be under threat unless the production of STONE that they should only be split within a few slates, and the craft of laying them, is studied days of being extracted, while they still and revived. Even the name seems to be retained their natural moisture, or quarry sap'.

4 Disputed: often called STONE slates they are Such STONE slates are called presents'. This is clearly not a metamorphic SLATE (such as Welsh the oldest method of producing COTSWOLD SLATE ) and yet neither are they tiles, in the slates, probably dating from the Roman period. sense of a clay moulded object. This view of the roofs of Green Close in Snowshill illustrates many of the craft techniques that form part of the COTSWOLD STONE SLATE ROOFING tradition, which this guide describes. This technical drawing shows the key STONE SLATE roof construction details, especially the eaves and ridge, and the use of diminishing courses. Stonesfield SLATE is the name generally given to Over the years, a logical way of taking frost-split STONE slates, originally produced near advantage of this geological accident has the village of Stonesfield in West Oxfordshire.

5 Evolved; the practise of laying slates in Because of its depth in the ground, the method diminishing courses. of extraction of the SLATE was quite different to presents'. The STONE in rough block form One of the main functions of a STONE roof is to called pendle' was hoisted to the surface from throw water well clear of the wall. Before the STONE mines, and put out in nearby fields to introduction of gutters it was even more become frosted'. As the frost gradually split important to project the eaves as much as the STONE along the thin natural bedding possible. So the largest slates (normally about planes, these being a consequence of the 600 mm long, but some up to 750 mm long).

6 Geological formation of the material, slaters were fixed here in a double eaves course. would work to assist the splitting process. The These slates were given a special name resulting SLATE was much thinner and more cussoms', the next course being called regular than the rougher presents', and was followers'. The smallest-sized slates (called highly prized for the most prestigious roofs, short cocks') were the most common, available such as those of Oxford colleges. The thinner in large numbers and used at the highest part slates also afforded an opportunity for some of the roofslope. They were only 150 mm long. sophistication, such as an angled dressing of the sides to provide a very slight overlap when they were laid.

7 SLATE Sizes The first and most obvious feature about COTSWOLD STONE slates is that, as a material produced from fissile sedimentary rock, it is impossible to supply them in consistent sizes, unlike welsh SLATE , a metamorphic rock, the STONE breaks naturally to provide far more smaller-sized slates than large ones. ENGLISH HERITAGE POLICY ON SOURCING STONE SLATES. Wherever possible, new STONE slates rather than second-hand should be used. Reclaimed slates should be used only on the building or group of buildings from which they were removed. Substitute materials, such as artificial slates made of fibre resin, concrete tiles, reconstituted STONE ' and so on, are inappropriate alternatives to real STONE slates and are not suitable for use on historic buildings.

8 New STONE slates should match the existing ones as closely as possible in terms of geological type, colour, texture, size, and thickness. It is important to recognise the slates particular to your area. Sandstone and limestone slates should never be substituted for each other, nor should they be used together. STONE slates which have been sawn to thickness, rather than split, can be technically and aesthetically unacceptable and, if they fail to meet these criteria, should not be used on historic buildings. Method of Fixing Swept Valleys Fixing of slates was achieved by one, or On the whole, COTSWOLD STONE roofs are as sometimes two, wooden pegs driven through a simple in form as possible.

9 The most hole near the top of the SLATE . In the past, this elementary type is a straight pitched roof, hole was originally made by the slater finding, usually at 47 to 55 , spanning between two by feeling with his fingers, a thinner point in gable ends. However, where a more complex the SLATE and carefully, with a pointed hammer, roof was required, with gables on side breaking through to form an hour-glass shaped elevations, there was a need to turn it through hole. Today, drills are used. Usually oak was 90 on plan, and this resulted in the cleft to form a peg and this was driven into the development of the swept valley', the hole until it was firm, the pegged slates then construction of which is often the best example being hung over the batten.

10 Ridges were of the slater's art. always made from a simple angled section of dressed STONE . Sometimes, on the more At the valley, specially cut slates would be elaborate buildings, mostly churches, a roll- used, designed to form a gentle curve to the topped STONE ridge was used. roof. Some swept valleys' were laid to a tighter pattern, with slates laid two-across the STONE SLATE roofs are very heavy (about 1000 kg valley alternating with three-across. Where per 10 sq m) and an effect of this weight is often there were three, the central SLATE was wedge- a slight bend in the roof. However, this causes shaped and did not require a peg. Called a the slates to pack more closely together, and it bottomer' it was held in place by the two is now thought that roofs were made slates called lie-byes' or side skews' alongside deliberately to allow this bow, keeping out the it. 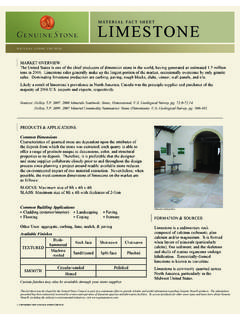 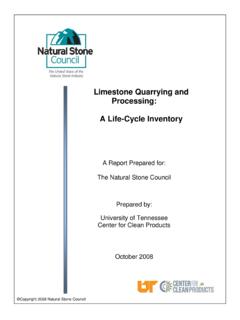 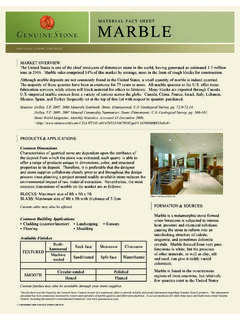 N AT U R A L S T O N E C O U N C I L M AT E R I A L FAC T SH E ET MARKET OVERVIEW: The United States is one of the chief producers of dimension stone in the world, having generated an estimated 1.3 million 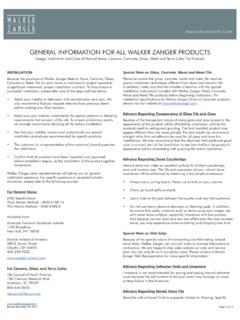 GENERAL INFORMATION FOR ALL WALKER … 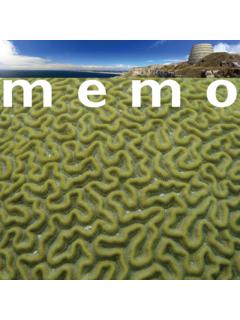 6 Our site on the west cliffs of Portland, overlooking Hallelujah Bay and Chesil Beach, draws together themes of architecture, geology and the natural 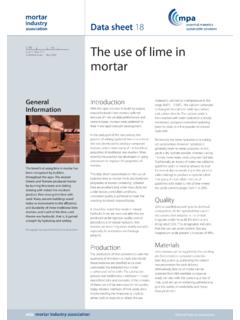 There is a real danger of contact dermatitis or serious burns if skin comes into contact with wet mortar. Wear suitable protective clothing and eye protection.