T&L 818:Thematic Unit Fall 2003- Dr. Paul Garcia By: Connie Ubben and Aaron Faulkner Theme: Crime . Purpose: The lessons designed for this unit are intended as a guide to help students work in a communicative classroom environment making connections with different aspects of Crime that blends listening, speaking, reading, and writing. Grade Level: This thematic unit is intended for adult ESL students in the intermediate level, but can also be used in high school (9-12th) intermediate and advanced level classrooms. With modifications the lessons could be made adaptable to the skill levels of younger ESL students. Thematic Unit ESL Goals: Goal 1, Standard 3-To use English to communicate in social settings: Students will use learning strategies to extend their communicative competence. Goal 2, Standard 2-To use English to achieve academically in all content areas: Students will use English to obtain, process, construct, and provide subject matter information in spoken and written form.

1 T&L 818:Thematic Unit Fall 2003- Dr. Paul Garcia By: Connie Ubben and Aaron Faulkner Theme: Crime . Purpose: The lessons designed for this unit are intended as a guide to help students work in a communicative classroom environment making connections with different aspects of Crime that blends listening, speaking, reading, and writing. Grade Level: This thematic unit is intended for adult ESL students in the intermediate level, but can also be used in high school (9-12th) intermediate and advanced level classrooms. With modifications the lessons could be made adaptable to the skill levels of younger ESL students. Thematic Unit ESL Goals: Goal 1, Standard 3-To use English to communicate in social settings: Students will use learning strategies to extend their communicative competence. Goal 2, Standard 2-To use English to achieve academically in all content areas: Students will use English to obtain, process, construct, and provide subject matter information in spoken and written form.

2 Goal 3, Standard 3-To use English in socially and culturally appropriate ways: Students will use the appropriate learning strategies to extend their sociolinguistic and sociocultural competence. Unit Language Learning Strategies: Direct Strategies: Memory Strategies-Creating mental linkage by: grouping, associating/elaborating, and placing new words into a context. Cognitive Strategies-Practicing, recombining, and practicing naturalistically; Analyzing and reasoning Compensation Strategies-Guessing intelligently using linguistic clues: Overcoming limitations in speaking and writing. Indirect Strategies: Metacognitive Strategies: Centering learning Affective Strategies: Encouraging yourself Social Strategies: Asking questions, cooperating with others, and empathizing with others We believe the activities and lessons in this unit are adaptable for students everywhere; teachers are encouraged to expand on the ideas.

3 Crime Index LESSON 1-Introduction and Crime Vocabulary LESSON 2- grammar -The Passive ( Crime ). LESSON 3- grammar -The Passive (continued). LESSON 4- Small Group Discussion on Crime LESSON 5-Song Activities LESSON 6-Online Lesson- Chain Stories LESSON 7-Game Activities LESSON 8-A Writing Workshop-Writing a Mystery Story RESOURCES. Introduction and Crime Vocabulary Lesson 1. Materials: 1A- Crime vocabulary worksheet 1B- Crime gap-fill worksheet Objective: Students will be introduced to and learn Crime vocabulary Warmer: Write five jumbled words on the board and give the students two minutes to decipher them (Do one as an example so that student have the Crime context in mind. Use a September 11th picture to elicit number one). 1. Iiahkingj=hijacking 2. ailj=jail 3. redurm=murder 4. stinglea=stealing 5.

4 Hefit=thief Procedure: 1. Tell the students your own personal story about seeing a Crime 2. Pair students off and give them two minutes to discuss if they have seen a Crime .. then nominate students to share 3. Web Map-Draw a web map on the board and write Crime in the center (in pairs, students have three minutes to write as many words as they can on paper). 4. Elicit answers from the students and write them on the board. 5. Dictation- Dictate any words that students did not come up with (from Crime Sheet 1A). 6. Handout Crime Sheet 1A and have students read the definition of any new words 7. Pronunciation drills- first drill Crime words chorally and then drill words to individual students 8. Crime Sheet 1B-read half of the examples of the crimes on the paper and ask the students to write (on a blank piece of paper).

5 Which Crime they think it is. Pass out Crime Sheet 1B and students complete the remainder in pairs Assessment: Collect Crime Sheet 1B and check if the students have mastered the vocabulary (1A). CRIMES. 1. Murder 2. Kidnapping Unlawfully and deliberately Taking somebody by killing someone and demanding money or conditions to free that person 3. Burglary To enter a building, often while no one is in it, and steal money or objects 4. Mugging To take something by force from someone, often in the street 5. Pickpocketing To steal from someone's pocket etc, without them realizing 6. Arson 7. Rape To set fire to a To violently attack a person building illegally. sexually. 8. Hijacking To use force to take control of 9. Fraud a plane, ship, train, etc. To deceive or cheat someone to get money 10.

6 Theft 11. Manslaughter Stealing-usually secretly and Killing someone by accident without violence through a careless or dangerous act 12. Smuggling 13. Shoplifting To bring illegal goods, like drugs, To steal things while pretending into a country or to bring goods into to shop a country without paying taxes. (1B). WHAT Crime DID THEY COMMIT? Match these Crime descriptions (a-m) with the crimes (1-13) from the CRIMES worksheet a. _____ b. _____. David Smith got drunk one night John James pretended to start and decided to drive home. As a business and persuaded some he turned a corner he crashed into people to lend him some money. another car an killed the driver. He used the money to go on a c. _____ holiday to the Carribean. Ronnie Tyler pulled out a gun from his pocket and shot the bank guard Peter Short stole a computer from five times in the head.

7 The company he worked for. Vincent Tapper took a pistol and Johnnie Smeghurst set fire to his ordered the pilot to fly to Miami. school after failing all his exams. Joe Sykes forced his ex-girlfriend Paul Winters and Jennifer Summers to make love with him. stopped millionaire William Gates outside his home and forced him to Nigel Handy waited until night, go with them. They demanded 30. carefully forced open the window million dollars from the family to free and climbed into the house. He him. took the TV and a lot of money. Pete Murphy often went to the shopping Anne Clinton walked around the center and took wallets from the people department store and, making sure shopping. The never felt a thing! no one was watching, put two expensive watches into her bag. Harry Lee wated on a dark corner until m.

8 _____ the young woman turned into the street. John Bottomless was caught at Then he jumped out, hit her in the face, the customs with $500,000 worth and ran off with her leather handbag. of cocaine hidden the doors of his car. grammar - The Passive ( Crime ). Lesson 2. Materials: Scrabble pieces, a tennis ball, CD player, worksheet 2A (Edna Snell), and worksheet 2B (News in Brief). Objective: Students will be able to recognize and form passive sentences (presupposes a lesson on subject/object sentences). Warmer: 1. Divide students into groups and give each group scrabble pieces. 2. Write group names on the board 3. Tell the students they are going to form Crime words with the letters 4. Give them two minute to review their worksheets (1A). 5. Read the examples that were collected for homework (1B) and the students make the words by moving the letters on their desks 6.

9 The first team to make the correct word receives a point 7. The team with the most words wins Procedure: 1. Pair the students and then write two sentences on the board A. The car was stolen by the man. B. A man stole the car. 2. Ask the students which sentence they might hear on the news or see in the newspaper 3. Try to elicit the reasons why first sentence is better (the car is the important idea, so it is first + we don't know who did the action). 4. Meaning, form, pronunciation of the passive on the board (to be + past participle=passive). 5. Ball Game: have the students pass a ball around the room while music is playing (each time the music stops, the student who is holding the ball must give the past participle of the verb written on the board eat---eaten). 6. After the game, refer to the written record of past participles on the board.

10 Place the verb to be in front of the various verbs and create a couple examples of passive sentences 7. Newspaper Article: Students find examples of the passive in the Edna Snell (2A) article about a man killed during WWI. 8. Now students will do guided practice of the passive using worksheet 2B (News in Brief). Go over some vocabulary and give the students time to work on the assignment in pairs Assessment: Students take home worksheet 2B (News in Brief) to check their knowledge of how the passive is formed (2A). 105- 105-year- year-old died with lost love's photo by Michael Paterson At the age of only 20, Edna Snell's heart was broken when Billie Smith, the man she planned to marry, was killed in the trenches during the First World War. She was left with a single photograph of her fianc in his uniform. 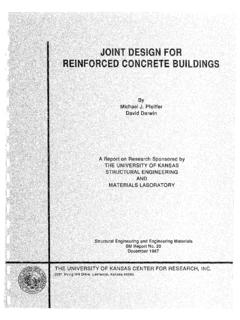 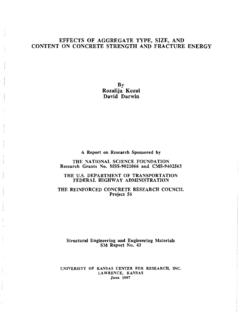 EFFECTS OF AGGREGATE TYPE, SIZE, AND …

EFFECTS OF AGGREGATE TYPE, SIZE, AND CONTENT ON CONCRETE STRENGTH AND FRACTURE ENERGY By Rozalija Kozul David Darwin A Report on Research Sponsored by THE NATIONAL SCIENCE FOUNDATION 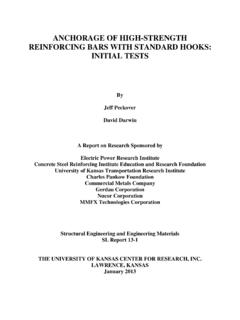 This report describes the initial tests on the anchorage strength of standard hooked bars in concrete. The goal of the testing is to determine the …

1 Title: The Polar Express by Chris Van Allsburg Transported by a magical train to the North Pole, a boy is chosen by Santa to receive the first gift of Christmas. He chooses a … 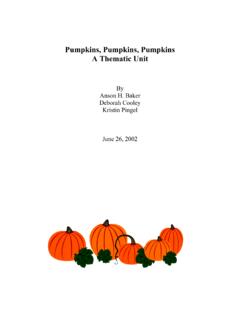 Pumpkins, Pumpkins, Pumpkins A Thematic Unit By Anson H. Baker Deborah Cooley Kristin Pingel June 26, 2002 . 2 ... (See example following lesson). Do a story web then have the students write a story about pumpkins using the learned vocabulary. Provide a word bank for those who need it. EVALUATION OF CORROSION PROTECTION METHODS FOR … 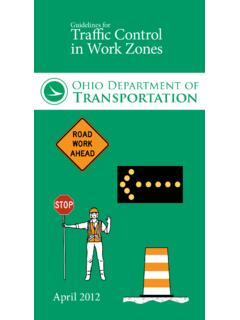 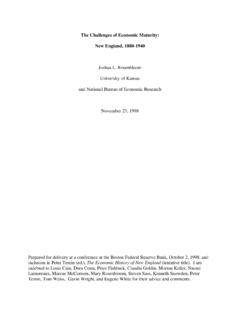 2 textile and boot and shoe industries produced pockets of unemployment and poverty, but overall New England’s economy had continued to grow at a respectable rate between 1880 and 1940. 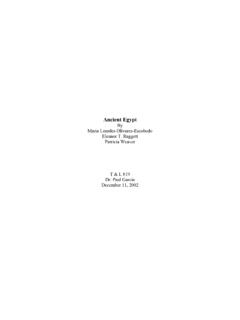 LESSON PLAN FOR FILLING OUT A JOB APPLICATION

Give the groups approximately 2 minutes to estimate the number of errors and write the number on the board by the group number. They may ... grammar, punctuation, completeness, and accuracy. Ink/Type: ... Use action verbs to list your special job-related skills, training, licenses, and accomplishments. ...