Chapter 3. Criteria-based core privileging : a better way to privilege Although credentialing and privileging are related and many people use the term credentialing to include privileging activities, the two processes are distinct. As stated in rule #4 in the Rules of Credentialing . (see Chapter 1), a hospital can grant a practitioner medical staff membership, but not grant him or her clinical privileges. privileging , in particular, presents one of the biggest challenges for medical staff leaders. With today's con- stantly evolving medical technology, the proliferation of new subspecialty areas in medicine, and increased crossover among specialties in performing certain procedures, the task of delineating clinical privileges can be complex and demanding.

1 Chapter 3. Criteria-based core privileging : a better way to privilege Although credentialing and privileging are related and many people use the term credentialing to include privileging activities, the two processes are distinct. As stated in rule #4 in the Rules of Credentialing . (see Chapter 1), a hospital can grant a practitioner medical staff membership, but not grant him or her clinical privileges. privileging , in particular, presents one of the biggest challenges for medical staff leaders. With today's con- stantly evolving medical technology, the proliferation of new subspecialty areas in medicine, and increased crossover among specialties in performing certain procedures, the task of delineating clinical privileges can be complex and demanding.

2 Approaches to privileging Over the years, healthcare organizations have taken various approaches to privileging , the most common being: Laundry lists . Categorization The descriptive approach Combinations of the above three approaches Delineation by codes Because there are many problems associated with each of these approaches, this book recommends using the Criteria-based core privileging approach, described later in this chapter. But first, we'll discuss the other options. Laundry lists Laundry lists, sometimes referred to as privilege lists or privilege cards, are detailed checklists that itemize the procedures/conditions that applicants can specifically request to perform/treat.

4 The American College of Surgeons recommended the laundry list system in the 1950s because many physicians throughout the country had not completed approved residency programs in specific specialty areas. Many were general practitioners or physicians trained on the job after they com- pleted medical school. The laundry list system has remained in use to the present time. Only within the past decade have medical staffs begun to reassess the usefulness of these long, unwieldy lists of proce- dures or conditions. Today, nearly all physicians who apply for appointment and clinical privileges have completed an approved medical training program in one of the 24 American Board of Medical Specialties approved specialties or more than 60 subspecialty areas.

5 Therefore, the original rationale for using laundry lists no longer applies. The Joint Commission has in- dicated that the delineation of clinical privileges need not be so exhaustive, but laundry lists remain a common approach to the delineation of privileges in hospitals. Despite their popularity, laundry lists have numerous shortcomings: Laundry lists are usually not associated with predefined criteria . When practitioners apply for priv- ileges, they simply check off the procedures they would like to perform or the conditions they would like to treat. Typically, the hospital and its medical staff have not defined the criteria that must be met for each requested privilege (there may be criteria for some but not all privileges) even though both The Joint Commission and the Centers for Medicare & Medicaid Services require Criteria-based privi- leging.

6 (See Chapter 2 for more information about requirements related to Criteria-based privileging .). When using laundry lists, applicants are not routinely required to provide specific documentation of training and experience to show that they are qualified for all requested privileges. Practitioners have been known to apply for all privileges listed because they did not want to take the time to request each procedure or condition. In addition, this approach requires highly trained practitioners to place check marks next to the most mundane clinical conditions or procedures for which they have been thoroughly trained and for which their qualifications are unquestioned.

7 Laundry lists are most often procedurally focused. A laundry list commonly includes those proce- dures that a practitioner might want to perform, but often the cognitive areas of practice are not ad- dressed. Laundry lists are often not inclusive. Because of this drawback, many organizations are tempted to write other at the bottom of the request form, which enables practitioners to request to perform procedures or treat conditions for which the hospital has no predefined privileging criteria or that are core Privileges for Physicians, Fourth Edition 17. Chapter 3. outside the scope of services of the hospital. As stated in rule #2 in the Rules of Credentialing (see Chapter 1), a practitioner who is denied a privilege might be entitled to a fair hearing a traumatic, time-consuming process and, in most cases, the hospital must report the denial to the National Practitioner Data Bank (NPDB).

8 The legal issues associated with laundry lists are complex. Can an organization demonstrate that it critically reviewed a practitioner's request when the request was one of 60 or 80 check marks on a form? If a practitioner fails to check a particular procedure on the list and performs that procedure anyway, is the organization liable for a charge of corporate negligence? Did the organization review the applicant's prior education, training, and experience for each privilege requested? These are all legal issues that are open for interpretation when using a laundry list privileging method. Maintaining laundry lists is an extreme administrative and clinical nightmare.

9 New procedures or new conditions are identified, thus requiring that organizations update and maintain these laundry lists on an almost continuous basis. Categorization Categorization, sometimes referred to as categories or levels of privileges, identifies major treatment areas or pro- cedures that are classified based on the degree of complexity of the procedure or illness to be treated. Typically, categories are based on the level of a practitioner's training and experience. Categorization is widely used to delineate privileges in internal or family medicine because this approach seems to be more applicable to medical ( , cognitive) areas than to surgical ( , procedural) areas. 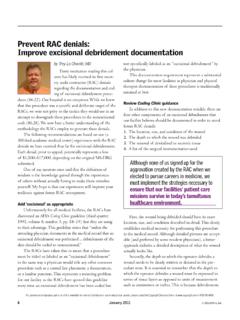 8 January 2011 © 2011 HCPro, Inc. For permission to reproduce part or all of this newsletter for external distribution or use in educational packets, please contact the Copyright Clearance Center at www.copyright.com or 978/750-8400. 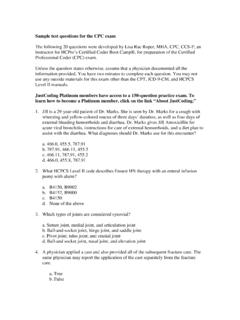 Sample test questions for the CPC exam The following 20 questions were developed by Lisa Rae Roper, MHA, CPC, CCS-P, an instructor for HCPro’s Certified Coder Boot Camp®, for preparation of the Certified

Sepsis and Septicemia: Clear Up Coding and …

Medicare Part A billing: How to code the UB-04

2 Medicare Part A billing: How to code the UB-04 “All occurrence codes have a date, and occurrence code 22 needs to be accompanied by the last covered

Code, Medicare, Part, Billing, Medicare part a billing, How to code the 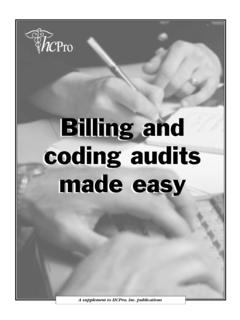 4 Pneumonia coding a self-audit is a good place to start. In brief, you should perform self-audits until you are reasonably satisfied that you are in compliance with the laws and regulations.

Ensure accurate reporting and coding of critical care When the AMA revised the instructions for report-ing ancillary services with critical care in 2011, facili-

Coding CliniC update November 2011 Editor’s note: The following article is provided as a supplement to the July 2011 CdI Journal. Note that this special supplement is not intended to replace or serve 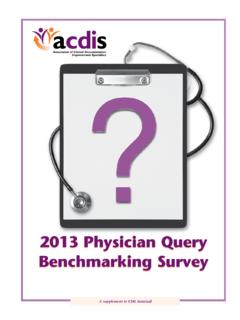 4 2013 Physician Query Benchmarking Survey review records to help guard against physicians who copy and paste patient conditions from one day to the next.