2 Dual and multi-energy (photon counting). CT can reduce beam hardening and provide better tissue contrast. Methods for reducing noise and out-of-field artifacts may enable ultra-high resolution limited-field-of-view imaging of tumors and other structures. Keywords: noise, beam hardening, scatter, pseudoenhancement, metal artifact, dose reduction , iterative reconstruction, dual energy CT, micro CT, ring artifact Executive summary Ring artifact Ring artifact is caused by a miscalibrated or defective detector element, which results in rings centered on the center of rotation. This can often be fixed by recalibrating the detector. Noise Poisson noise is due to the statistical error of low photon counts, and results in random thin bright and dark streaks that appear preferentially along the direction of greatest attenuation. This can be reduced using iterative reconstruction, or by combining data from multiple scans.

4 The Metal Deletion technique (MDT). is an iterative technique that reduces artifacts due to all of these mechanisms. In some cases, the improved image quality can change the diagnosis. Out of field artifact . Out of field artifacts are due to a suboptimal reconstruction algorithm, and can be fixed using a better algorithm. Images can then be acquired using a field of view that is much smaller than the object being scanned, thus reducing the radiation dose. Higher resolution scanners will likely require iterative reconstruction or limited field of view scans to reduce the radiation dose required to achieve an acceptable level of noise. Introduction In an idealized situation, with high radiation dose and thus high photon counts, monochromatic X-rays, infinite detector resolution, perfect detectors, no motion, and no scatter, computed tomography (CT) images would be a perfect reflection of reality.

5 If any of those conditions are not met, then artifacts will occur. In this article, we illustrate commonly encountered artifacts in clinical CT, how they can obscure or simulate pathology, and how they can be reduced. Ring artifact A miscalibrated or defective detector element creates a bright or dark ring centered on the center of rotation [1]. This can sometimes simulate pathology (Figure 1). Usually, recalibrating the detector is sufficient to fix this artifact, although occasionally the detector itself needs to be replaced. A B C. Figure 1. Ring artifact. A. Pelvic CT showing severe ring artifact. B. Head CT with subtle ring artifact simulating a pons lesion (arrow). C. Changing the window / level settings shows the circular reconstruction region, which is centered at the center of rotation. The pons pseudolesion (marked with a small circle) is exactly at the center of the circular reconstruction region, and thus consistent with a ring artifact.

6 Follow-up MRI showed a normal pons. (Author's version) Imaging Med. (2012) 4(2), 229-240 2. CT artifacts : Causes and reduction techniques Boas and Fleischmann Noise Poisson noise is due to the statistical error of low photon counts, and results in random thin bright and dark streaks that appear preferentially in the direction of greatest attenuation (Figure 2). With increased noise, high contrast objects such as bone may still be visible, but low contrast soft tissue boundaries may be obscured. For conventional filtered backprojection (FBP) images, the standard deviation in Hounsfield units (HU) due to Poisson noise [2] is proportional to 1/ slice thickness mAs . This relationship applies when comparing corresponding regions in two images acquired with a different mAs or slice thickness. It also assumes that the underlying tissue has perfectly uniform Hounsfield units.

7 If the underlying tissue is heterogenous, then the standard deviation in Hounsfield units equals , where s1 is the standard deviation due to the tissue texture, and s2 is the standard deviation due to Poisson noise. Poisson noise can be decreased by increasing the mAs. Modern scanners can perform tube current modulation, selectively increasing the dose when acquiring a projection with high attenuation. They also typically use bowtie filters, which provide a higher dose towards the center of the field of view compared to the periphery. There is a tradeoff between noise and resolution, so noise can also be reduced by increasing the slice thickness, using a softer reconstruction kernel (soft tissue kernel instead of bone kernel), or blurring the image. Noise can also be reduced by moving the arms out of the scanned volume for an abdominal CT. If the arms cannot be moved out of the scanned volume, placing them on top of the abdomen should reduce noise relative to placing them at the sides.

8 Similarly, large breasts should be constrained in the front of the thorax rather than on both sides in thoracic and cardiac CT. This is because the noise increases rapidly as the photon counts approach zero, which means that the maximum attenuation has a bigger effect on the noise than the average attenuation. In filtered backprojection, which is the standard reconstruction method on most scanners, the projection data are filtered to sharpen edges, and the filtered data are then backprojected [1]. This assumes accurate projection data, and ignores the fact that low photon counts result in a large Poisson error. On the other hand, iterative methods [3, 4] use a statistical model of the noise to improve the image on each iteration. A wide range of techniques have been proposed, and all major vendors now offer various implementations of iterative reconstructions algorithms on their systems.

9 The basic concept is to find the most probable image given: the projection data, the relationship between the image and the projection data (which can include Poisson noise, beam hardening, and scatter), and the prior distribution of images (which often assumes that smoother images are more probable). This optimization problem is too difficult to solve analytically, and is thus solved iteratively. With noisy projection data, there is a wide range of different images that are consistent with the measured projection data. The prior distribution of images directs the iterative reconstruction to pick a smoother image out of the range of possible images. Iterative methods require faster computer chips, and have only recently become available for clinical use. One iterative method, Model-based iterative reconstruction (MBIR, General Electric) [5, 6] received FDA approval in September 2011 [7].

10 MBIR substantially reduces (Author's version) Imaging Med. (2012) 4(2), 229-240 3. CT artifacts : Causes and reduction techniques Boas and Fleischmann image noise and improves image quality, thus allowing scans to be acquired at lower radiation doses (Figure 3) [2]. Furthermore, due to the tradeoff between noise and resolution, these methods will likely also be important for reducing noise in higher resolution images. Compared to conventional FBP, iterative reconstruction has a different relationship between noise and dose, and has a different noise texture. With FBP, as the dose is reduced, both the noise and image quality become worse. On the other hand, with MBIR, noise and image quality are decoupled: as the dose is reduced, the noise increases only slightly, but resolution worsens, and new artifacts may be introduced at very low dose levels [2]. Thus, traditional measures such as the signal-to-noise ratio are not applicable for MBIR and other iterative reconstruction methods. 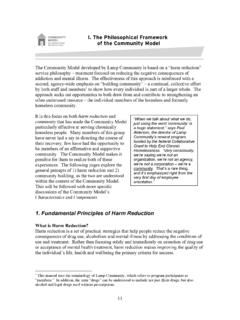 DEF – SCR Training Module The following training module will introduce you to the basic aspects of SCR technology, providing an overview of the Selective Catalytic Reduction 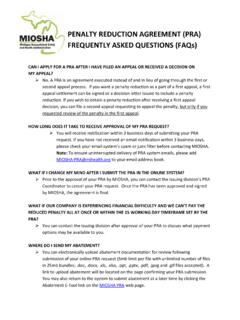 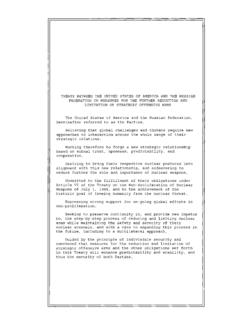 TREATY BETWEEN THE UNITED STATES OF …

Copyright © 2010 HRWebAdvisor.com Reduction in Force Best Practices Checklist In this economic climate, it is vitally important that all employers have a plan and written layoff policy in place before the need 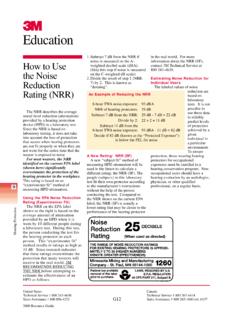