DAN pink 'S THEORY OF INTRINSIC motivation A WORK OF FACT OR DUBIOUS FICTION? "Drive: The Surprising Truth About What Motivates Us" by Dan pink is one of the best known books in high-technology circles ( ). Dan has authored numerous other bestsellers, such as "A Whole New Mind" and "To Sell is Human." Dan pink felt the time was right to make the case for the power of non-monetary rewards vs. classical "carrot-and- stick" monetary rewards. (See this example of Dan pink 's model, ). Drive went "viral" with a YouTube video short enough for today's busy executive and has been viewed over 10 million times ( ). It is often used to justify every post-industrial era model or framework for building complex 21st century new products and services based on socio-psychological theories of human motivation (vs.)

DAN PINK'S THEORY OF INTRINSIC MOTIVATION—A WORK OF FACT OR DUBIOUS FICTION? "Drive: The Surprising Truth About What Motivates Us" by Dan Pink is one of the best known books in high-technology circles

1 DAN pink 'S THEORY OF INTRINSIC motivation A WORK OF FACT OR DUBIOUS FICTION? "Drive: The Surprising Truth About What Motivates Us" by Dan pink is one of the best known books in high-technology circles ( ). Dan has authored numerous other bestsellers, such as "A Whole New Mind" and "To Sell is Human." Dan pink felt the time was right to make the case for the power of non-monetary rewards vs. classical "carrot-and- stick" monetary rewards. (See this example of Dan pink 's model, ). Drive went "viral" with a YouTube video short enough for today's busy executive and has been viewed over 10 million times ( ). It is often used to justify every post-industrial era model or framework for building complex 21st century new products and services based on socio-psychological theories of human motivation (vs.)

2 The residual linear manufacturing or economic paradigms such as six sigma, lean, and kanban attributed to the early 20th century). The field of motivation THEORY dates back nearly a century. Early research began in the 1920s with the Hawthorne studies. These sought to view humans as complex social creatures, rather than machines (as in the Scientific Management Era). The earliest formal publications on " motivation THEORY " appeared in the 1930s. (See ). One of the best-known models was Maslow's "Hierarchy of Needs" (1943). Another early giant was Herzberg's " motivation - Hygiene THEORY " (1949). Many other variants of these basic models emerged over the ensuing decades. The latter became " INTRINSIC -Extrinsic THEORY " (1966). Thus began the 45 year debate on non-monetary (internal) vs.

4 The world's first electronic computer emerged in 1945 and computer technology was used as a hammer or "one best solution" to solve all major problems of the day ( , military, aircraft, business data processing, high-finance, factory automation, and a variety of enterprise automation needs). 'Sound familiar? Doesn't this sound like Frederick Taylor's "one best way?". The fields of project management, systems engineering, and software engineering emerged to help stabilize the uncertainty associated with complex new systems. They were based on yet another myriad or plethora of extrinsic motivators such as project plans, schedules, timelines, budgets, earned value, requirements, architectures, designs, tests, and other support disciplines. Voluminous collections of extrinsic motivators amalgamated into blockbuster industry frameworks, models, and standards.

5 Just some of these included PMBoK, SEBoK, SWEBoK, CMMI, ISO 9001, BABoK, CMBoK, and a veritable smorgasbord of quality management systems, maturity models, and international standards. Most were based on manufacturing theories directly related to Frederick Taylor's Principles of Scientific Management. It was like the world existed as two parallel universes in diametric or polar opposition to one another. On one hand, socio- psychologists believed INTRINSIC , non-monetary, non-scientific principles were the primary drivers of human motivation . Yet, businesses, project managers, and systems engineers clung to the extrinsic motivators of scientific management principles. A system is a triad of people, process, and technology, where people are the lion's share or more than 80% of the equation (according to the Pareto Principle).

6 Later on, engineers recognized this and gave lip service to notion of INTRINSIC motivators ( , PMBoK and SEBoK). Others just ignored them all together (CMMI). However, INTRINSIC motivators were often relegated to a minor, inadequate, and inconsequential treatment of human resources ( , identify and fulfill skills to meet system requirements). Human resources was only involved in hiring and firing people, but never in the middle motivating people to perform at higher levels with anything other than extrinsic rewards. That is, the larger body of research into the dimensions and variables of INTRINSIC motivation was often ignored (save an occasional picnic or holiday party where executives other privileged personnel on overhead could size up and show up front-line directly-billable workers who generated organizational revenue by their manual labor).

7 Lately, it has now become politically-correct to view an organization's employees as highly-sensitive, emotional, right-brained creatures. This was in opposition to the view of humans as non-emotional, left-brained automatons, computers, or machines. Dan pink 's THEORY of motivation is based on the simple notion that people have the INTRINSIC or internal capability of unleashing the power to transform organizations, society, nations, and even the globe. That is, the human mind, human willpower, and creative or innovative side of humanity, is capable of producing products and services at previously unimaginable levels of productivity, cost, and quality performance. Early management scientists had little faith in the abilities of common workers and viewed them as necessary evils for moving materials from point A to point B ( , machines or even animals).

8 For example, when driven by INTRINSIC desire or self-interest, people will spend years and countless hours to develop new ideas, travel all over the world, communicate with thousands of people, learn new skills, master innovations, teach new ideas, and write numerous books and articles describing their activities. They'll spend thousands of hours doing their favorite activities without compensation and give away their intellectual property valued in the millions of dollars for free. And they'll do this for nothing more than personal satisfaction. In other words, you can't pay some people enough to do what they'll otherwise enjoy doing for free. That's all Dan pink is saying, personal satisfaction causes some people to work like a small army for free, develop higher quality products and services than people get paid to do, work at a higher level of productivity, and feel like they're on top of the world.

9 Highly motivated employees render millions of dollars in free advertising revenues for their firms, which is like getting free Super Bowl advertisements for nothing. However, unless Dan pink 's principles of INTRINSIC motivation are institutionalized, firms rarely recognize these contributions and may even "punish" them (giving credence to the old adage, "no good deed goes unpunished"). However, an organization's employees, no matter how well compensated, reassured, trained, educated, or even threatened to satisfy an organization's goals and objectives, will often fail to produce anything at all. Even sophisticated management systems such as project management, systems engineering, or software engineering plans, requirements, schedules, deadlines, or other manufacturing process innovations do not seem to help.

10 At today's rates, it doesn't take long before someone is paid a few million dollars over time with little return on investment. (Even formal multi-million dollar advertising campaigns seem to be ineffective.). The flip side of what Dan pink is saying is that "you can't pay a small army of people a million dollars" to do what a single highly- motivated individual can and will voluntarily do for free, especially when that individual has a strong sense of personal fulfillment. Dan pink 's THEORY is the story of every entrepreneur who created an empire from the motivation deep within their hearts, not a business plan, project plan, system specification, or contract with strict legal stipulations for default ( , Gordon Moore, Andrew Grove, Seymour Cray, Gene Amdahl, Steve Jobs, Bill Gates, Larry Page, Sergey Brin, Jerry Yang, Dave Filo, Marc Andreesson, Albert Einstein, Thomas Edison, Kelly Johnson, Leonardo da Vinci, Louis Pasteur, Michelangelo, Galileo, Tim Berners Lee, etc.) 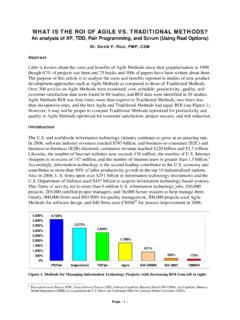 WHAT IS THE ROI OF AGILE VS. TRADITIONAL …

The Business Value of Using Agile Project Management for New Products and Services by Dr. David F. Rico, PMP, ACP, CSM What is the business value of agile project management for creating new products and services? 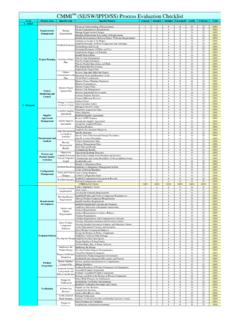 Portfolio Lean Portfolio Metrics Comprehensive but Lean set of metrics that can be used to assess internal and external progress for an entire portfolio. Portfolio Kanban Ensures Epics and Enablers are reasoned and analyzed prior to a PI boundary, prioritized, and have acceptance criteria. Epic Burn-up Chart Tracks progress toward epic completion, i.e., Initial estimate, Work completed, and ... 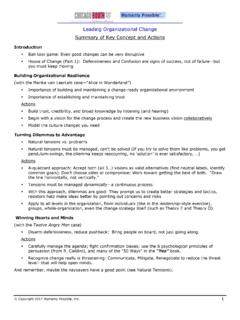 Leading Organizational Change 2 Leading People to Face the Future Together (with the CBG-Blackwell case—“Banking on Change”) In change, different subgroups in organizations have different perspectives on the change (e.g.,