2 My position is anchored on a holistic reading of the Constitution, which leads me to no other conclusion but that the intent of the framers is to ensure that the principles of separation of powers and checks and balance, and the independence of constitutional offices be maintained. Below, I. explain my construction and understanding of the relevant constitutional provisions and principles; in gist, I maintain that impeachment, not quo warranto, is the mode of removal from office of an appointive impeachable officer who does not possess the qualifications required by the Constitution for the position.

3 THE ISSUES FOR RESOLUTION. Before the Court, the petition presents two core issues - one jurisdictional, and the other, substantive. The first asks whether this Court has jurisdiction over a quo warranto petition against an impeachable official. Subsumed in this question is whether the Constitution allows the removal from office of an impeachable official by modes other than impeachment. The second questions whether the respondent met the qualifications reguired by the Constitution to become a Member of this Court. Since it is my view that this Court is without jurisdiction over th;, ~~.

4 //fi Dissenting Opinion - 2- No. 237428. present proceeding, my discussion will focus mainly on the jurisdictional issue. The jurisdictional issue The ponencia relies on two constitutional prov1s10ns to justify the Court's assumption of jurisdiction over the present proceeding. First is the express grant of original jurisdiction over quo warranto petitions to this Court under Section 5(1), Article VIII of the Constitution. Second is the absence of an express provision in the Constitution restricting the removal from office of an impeachable officer solely to impeachment. Referring to Section 2, Article XI of the Constitution, the ponencia declares that nothing in its language forecloses a quo warranto action against impeachable officers.

5 1. With due respect, I disagree with the ponencia and find that these provisions, in and of themselves, do not justify the Court's act of assuming jurisdiction over the petition and giving it due course. I believe that the reasoning adopted by the ponencia is based on an attenuated appreciation of the Constitution and its underlying principles, thereby disregarding well- settled rules on constitutional construction. In Francisco v. House ofRepresentatives, 2 this Court listed three main rules on constitutional construction: "First, verba legis where, whenever possible, the words used in the Constitution must be given their ordinary meaning except where technical terms are employed.

7 Commission on Elections, Nos. 147589 & 147613, June 26, 2001, 359 SCRA 698, 724. 5. Tuason & Co., Inc. v. land Tenure Administration, 31 SCRA 413 (I 970), cited in Francisco v. House of Representatives, Supra. 6. Supra. Dissenting Opinion - 3- No. 237428. provision, courts should consider the objective sought to be accomplished and/or the evils sought to be prevented or remedied by the framers. 7. "Finally, ut magis valeat quam pereat. The Constitution is to be interpreted as a whole." 8 Constitutional provisions do not stand alone and cannot be read independently of one another. 9 These should be considered together with other parts, and kept subservient to the general intent of the whole enactment.

10 Dissenting Opinion -4- No. 237428. (1) Exercise original jurisdiction over cases affecting ambassadors, other public ministers, and consuls, and over petitions for certiorari, prohibition, mandamus, quo warranto, and habeas corpus. [emphasis supplied]. Although the Court is vested by no less than the Constitution with jurisdiction over these petitions, it cannot directly and immediately assume jurisdiction upon the mere filing of a petition, as other relevant laws and principles must be taken into "account. The Constitution does not operate in a vacuum, and the application of its provisions can vary depending on the context within which they are applied. 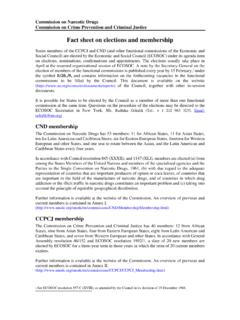 Fact sheet on elections and membership 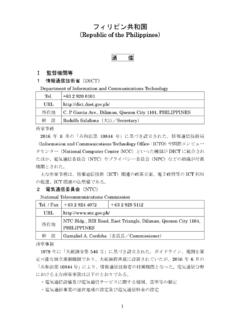 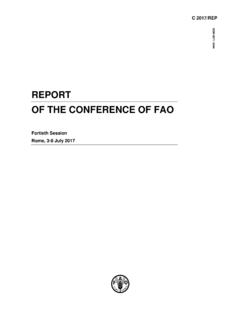 REPORT OF THE CONFERENCE OF FAO

Report, Conference, Report of the conference of 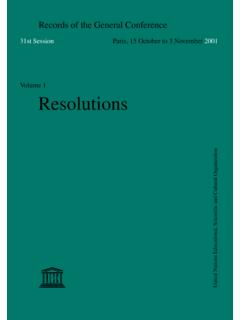 Published in 2002 by the United Nations Educational, Scientific and Cultural Organization 7, place de Fontenoy, 75352 PARIS 07 SP Composed and printed in the workshops of UNESCO… 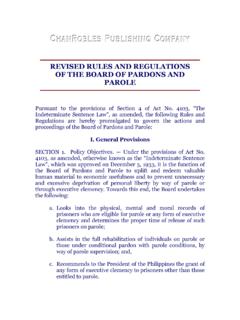 REVISED RULES AND REGULATIONS OF THE …

REVISED RULES AND REGULATIONS OF THE BOARD OF PARDONS AND PAROLE Pursuant to the provisions of Section 4 of Act No. 4103, “The Indeterminate Sentence Law”, as amended, the following Rules and

Rules, Regulations, Revised, Board, Parole, Padron, Revised rules and regulations of, Board of pardons and parole

Sheet on elections and membership, Commission, Republic of the Philippines, Report of the conference of, UNESCO, REVISED RULES AND REGULATIONS OF, BOARD OF PARDONS AND PAROLE