Housing affordability for all 92 markets is shown by median multiple in Table 4 and by nation in Table 5 (following Section 5 in the report below). Context: The Pandemic Demand Shock: There has been an unprecedented deterioration in hous-ing affordability during the pandemic. The number of severely unaffordable markets rose 60% in

2 Years previously. This compared to net asset values of Equity and Investment funds of a mere'. to the Halifax the value of the UK HOUSING stock had risen another 500billion to 6tn by November 2017, up from just over 4tn in 2007. No wonder the British a country largely of homeowners are obsessed with the asset value of HOUSING while at the same time complaining about the real crisis of HOUSING AFFORDABILITY . This is of course the first paradox of HOUSING AFFORDABILITY ': HOUSING is both an asset and a good providing a flow of HOUSING services a place to live. The interests of house owners do not align with those of would be house owners.

3 Rising house prices relative to incomes pit the old against the young and the rich against the poor. Before we can have useful debates or even give a balanced assessment of the issues we need good measures. Here DEMOGRAPHIA has done wonders over the past decade to focus public debate on the inequity of rising house prices relative to incomes. As Oliver Hartwich in his Introduction to the 13th edition last year said DEMOGRAPHIA 's median multiple' approach firmly established a benchmark for HOUSING AFFORDABILITY by linking median house prices to median household incomes. It is not a perfect measure because it does not account for house sizes or build quality.

4 But it is the only index that allows a quick comparison of different HOUSING markets, and it is the best approximation of HOUSING AFFORDABILITY measures we have to date.. 14th Annual DEMOGRAPHIA INTERNATIONAL HOUSING AFFORDABILITY Survey (2017: 3rd Quarter) A. We agree. Apart from the median multiple being simple and useful, it is also the only measure out there for purposes of INTERNATIONAL comparison. The point of this introduction is to explore how it fares when we pull it about: using more precise definitions of what spatial HOUSING markets might really be, accounting for differences in HOUSING unit size and looking at the impact of HOUSING AFFORDABILITY for households at different places in the overall distribution of incomes.

5 We do this using data for Britain: the cradle of HOUSING unaffordability and the originator of the ideas and mechanisms of planning which have contributed so much to the problem: Green Belts and planning by unpredictable political processes! What we do and what we find i) Replication DEMOGRAPHIA did not originate the median multiple' (MM) as a measure of HOUSING AFFORDABILITY but they have done great work popularising it. As academics, however, we believe in replicability'. So, our first task was just to see if, using no more than the information about sources and methods in last year's issue, we could replicate the 3rd Quarter 2016 MMs for the UK HOUSING markets shown in the 13th Survey1.

6 Our exact sample of transacted houses was not identical and our estimates of median household incomes are a bit different but the broad conclusion is that the replication was successful. The correlation between our estimated MMs and those reported by DEMOGRAPHIA is Both sets of MMs are shown in columns 3 and 4 of Table 1 and illustrated in the following figure. ii) HOUSING markets The next issue is what is a HOUSING market'. Elementary urban economics tells us that HOUSING markets are spatially bounded and their extent is determined by the need to travel to all house purchases are paid forout of incomes and to earn those incomes people must travel to , HOUSING markets are essentially coincident with broadly defined urban areas Functional Urban Regions.

7 Until very recently, although there were official definitions and data for such areas in the US, they were not defined in many other countries. Now since 2014 the OECD has defined such regions on a comparable INTERNATIONAL basis but provides only a limited set of data for them not including house prices or even household incomes. As a result, while DEMOGRAPHIA is able to use core-based urban regions for the US and a few other countries, it does not in Europe. Here they have had to use data for Eurostat's official administrative regions. In Britain these are a mixture of Counties, Unitary Authorities and even Government Regions, such as Greater London.

8 These, in economic terms, are a disparate group, seldom corresponding to actual HOUSING markets, so our next step was to estimate MMs for areas more closely matching HOUSING market areas. In Britain, there is a set of widely used Travel to Work Areas 1 Sources: In addition to the data referenced in DEMOGRAPHIA 's 13th Edition we used: Annual Survey of Hours and Earnings (ASHE) and the Effects of Taxes and Benefits on Household Income dataset from Office for National Statistics to calculate median household income and income distributions.; National Statistics Postcode Lookup Centroids from Office for National Statistics to identify TTWAs; Domestic Energy Performance Certificate Register published by Department for Communities and Local Government to calculate house size and price per m2 in England and Wales; Policy paper tax and tax credit rates and thresholds for 2016-17 from HM Treasury to calculate after tax and national insurance household income.

9 14th Annual DEMOGRAPHIA INTERNATIONAL HOUSING AFFORDABILITY Survey (2017: 3rd Quarter) B. TTWA) that we take as functional urban areas We focus only on TTWAs that were located within the administrative regions used by DEMOGRAPHIA and that had a significant town in them. We can see from Table 1 that while some DEMOGRAPHIA HOUSING Markets' such as Aberdeen, Cardiff or Liverpool & Merseyside corresponded to just one TTWA, others such as Birmingham & West Midlands, covered several TTWAs and at the extreme, in London Ex-urbs', there are 12 TTWAs with MMs in our replications varying from (Peterborough) to (Brighton). These compare to our replication MMs for the corresponding DEMOGRAPHIA market of One should remember, however, that our TTWAs in the London Ex-urbs do not cover its whole area.

10 Note: The figure illustrates our replication of the DEMOGRAPHIA median multiples. The vertical axis represents the DEMOGRAPHIA multiple as included in the 2016 report. The horizontal axis represents ourreplication multiple. The line corresponds to fitted values of a linear regression. The correlation between variables is 2 These are not strictly urban regions since the criterion used to define their boundaries is self-containment': 75%, of the employed population resident in them also work in them. Unlike urban regions therefore their extent necessarily covers the whole country and some may be quite rural: the Orkney Islands, for example, constitute a TTWA. 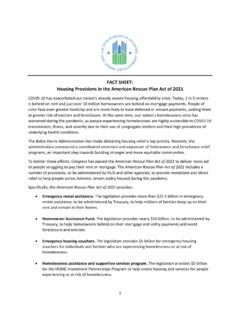 by assuring a fair return on the investment by landlords and to provide for the matters connected with the purposes aforesaid. ... of any premises or part thereof in a building vesting in or leased to a co-operative housing society registered or deemed to be registered under the Maharashtra Co-operative Societies Act, 1960; but does not include ...

HOUSING AND POVERTY Until recently, a combination of social housing, Housing Benefit and the homelessness safety net has provided protection against poverty. ... • Investment in new homes creates jobs, and costs the government less over the longer term than subsidising high rents. Action is required by central and local government and by ...

14.2 Affordable Housing Underwriting and Program Guidance In Other Parts of the MAP Guide Guidance for processing and underwriting insured loans for affordable housing projects under the various mortgage insurance programs can be found in other chapters and appendices of this Guide, noted in the chart below: MAP Guide Section Number Content 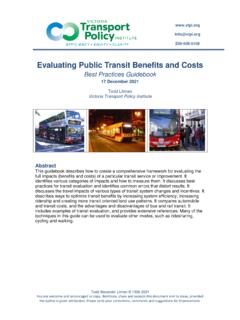