Demystifying Human Rights Protection in Asia 5 writings of Sima Qian and Confucius),4 or to religious minorities (think about the legacy of Cyrus the Great with regard to the protection of the Jews). Rules providing a minimum amount of protection during armed conflict have been codified

2 12. C. Is there growing recognition of the universality of Human Rights in Asia despite the sporadic re- emergence of opposing trends? 13. Part Two: Domestic Human Rights Protection in Asian states 15. 1. Civil and political Rights ; economic and social Rights : perspectives 15. A. The assertion and questioning of civil and political Rights 15. B. Are economic and social Rights given primacy of importance? 19. C. Specious distinctions and perverse effects 20. 2. Promotion and Protection ? Implementing and guaranteeing Rights 22. A. An implicit dichotomy 22. B. Have internal changes led to an improvement in the Protection of Rights ? 23. C. Persistent impediments to the fulfilment of Human Rights 25. Part Three: Regional perspectives for the Protection of Human Rights 28.

4 2. How Asian states respond to and influence the UN system 39. A. Levels of commitment vary 40. B. The behaviour of Asian states in international arenas: the case of the Human Rights Council 44. Conclusion: the prospects 49. Introduction: Asia and Human Rights From the start, any critical analysis of Human Rights Protection in Asia has to contend with semantics. Circumscribing the Asian continent is not simple because of the variations in boundaries across time,1 and the fact that people in positions of authority as well as social groups have not been inclined to regard the continent as a coherent geographical whole; moreover, the addition of Human Rights to the equation further exposes the analysis of Human Rights Protection in Asia to a series of opposing forces among which the tension between universalism and relativism plays a central role.

5 Any one conducting this type of analysis runs three major risks. The first which in a more general context could be referred to as orientalism,2 culturalism or essentialism is arguing that there are cultural barriers to the Protection of Human Rights in Asia. In arguing a reified culture one that is seen as uniform in substance and development and sacrosanct (an essence ) the defenders of the type of relativism that aims to weaken the guarantees provided by the international Human Rights system are joined by extrinsic observers who may have doubts as to the complexity of Asian societies and thus lay down their weapons before the battle has even started. As we will demonstrate, these types of arguments continue to be used by some actors, either as a comprehensive discursive strategy or in specific instances, to deny the applicability of particular Human Rights .

6 They are also used to deny external actors the right to speak about a society of which they are not a member: the voice problem that anthropologists are familiar with. The second risk, which partially overlaps the first, is that of ethnocentrism. The external observer is tempted to assess behaviours, values or cultural traits on the basis of criteria established by his or her own culture. One must bear in mind that all Human beings are susceptible to this because simplification and evaluative judgment are part of the categorisation process that is inherent to cognitive functions. It is equally important, however, to not relinquish judgment entirely by reasserting the universal nature of Human dignity and of the Rights that protect it.

7 This is the ultimate aim of the philosophy of Human Rights . Frequently, what is perceived as a cultural trait is nothing more than disguised domination. Human Rights are a means of combating the idea that inequalities are the natural state of things. The third type of risk is applying an evolutionistic approach and assuming that a particular society, identified arbitrarily, can serve as a reference for other societies that are purported to be at other stages of advancement and destined either to follow the same pattern as the reference society or disappear. While this may sound like an archaic colonial clich , it still serves a purpose, be it for the media or for common sense: to discredit societies or practices ( , female genital mutilation, corporal punishment or the criminalisation of homosexuality) by qualifying them as backwards.

8 These types of comments are not constructive to the discussion. As anachronic as they may seem, the very serious breaches of Human Rights that are mentioned above and that are covered by the media are indeed being committed in the 21st century and are the manifestation of forms of domination, by individuals or social groups, that are facilitated by the exercise of power without any legal or moral obligations. A fourth type of risk can be added to the three described previously; one that is sometimes made evident by the focus the media give to the relation between Asia and Human Rights and consists of a form of fatalism or pessimism that disregards advancements and concentrates exclusively on the forces of inertia.

9 While some of the most egregious Human Rights situations are found in Asia (North Korea, Iran, Laos, Vietnam, Afghanistan, Burma, etc.), the continent has also seen the rise of democratic regimes (India and Japan,3 for example), institutions and practices, as well as experiments in greater openness with respect to democratisation ( , South Korea, Indonesia, the Philippines). Asia has a long humanist tradition whose evolution is concomitant with the crystallisation, throughout the world, of norms of behaviour that are based on the respect for Human dignity. We need only point out philosophical treatises such as the Mahabharata, or rules and customs that guarantee Rights to the most vulnerable groups, such as civilians and the wounded in wartime (the Hammurabi Code, the Laws of Manu, the practices of Empress Jingu, the 1.)

10 See Fran ois Godement and Guibourg Delamotte (eds.), G opolitique de l'Asie (Paris: Armand Colin-SEDES, 2007). 2. In his famous treatise, Orientalism (New York: Vintage, 1979), Edward Said describes how the West through its literary, artistic and academic works created and spread a uniform and inexistent Orient that negates its history and complexity. 3. See Dae-Jung Kim, Is Culture Destiny? The Myth of Asia's Anti-Democratic Values , 73 Foreign Affairs 6 (1994), pp. 189-194. 4 Demystifying Human Rights Protection in Asia writings of Sima Qian and Confucius),4 or to religious minorities (think about the legacy of Cyrus the Great with regard to the Protection of the Jews). Rules providing a minimum amount of Protection during armed conflict have been codified throughout the world to provide for Human treatment. 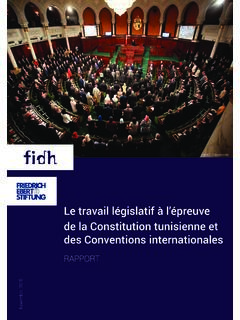 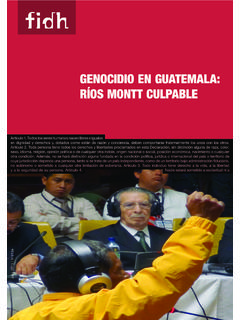 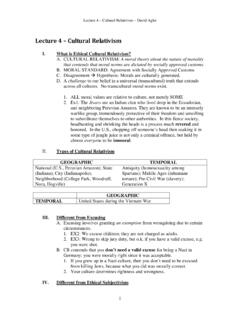