2 While living there, the baby Margaret was born in 1804. She was called Peggy. Abraham wrote a number of poems which were published in book form in Baltimore in 1805. [2]. Abraham (John in Lena's notebook) was probably a cousin to Betsy Patterson 's father, William (wife Dorcas) of Baltimore. Betsy married Jerome Bonapart (Napoleon's younger brother) December 24, 1803. She secured a divorce in Maryland about 1812 or 1813, after Napoleon, who did not recognize the marriage, married Jerome to Catherine of Wurttemberg. [3]. Abraham preferred to live in the North a "free" country since he did not approve of slavery [Maryland was actually a slave state - CAR], but Margaret wanted to come south, where her sister Mrs. Mollie Johnson lived in South Carolina. [2]. Abraham may have had a brother, R.

3 A. Patterson , who also immigrated to America. [2]. Abraham was given an "English" education and became a prosperous farmer and merchant in Ireland as well a an elder in the Presbyterian church. Having been invloved in the controversy over Ireland's freedom, Abraham and Margaret fled to America in 1803, coming to Baltimore, Maryland. They remained there two years, during which time Abraham published a book of poetry and daughter Margaret was born. They moved to Chester County, SC, because Margaret wanted to be close to her sister, Mrs. Mollie Johnston. In 1806, on a visit to Charleston, Abraham contracted yellow fever and died. [1]. In 1804 there is an Abraham Patterson , grocer, living in Baltimore, Maryland, at 16, Pitt Street, Fells Point, West Side From George Street.

5 Noted events in his life were: Alt. Death: 24 Jul 1806, Chester district, South Carolina. 5. Abraham married Margaret Caldwell, daughter of Job Colwell and Nancy McDowell, on 13 Jul 1789 in Margaret was born in 1772 in Ireland,6 died on 5 Feb 1825 in South Carolina7 at age 53, and was buried in Old Purity Presbyterian Church, Chester, South Another name for Margaret was Margaret They had eight children: Mary Ann, James , Elizabeth D, Jane A, Job Caldwell, Alexander, Sarah Ferrell, and Margaret M. Marriage Notes: Lena Terry's notebook lists the same children found in the Patterson /Terry bible pages for Abraham and Margaret as being children of John Patterson and Sarah Ferrell. I believe the bible pages show the correct parents. General Notes: Margaret and Abraham moved from Baltimore, Maryland, to Chester Co, South Carolina, because Margaret wanted to be near her sister Mrs.

6 Mollie Johnston. [1]. In 1806, Abraham died leaving Margaret a widow of 34, newly immigrated to the United States, and with eight children between the ages of 16 and 5. There were several Caldwells in the 1810 and 1820 Censuses for Chester County, SC, so perhaps they were relatives of Margaret's, in addition to her sister Mollie, who helped her through this time. In the 1810 Census, Margaret Patterson is living in Chester Village, Chester County, South Carolina. In the house are one male under age 10 (Alexander), one male between 10 & 15. (Job), two females under 10 (Sarah & Margaret), 1 female between 10 & 15 (Jane), two females between 16 & 25 (Mary Ann & Eliza), and one female between 26 & 44 (Margaret). In the 1820 Census, Margaret is living in Chester County, South Carolina.

7 Living in the house are one male age 26 to 45 ( James ), one female under 10 (daughter Margaret), two females between 10 & 16, and one female over 45 (Margaret). Perhaps the census taker placed his count in the wrong column, and there should be two females between 16 & 26. (daughters Sarah, 20, & Margaret, 19). Margaret has one female slave between 26 & 45. Margaret died in 1825 of palsy at her sister's, Mrs. Mollie Johnson. [2]. The Patterson /Terry family bible pages list under deaths Margaret Patterson on 5th February 1825. [1] Descendants of John & Robert Ellison, by Clara Ellison Erath, 1972. [2] Job Caldwell Patterson Family by Mrs Olin W Patterson - History of Stewart County GA, 1958, by Helen E Terrill 3-Mary Ann Patterson8 was born on 13 May 1790 in Ireland,9 died on 2 Sep 1854 in Talbot County, Georgia10 at age 64, and was buried in Ephesus Presbyterian Church, Woodland, Mary married Alexander Cabeen,12 son of Thomas Cabeen and Isabella Euphemia Graham, on 28 Dec 1815 in probably Chester Co, South Carolina.

10 A marker honoring Revolutionary soldiers buried in the cemetery lists Thomas Cabeen, 1752-1801. [Old Purity Presby. Church Cemetery transcription]. Alexander's first wife Margaret died between 1810 and 1815. On 28 December 1815, Alexander married Mary Ann Patterson , probably in Chester County where they both lived. In the 1820 Census, lists an Alexander Cabun and an Effy Cabun on the index for Chester Co., South Carolina. So far, am unable to find them on the images. In the 1830 Census, Alexander Cabeen is living in Upson County, Georgia. Living in the house are 1 male, age 40-50 (Alexander), 1 female, age 15-20, (Alexander's daughter Caroline, abt 20 in 1830) and 1 female, age 30-40 (Mary Ann). Alexander owns 8 slaves. In 1832 Alexander Cabeen participated in the Georgia Cherokee Land Lottery to obtain land in the northeastern part of the state that had recently belonged to the Cherokee Indians. 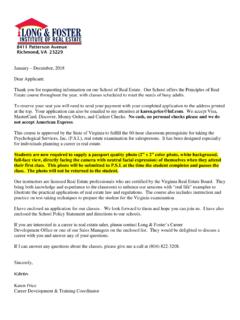 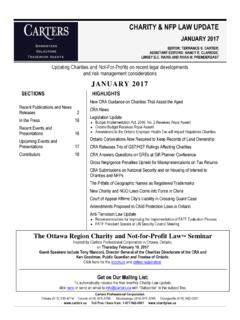 PAGE 4 OF 22 January 2017 www.carters.ca www.charitylaw.ca Ontario Budget Receives Royal Assent On December 8, 2016, Bill 70 – Building Ontario Up for Everyone Act (Budget Measures), 2016 received Royal Assent. Of interest to charities are the amendments to the Municipal Act, 2001 and the City of Toronto Act, 2006.