DESIGN liability , DEFECTIVE BUILDINGS AND remedies AT LAW 2007. Simon J A Tolson 10 12 September 2007. IBC construction LAW. SUMMER SCHOOL construction LAW. Summary: The aim of this paper is to consider and analyse the subject of DESIGN risk, responsibility for DESIGN , redress when it goes wrong and the courts' approach to the assessment of damages. Contents: 1 building it wrong 2 DESIGN risk the choice of contract and procurement strategy 3 Contract selection 4 Fitness for purpose in DESIGN and build contracts 5 The application of the fitness for purpose obligation 6 The practical consequences of building to difficult designs for the contractor hard law 7 Implied variation arguments through difficulty of the build 8 How should DESIGN risk be allocated?

1 DESIGN liability , DEFECTIVE BUILDINGS AND remedies AT LAW 2007. Simon J A Tolson 10 12 September 2007. IBC construction LAW. SUMMER SCHOOL construction LAW. Summary: The aim of this paper is to consider and analyse the subject of DESIGN risk, responsibility for DESIGN , redress when it goes wrong and the courts' approach to the assessment of damages. Contents: 1 building it wrong 2 DESIGN risk the choice of contract and procurement strategy 3 Contract selection 4 Fitness for purpose in DESIGN and build contracts 5 The application of the fitness for purpose obligation 6 The practical consequences of building to difficult designs for the contractor hard law 7 Implied variation arguments through difficulty of the build 8 How should DESIGN risk be allocated?

2 Best practice . 9 DESIGN responsibility the how and the what of construction 10 Principles versus practical realities buildability 11 What if the DESIGN is based on incomplete data or assumptions? 12 Should the designer warn the client that the DESIGN is novel? 13 Can the employer's own expertise reduce the primary designer's liability ? 14 What is the designer's duty to his client? 15 What happens where the DESIGN professional carries out DESIGN plus contract administration? 16 Who said there was no liability for pure economic loss whether you are a contractor or a designer? 17 What happens to DESIGN risk in D&B contracts?

3 18 What limitations upon liability for DESIGN and defects should be included in D&B. contract conditions to limit exposure? 19 Insurance issues and D&B. 20 Cost of reinstatement versus diminution in value 21 DESIGN liability under JCT 05. 22 JCT Major Projects Form 23 The ECC 3. building it wrong 1 construction is a fascinating subject and even more so when one looks at what can go wrong. As DESIGN is an iterative process DESIGN failings are amongst the most colourful. DESIGN usually involves refinement or changes as a result of further discussion and consideration given by the designer, other team members, the client, contractor, or It also gets more detailed as project time passes starting as an outline concept and finishing as fully detailed proposals.

4 A DESIGN element may involve more than one party such as specialist contractors whose detailed DESIGN may necessitate returning to the scheme designers for changes to the basic DESIGN assumptions and DESIGN developed on major projects for as long as 5 to 10 years before being plonked in the lap of a DESIGN and build contractor. 2 For near time immemorial the law and the builder have had a close if not always happy union. This is illustrated by the fact that close to four millennia ago parts of the world had standards and rules that guided the circumstances in which the harshest punishment was to be administered to the bad builder or designer.

5 3 If we go back to the study of Babylonian law2, King Hammurabi who ruled from 1792. to 1750 BC was a remarkable king and lawgiver. His celebrated codified law went inter alia thus: rd 1. building Contract Dictionary, 3 Edition, Blackwell Science: A rather vague term denoting a scheme or plan of action. In the construction industry, it may be applied to the work of the architect in formulating the function, structure and appearance of a building or to a structural engineer in determining the sizes of structural members . 2. In what would now be Iraq. 2. Simon Tolson Fenwick Elliott LLP. The judge who blunders in a law case is to be expelled from his judgeship forever, and heavily fined.

6 The witness who testifies falsely is to be slain. If a man builds a house badly, and it falls and kills the owner, the builder is to be slain. If the owner's son was killed, then the builder's son is 4 They were tough times of the eye for a brick variety if designer or constructor was at fault. These grim retaliatory punishments take no note of excuses or explanations, but only of the fact with one striking exception. An accused person was allowed to cast himself into "the river , the Euphrates. Apparently the art of swimming was unknown; for if the current bore him to the shore alive he was declared innocent, if he drowned he was guilty.

7 So we learn that faith in the justice of the ruling gods was already firmly, though somewhat childishly, established in the minds of men. 5 Nothing is really new Shakespeare4 summed up what can go awry with the building process over 400 years ago in Henry IV: Lord Bardolph: Like one that draws the model of a house Beyond his power to build it; who, half through, Gives o'er and leaves his part-created cost A naked subject to the weeping clouds And waste for churlish winter's tyranny. 6 To put this in temporal context, it was not until 1891 that the first edition of Hudson appeared, not until 1931 that the RIBA produced its first standard form and 1955 that the first edition of Keating populated DESIGN risk the choice of contract and procurement strategy 7 Contracts by their nature are intended to precisely allocate and assign the balance of risk, responsibility and reward.

8 When drafting contracts, addressing who carries what risk, when and where is an essential consideration in choosing contract It is all part of the wonderful world of freedom of contract, which is a central tenet of English law. 8 Getting the form of contract right is an essential prerequisite to the success of a project. Establishing clarity of obligation, particularly as to DESIGN duties, is essential as is meeting the functional performance of a DESIGN requirement set by the employer client within his budget. This perhaps explains why the JCT, ECC, FIDIC, 3. I am grateful for the original translation by Charles F Horne.

9 4. William Shakespeare 1564 1616, Henry IV: SCENE III. 5. I have a sweet little book my late father gave me from when he studied architecture at Cambridge. It is by Richard Body and called The Architect and the Law, published in 1952. It was but 66 pages! 6. In practice, entering into a contract and commencing construction based on a DESIGN that is incomplete can significantly increase the risk of problems arising. Such problems invariably lead to delays, disruption and therefore increased costs. By far the greatest numbers of claims made by employers or subsequent building owners are defects claims. Sometimes an employer's claim in respect of building defects is entirely straightforward and there is no doubt as to the liability of the contractor and the contractor's ability to meet that liability .

10 In many other cases, however, the contractor may be able to raise some form of defence. However, those issues are not the topic of this paper. 3. Simon Tolson Fenwick Elliott LLP. IChemE DESIGN and build forms lead the field for the comfort they afford in their unamended form. 9 However, construction professionals sometimes get things spectacularly wrong, a recent example came before the courts in Plymouth & South West Co-operative Society Limited v Architecture, Structure & Management It concerned a redevelopment project which was successfully completed, but at an overspend of approximately 2 million. The developer sought to recover much of the alleged overspend from its architect (who in fact was to DESIGN , oversee implementation of and report upon tenders, contract procurement, cost control and certification procedures and general liaison with the contractor on programming and cost planning matters), on the basis that most of it would have been avoided had the architect performed its services with reasonable skill and care. 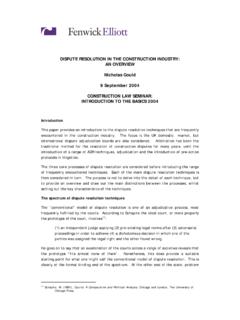 DISPUTE RESOLUTION IN THE CONSTRUCTION … 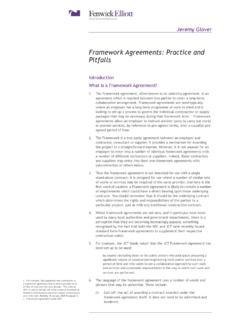 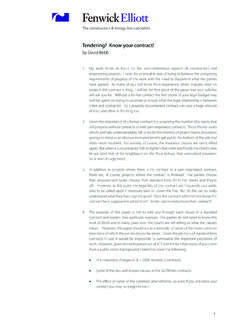 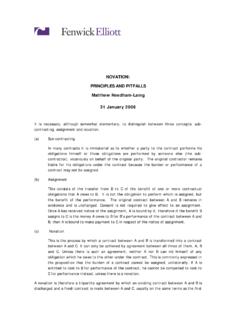 NOVATION: PRINCIPLES AND PITFALLS Matthew Needham-Laing 31 January 2006 It is necessary, although somewhat elementary, to distinguish between three … 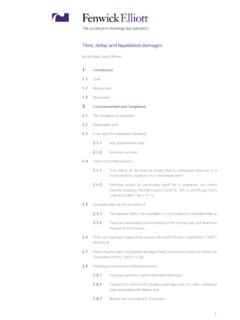 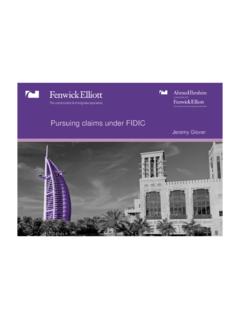 Design and Construction Process for Swimming …

2 Foreword The paper “Design and Construction Process for Swimming Pools” has been prepared by the Technical Working Group of The Tile Association. ALL FEES ARE NON-REFUNDABLE TO: APPLICANTS FOR CONTRACTOR’S RECIPROCITY REF: CHAPTER 75-489, LAWS OF FLORIDA The Pinellas County Construction Licensing Board has a policy of reciprocity with other Florida jurisdictions.

PUBLIC SWIMMING POOLS 1 PUBLIC HEALTH CODE (EXCERPT) Act 368 of 1978 AN ACT to protect and promote the public health; to codify, revise, consolidate, classify, and add to the laws relating to 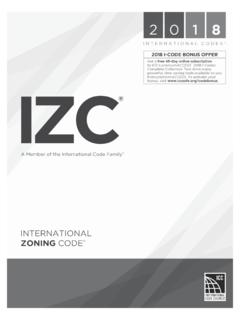 iv 2018 INTERNATIONAL ZONING CODE ® Maintenance The International Zoning Code is kept up to date through the review of proposed changes submitted by code enforcement officials, industry representatives, design professionals and other interested 3 ARCHITECTURAL STANDARDS RESOURCES AND REFERENCES: During the creaon of these Design Guidelines, numerous resources were refer‐ enced to aide in depicng appropriate architectural design and construc on prac ces