2 The extremely low power consumption of MR. automobiles and industrial applications. They measure sensors makes them ideal for wireless, autonomous path, angle, electrical current, or magnetic fields. MR. sensor applications. They present to the developers of technology opens up new sensor possibilities in space many different types of mechanisms or instruments applications and can be an enabling technology for completely new possibilities to measure angle, path, optimal performance, high robustness and long lifetime electrical currents or magnetic fields. at reasonable costs. In a recent assessment study The interest in MR technology from the space performed by HTS GmbH and Sensitec GmbH under community is growing, in particular since the ESA Contract a market survey has confirmed that successful application of 40 MR angle sensors to space industry has a very high interest in novel, control the motion of electric motors on the Mars contactless position sensors based on MR technology.

3 Rover Curiosity as part of the Mars Science Now, a detailed DEVELOPMENT stage is pursued, to Laboratory Mission 1. This was not the first application advance the sensor design up to Engineering on Mars MR sensors were already used on the Mars Qualification Model (EQM) level and to perform Exploration Rovers Mission to control numerous qualification testing for a representative pilot space motors on Spirit and Opportunity . application. All these sensors were designed and manufactured by Sensitec GmbH, located in Lahnau, near to Wetzlar in The paper briefly reviews the basics of magneto- Germany. MR sensors from Sensitec will also be used resistive effects and possible sensor applications and for the precise positioning of a miniaturized low mass describes the key benefits of MR angular sensors with optical shutter for the MERTIS thermal infra-red reference to currently operational industrial and space imaging spectrometer within the BepiColombo Mission applications.

4 The results of the assessment study are to Mercury. Furthermore MR-based current sensors presented and potential applications and uses of will be part of the power electronics driving the Thrust contactless MAGNETO-RESISTIVE angular sensors for Vector Actuators of the Ariane 6 launcher. spacecraft are identified. The baseline mechanical and Until now the growth in MR applications in space has electrical sensor design will be discussed. An outlook been opportunistic, with the result that there has been on the EQM DEVELOPMENT and qualification tests is considerable duplication of effort when developing provided. sensor solutions specifically for use in space. In order to focus the effort and to fully exploit the benefits of MR technology for European space 1.

5 INTRODUCTION. mechanisms and applications Hoch Technology Magnetic microsystems in the form of Systeme GmbH (HTS), an SME located in Coswig, magnetoresistive (MR) sensors are firmly established Germany focusing on the DEVELOPMENT and in automobiles, mobile telephones, medical devices, manufacturing of mechanisms for spacecraft and wind turbines, machine tools or industrial robots: be it Sensitec GmbH initiated a close collaboration, leading for the measurement of path, angle or electrical current, to dedicated activities for the design and qualification or as an electronic compass. Originally developed for of MR angular sensors for space applications. data storage applications, the various MR effects open The first activity initiated was a market assessment and up new measurement possibilities for sensors, not only feasibility study performed within ESAs TRP.

6 In terrestrial applications, but also in space programme. The objective of this study was to identify applications. the potential market and the user needs for compact, _____. Proc. 16th European Space Mechanisms and Tribology Symposium 2015', Bilbao, Spain, 23 25 September 2015 (ESA SP-737, September 2015). contactless position sensors in space mechanisms. resistance R and the AMR-effect can be described by Based in this information a preliminary specification the following equation: could be elaborated and early sensor concepts based on R. R( ) = Rm + cos(2 ). the products provided by Sensitec GmbH were drafted. 2 (1). The activity has been completed in 2014 and is now followed by a considerably more comprehensive project to design, develop, produce and qualify one MR sensor concept for a pilot space application.

7 2. MAGNETORESISTIVE EFFECTS AND. sensor APPLICATIONS. The magnetoresistive effect has been known for more than 150 years. The British physicist William Thomson, later known as Lord Kelvin, discovered that the electrical resistance of a conductor changed under the influence of a magnetic field. However, this effect could first be used industrially more than 120 years later, during the late 1970s, in combination with thin- film technologies derived from the semiconductor industry. The intelligent arrangement of thin-film structures within a sensor enabled the DEVELOPMENT of many sensor types for measuring the angle, strength or gradient of a magnetic field. The effect discovered by Thomson was named the anisotropic magnetoresistive effect (AMR) and resulted in a resistance change of just a few percent.

8 Nevertheless this effect was used Figure 1. Anisotropic Magnetoresistive Effect 2. million-fold in the production of read-heads for hard discs. At the end of the 1980s the giant The function R( ) for 0 <= <=360 is shown in Fig. magnetoresistive effect (GMR) was discovered 1 (b). It can be seen from Fig. 1 that the resistance R. independently by Prof. Gr nberg at the varies around the mean resistance Rm as a function of Forschungszentrum J lich in Germany and by Prof. the double angle 2 . Fert at the University of Paris in France. Here the The structure of an AMR angle sensor is comparatively resistance change was more than 50%, which opened simple (see Fig. 2). This is one of the reasons that the up even more applications for MR sensors.

9 This passive resistive elements are fundamentally reliable. A. discovery was awarded the Nobel Prize for Physics in silicon oxide layer provides the isolation between a 2007. silicon wafer (which only acts as a substrate for the In the meantime the read-heads of hard discs are almost thin-film metallic sensor it has no semiconducting exclusively based on the tunnel magnetoresistive function) and the MR layer. The MR layer consists of a effect (TMR), which can exhibit a resistance change nickel-iron alloy and to achieve optimal sensor of several hundred percent under laboratory conditions. characteristics - Permalloy (Ni81Fe19) is typically used. This technology has additional features that are not This alloy has a high resistivity and demonstrates very only interesting for storage technology, but also for low magnetostriction.

10 The next layer comprises a sensors. sputtered or evaporated aluminium or gold layer that Sensitec manufactures AMR-, GMR- and TMR based provides the conductors within the sensor as well as the sensors in series productions for industrial and bond contacts to the following electronics. Finally, a automotive applications and specific terrestrial silicon nitride passivation layer provides protection applications for very harsh environments. against the environment in which the sensor chip is The anisotropic magnetoresistive effect may be applied. Modern production processes in the wafer considered the most obvious and simple effect. It can production, as well as well-matched material pairings be observed in ferromagnetic materials, such as iron, allow the temperature coefficients for the output signal nickel and cobalt. 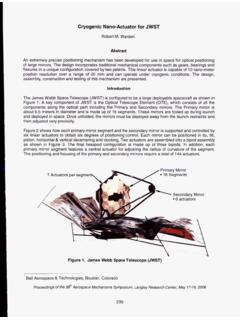 Cryogenic Nano-Actuator for JWST Robert M. Warden' Abstract An extremely precise positioning mechanism has been developed for use in space for optical positioning of large mirrors. The design incorporates traditional mechanical components such as gears, bearings and flexures in a unique configuration covered by two patents. 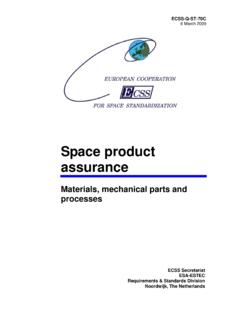 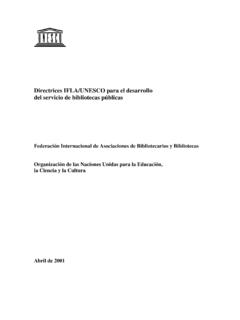 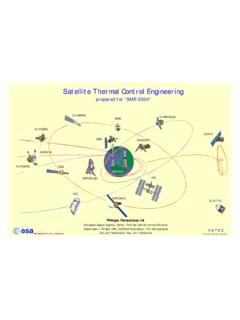