DEVELOPMENTAL SCREENING AND TESTING coding . FACT SHEET FOR PRIMARY CARE CLINICIANS. coding E/M code for a significant, separately identifiable service performed during the same patient encounter. When a DEVELOPMENTAL SCREENING , surveillance, and assessment are limited SCREENING test is performed along with any E/M. often complemented by the use of special tests, which vary service (eg, preventive medicine, office outpatient), 96110. in length. This coding fact sheet provides guidance on how and the E/M service should be reported and either modifier pediatricians can appropriately report limited and extended 25 (significant, separately identifiable E/M service by the DEVELOPMENTAL SCREENING and TESTING services.)

1 DEVELOPMENTAL SCREENING AND TESTING coding . FACT SHEET FOR PRIMARY CARE CLINICIANS. coding E/M code for a significant, separately identifiable service performed during the same patient encounter. When a DEVELOPMENTAL SCREENING , surveillance, and assessment are limited SCREENING test is performed along with any E/M. often complemented by the use of special tests, which vary service (eg, preventive medicine, office outpatient), 96110. in length. This coding fact sheet provides guidance on how and the E/M service should be reported and either modifier pediatricians can appropriately report limited and extended 25 (significant, separately identifiable E/M service by the DEVELOPMENTAL SCREENING and TESTING services.)

3 Code and report 96110 is often reported when performed in the context Extended DEVELOPMENTAL TESTING using standardized of preventive medicine services. This code also may be instruments (eg, Bayley Scales of Infant Development, reported when SCREENING is performed with other evaluation Woodcock-Johnson Tests of Cognitive Abilities [3rd and management (E/M) services such as acute illness or Edition], Clinical Evaluation of Language Fundamentals follow-up office visits. On the 2010 Medicare physician fee [4th Edition]) are reported using CPT code 96111. This schedule (Resource-Based Relative Value Scale [RBRVS]), service may be reported independently or in conjunction the Centers for Medicare & Medicaid Services (CMS) with another code describing a separate patient encounter published a total relative value unit (RVU) of for provided on the same day as the TESTING (eg, an E/M code 96110, which amounts to a Medicare payment of $ for outpatient consultation).

4 A physician or other trained ( x $ [Medicare 2010 conversion factor; note: professional typically performs this TESTING service. President Obama has signed the Department of Defense Therefore, there are physician work RVUs published on the Appropriations Act, 2010, which provides for a zero-percent Medicare physician fee schedule (RBRVS) for this code. In (0%) update to the 2010 Medicare physician fee schedule 2010 code 96111 has total RVUs, which calculates to a for a 2-month period, January 1, 2010, through February Medicare payment of $ ( x $ [Medicare 28, 2010. This has been extended through March 31, 2010 conversion factor; note: President Obama has signed 2010]). Because office nurses or other trained nonphysician the Department of Defense Appropriations Act, 2010, personnel typically perform the service, this relative value which provides for a zero-percent (0%) update to the 2010.)]

5 Reflects only the practice expense of the office staff and Medicare physician fee schedule for a 2-month period, nurses, the cost of the materials, and professional liability January 1, 2010, through February 28, 2010. This has been there is no physician work value published on the Medicare extended through March 31, 2010]). physician fee schedule for this code. When 96111 is reported in conjunction with an E/M service, On the less common occasion when a physician performs the time and effort to perform the DEVELOPMENTAL TESTING this service, it may still be reported with code 96110, but the itself should not count toward the key components (history, time and effort to perform the TESTING itself should not count physical examination, medical decision-making) or time toward the key components (history, physical examination, for selecting the accompanying E/M code.

6 Just as discussed medical decision-making) or time when selecting an for 96110, if the E/M code is reported with 96111, either H EA LT H C A R E F I N A NCING Page 1 of 6. DEVELOPMENTAL SCREENING AND TESTING coding FACT SHEET FOR PRIMARY CARE CLINICIANS. modifier 25 (significant, separately identifiable E/M service They also are accompanied by an interpretation and formal by the same physician on the same day of the procedure report, which may be completed at a time other than when or other service) should be appended to the E/M code, or the patient is present. modifier 59 (distinct procedural service) should be appended Like code 96110, the frequency of reporting code 96111 is to the extended DEVELOPMENTAL TESTING code, showing that dependent on the needs of the patient and judgment of the the extended DEVELOPMENTAL TESTING services were separate physician.

7 When DEVELOPMENTAL surveillance or SCREENING and necessary at the same visit. suggests an abnormality in a particular area of development, In 2005, the CPT code descriptor for 96111 was revised more extensive formal objective TESTING is needed to evaluate to reflect the deletion of the test examples as well as the the concern. In contrast with adults, the limited ability of per-hour designation. Thus, effective January 1, 2005, children to maintain focused, selective attention and TESTING physicians report the service without regard to time. The speed may mean that several sessions are needed to properly typical TESTING session, including the time to perform evaluate the problem.

8 Code 96111 is reported only once the interpretation and report, was found in the American per date of service. There must be an accompanying report Academy of Pediatrics (AAP) survey used to value the describing and interpreting all TESTING . service to be slightly more than an hour. Additionally, subsequent periodic formal TESTING may be When to Report DEVELOPMENTAL TESTING needed to monitor the progress of a child whose skills 96110 initially may have not been significantly low, but who The frequency of reporting 96110 is dependent on the was clearly at risk for maintaining appropriate acquisition clinical situation. The AAP Recommendations for of new skills. Preventive Pediatric Health Care schedule recommends DEVELOPMENTAL and behavioral assessment at each preventive Clinical Vignettes medicine visit, and the AAP Identifying Infants and Young Children With DEVELOPMENTAL Disorders in the Medical 96110 Vignette 1.

9 At a follow-up visit for bilateral otitis media, the Home: An Algorithm for DEVELOPMENTAL Surveillance and pediatrician notes the patient missed her 12-month well- SCREENING policy statement recommends that physicians child visit. He requests the child's father complete the ASQ. use validated DEVELOPMENTAL SCREENING tools to improve The father endorses no concerns in any DEVELOPMENTAL detection of problems at the earliest possible age to allow domain. The pediatrician reviews the father's completed further DEVELOPMENTAL assessment and appropriate early ASQ and asks him if his daughter is using single words intervention services. to convey her wants and using words to label common Thus, the use of SCREENING tests of a limited nature seems objects.

10 The father assures him that she is doing this, and to enhance the task of DEVELOPMENTAL assessment typically in fact, other nonfamily adults have commented on her done in the preventive medicine setting. The exact frequency clear articulation. No concerns at all are reported and this is of TESTING depends on the clinical setting and the provider's consistent with what the pediatrician has observed in office judgment as to when it is medically necessary. When visits. He tells the father they will continue to monitor for physicians ask questions about development as part of the any evidence the child is not acquiring skills at an expected general informal DEVELOPMENTAL survey or history, this is not rate. 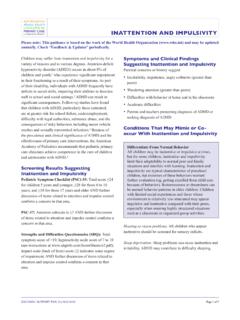 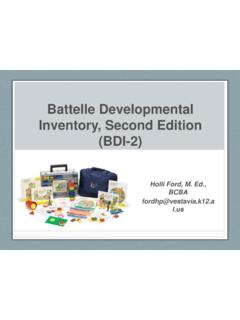 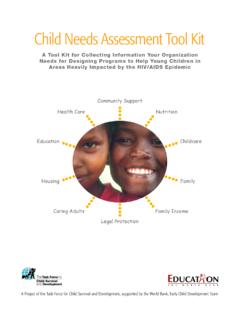 Developmental Checklists Birth to Five If you are concerned about your child's development, contact the Mid-State ECDC for information on screening, evaluation, and assessment.

A Guide to Assessment in Early Childhood - k12.wa.us 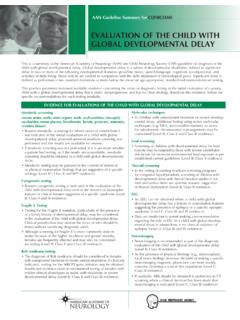 EVALUATION OF THE CHILD WITH GLOBAL … 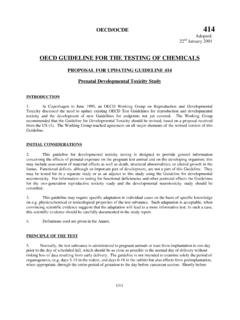