1 in 5 children will experience the death of someone close to them by age 18. (Kenneth Doka, Editor of OMEGA, Journal of Death and Dying) In a poll of 1,000 high …

Death, Someone, The death of someone

2 2008; 10:1). Mortality rates for adults in their 40s and 50s in the past two decades have risen dramatically, making it more likely that younger children will experience the death of a parent, or a classmate's parent. Kids are encountering death more often and at a younger age it's just inevitable, says Gerald Koocher, chief of psychology at Boston's Children's Hospital. ( Early Grief Wall Street Journal, Feb. 18,1999). It is estimated that 73,000 children die every year in the United States. Of those children, 83 percent have surviving siblings. (Torbic, H. Children and Grief : But what about the children? Home Healthcare Nurse. 2011;29(2):67-79). #CGADHope . Did You Know? Children and Grief Statistics In a study of 11- to 16-year-olds, 78% reported that at least one of their close relatives or friends had died. (Harrison and Harrington, 2001). Reviews of studies from various countries on childhood bereavement following parental death report that children in this situation do experience a wide range of emotional and behavioral symptoms.

3 The child often experiences an increase in anxiety with a focus on concerns about further loss, the safety of other family members, and fears around separation. (Dowdney, 2000; Haine et al., 2008). Key Results of Childhood Bereavement Study completed by Comfort Zone Camp (2009). 56% of respondents who lost a parent growing up would trade a year of their life for one more day with their departed parent. 72% believe their life would have been much better if their parent hadn't died so young. 69% of Americans who lost a parent growing up still think about their parent frequently. Grieving in Schools: Nationwide Survey among Classroom Teachers on Childhood Bereavement Conducted by New York Life Foundation and American Federation of Teachers, 2012. Classroom teachers report that students who have lost a parent or guardian typically exhibit: - Difficulty concentrating in class (observed by 87% of teachers). - Withdrawal/disengagement and less class participation (observed by 82%).

4 - Absenteeism (observed by 72%). - Decrease in quality of work (observed by 68%). - Less reliability in turning in assignments (observed by 66%). 7 in 10 teachers (69%) currently have at least one student in their class(es) who has lost a parent, guardian, sibling, or close friend in the past year. #CGADHo

2 5. If none, to your next of kin who is entitled to your estate under the laws of the state in which you resided at the time of your death Form TSP-3.3A Designation of Beneficiary (Form TSP-3) gives you flexibility and control over who will

How Social Security Can Help You When a Family Member Dies 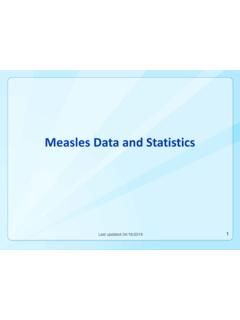 Apr 16, 2019 · Slide 7 Notes Measles can be a serious in all age groups. However, children younger than 5 years of age and adults older than 20 years of age are more likely to suffer from