5 PExtension of Multiple Regression Analysis if the research situation defines the group categories as dependent upon the discriminating variables, and a single random sample (N) is drawn in which group membership is "unknown"

2 2. Important Characteristics of Discriminant analysis P Extracts dominant, underlying gradients of variation (canonical functions) Among Groups of sample entities ( , species, sites, observations, etc.) from a set of multivariate observations, such that variation Among Groups is maximized and variation within Groups is minimized along the gradient. P Reduces the dimensionality of a multivariate data set by condensing a large number of original variables into a smaller set of new composite dimensions (canonical functions) with a minimum loss of information. 3. Important Characteristics of Discriminant analysis P Summarizes data redundancy by placing similar entities in proximity in canonical space and producing a parsimonious understanding of the data in terms of a few dominant gradients of variation. P Describes maximum differences Among pre-specified Groups of sampling entities based on a suite of discriminating characteristics ( , canonical analysis of Discrimination ).

3 P Predicts the group membership of future samples, or samples from unknown Groups , based on a suite of classification characteristics ( , classification). 4. Important Characteristics of Discriminant analysis P Extension of Multiple Regression analysis if the research situation defines the group categories as dependent upon the discriminating variables, and a single random sample (N) is drawn in which group membership is "unknown". prior to sampling. P Extension of Multivariate analysis of Variance if the values on the discriminating variables are defined as dependent upon the Groups , and separate independent random samples (N1, N2, ..) of two or more distinct populations ( , Groups ) are drawn in which group membership is "known" prior to sampling. 5. Analogy with Regression and ANOVA. Regression Extension Analogy: P A linear combination of measurements for two or more independent (and usually continuous) variables is used to describe or predict the behavior of a single categorical dependent variable.

4 P Research situation defines the group categories as dependent upon the discriminating variables. P Samples represent a single random sample (N) of a mixture of two or more distinct populations ( , Groups ). P A single sample is drawn in which group membership is "unknown" prior to sampling. 6. Analogy with Regression and ANOVA. ANOVA Extension Analogy: P The independent variable is categorical and defines group membership (typically controlled by experimental design) and populations ( , Groups ) are compared with respect to a vector of measurements for two or more dependent (and usually continuous) variables. P Research situation defines the discriminating variables to be dependent upon the Groups . P Samples represent separate independent random samples (N1, N2, .., NG) of two or more distinct populations ( , Groups ).

5 P group membership is "known" prior to sampling and samples are drawn from each population separately. 7. Discriminant analysis Two Sides of the Same Coin Canonical analysis of Discriminance: P Provides a test (MANOVA) of group differences and simultaneously describes how Groups differ; that is, which variables best account for the group differences. Classification: P Provides a classification of the samples into Groups , which in turn describes how well group membership can be predicted. The classification function can be used to predict group membership of additional samples for which group membership is unknown. 8. Overview of Canonical analysis of Discriminance P CAD seeks to test and describe the relationships Among two or more Groups of entities based on a set of two or more discriminating variables ( , identify boundaries Among Groups of entities).

6 P CAD involves deriving the linear combinations ( , canonical functions) of the two or more discriminating variables that will discriminate "best" Among the a priori defined Groups ( , maximize the F-ratio). P Each sampling entity has a single composite canonical score, on each axis, and the group centroids indicate the most typical location of an entity from a particular group . Hope for significant group separation and a meaningful ecological interpretation of the canonical axes. 9. Overview of Classification Parametric Methods: Valid criteria when each group is multivariate normal. P (Fisher's) Linear discriminant functions: Under the assumption of equal multivariate normal distributions for all Groups , derive linear discriminant functions and classify the sample into the group with the highest score. 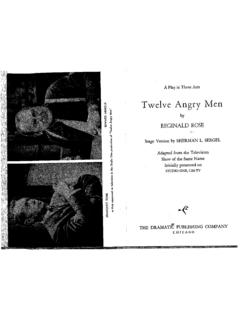 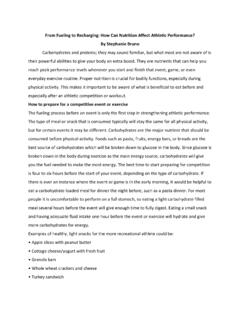 From Fueling to Recharging: How Can Nutrition …

From Fueling to Recharging: How Can Nutrition Affect Athletic Performance? By Stephanie Bruno Carbohydrates and proteins; they may sound familiar, but … 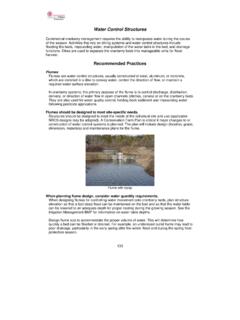 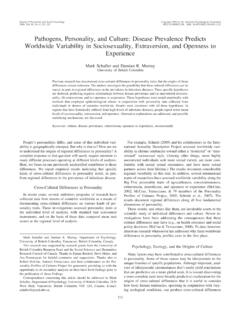 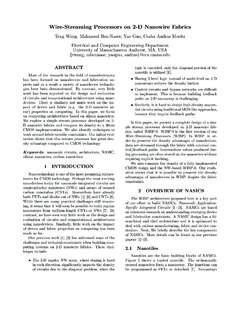 Wire-Streaming Processors on 2-D Nanowire Fabrics ... Nanotiles are the basic building blocks of NASICs. ... a CMOS prototype in Verilog. 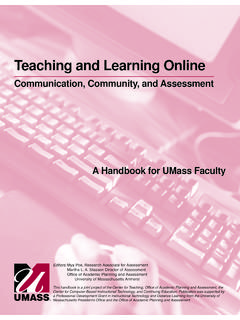 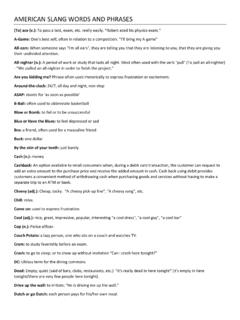 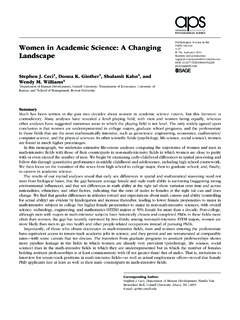 research-article2014 Women in Academic Science: A Changing Landscape Stephen J. Ceci1 ... computer science, and the physical sciences. In other scientific fields (psychology, life science, social science), women ... and female authors and principal investigators are equally likely to have their manuscripts accepted by journal editors and their ... The Problem of Truth: Discussion of a Lawyer’s Duty

The Problem of Truth: Discussion of a Lawyer’s Duty There is an inherent flaw in the United States criminal justice system. The adversarial nature of formal dispute resolution upon which our common law system is 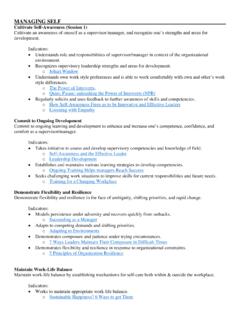 MANAGING SELF Cultivate Self-Awareness (Session 1) Cultivate an awareness of oneself as a supervisor/manager, and recognize one’s strengths and areas for 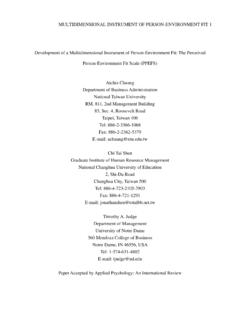