Dissociative disorders are characterized by an involuntary ...

2 Almost half of adults in the United States experience at least one depersonalization/derealization episode in their lives, with only 2% meeting the full criteria for chronic episodes. Symptoms Symptoms and signs of Dissociative disorders include: Significant memory loss of specific times, people and events Out-of-body experiences Depression, anxiety and/or thoughts of suicide A sense of detachment from your emotions or emotional numbness A lack of a sense of self-identity There are three types of Dissociative disorders defined in the Diagnostic and Statistical Manual of Mental disorders (DSM): Dissociative amnesia.

3 The main symptom is difficulty remembering important information about one's self. Dissociative amnesia may surround a particular event, such as combat or abuse, or more rarely, information about identity and life history. The onset for an amnesic episode is usually sudden, and an episode can last minutes, hours, days, or, rarely, months or years. There is no average for age onset or percentage, and a person may experience multiple episodes throughout her life. Depersonalization disorder. This disorder involves ongoing feelings of detachment from actions, feelings, thoughts and sensations as if they are watching a movie (depersonalization).

4 Sometimes other people and things may feel like people and things in the world around them are unreal (derealization). A person may experience depersonalization, derealization or both. Symptoms can last just a matter of moments or return at times over the years. The average onset age is 16, although depersonalization episodes can start anywhere from early to mid-childhood. Less than 20% of people with this disorder start experiencing episodes after the age of 20. Dissociative identity disorder. Formerly known as multiple personality disorder, this disorder is characterized by alternating between multiple identities.

5 A person may feel like one or more voices are trying to take control in their head. Often these identities may have unique names, characteristics, mannerisms and voices. People with DID will experience gaps in memory of every day events, personal information and trauma. Onset for the full disorder at can happen at any age, but it is more likely to occur in people who have experienced severe, ongoing trauma before the age of 5. Women are more likely to be diagnosed, as they more frequently present with acute Dissociative symptoms. Men are more likely to deny symptoms and trauma histories, and commonly exhibit more violent behavior, rather than amnesia or fugue states.

7 If physical causes are ruled out, a mental health specialist is often consulted to make an evaluation. Treatment Dissociative disorders are managed through various therapies including: Psychotherapies such as cognitive behavioral therapy (CBT) and dialectical behavioral therapy (DBT). Eye movement desensitization and reprocessing (EMDR). Medications such as antidepressants can treat symptoms of related conditions The goals of treatment for Dissociative disorders are to help the patient safely recall and process painful memories, develop coping skills, and, in the case of Dissociative identity disorder, to integrate the different identities into one functional person. 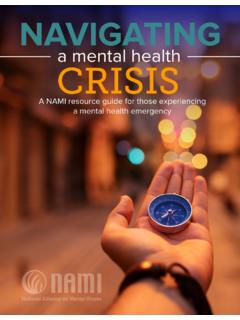 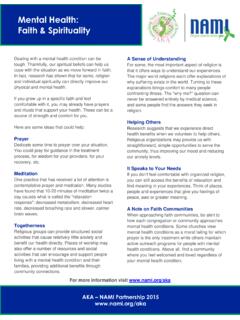 Mental Health: Faith & Spirituality Dealing with a mental health condition can be tough. Thankfully, our spiritual beliefs can help us cope with the situation as we move forward in faith. 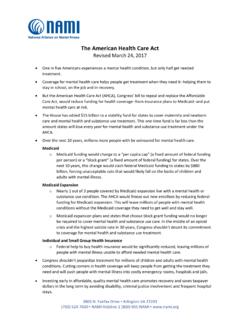 The American Health Care Act Revised March 24, 2017 • One in five Americans experiences a mental health condition, but only half get needed treatment. • Coverage for mental health care helps people get treatment when they need it helping them to 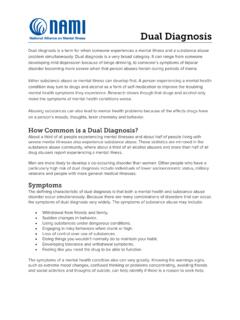 The most common method of treatment for dual diagnosis today is integrated intervention, where a person receives care for both a specific mental illness and substance abuse. Because there are many ways in which a dual diagnosis may occur treatment will not be the same for everyone. 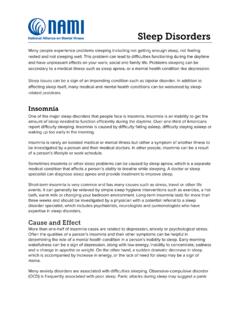 Sometimes insomnia or other sleep problems can be caused by sleep apnea, which is a separate medical condition that affects a person’s ability to breathe while sleeping. A doctor or sleep 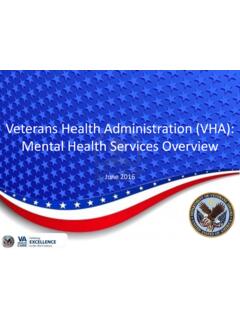 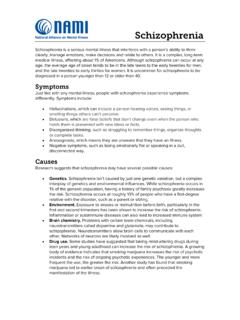 Schizophrenia is a serious mental illness that interferes ...

Schizophrenia Schizophrenia is a serious mental illness that interferes with a person’s ability to think clearly, manage emotions, make decisions and relate to others. 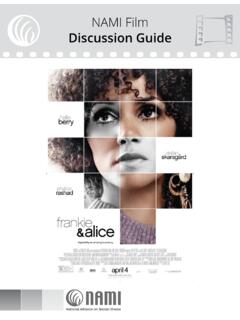 Frankie & Alice Cast Critics and filmgoers first took notice of Berry in her feature film debut, Spike Lee’s JungleFever. She went on to star opposite Warren Beatty in the socio-political comedy, Bulworth. 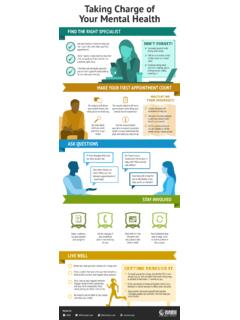 Taking Charge of Your Mental Health

How long will it take for me to feel better, a few days, weeks or months? If I have thoughts that scare me what should I do? Do I have to take medication? 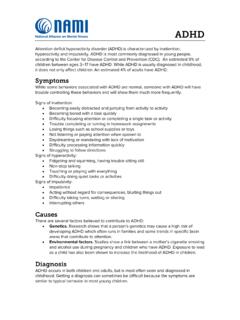 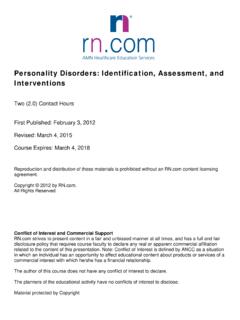 Personality Disorders: Identification, Assessment, and Interventions. ... Personality disorders, defined by the Diagnostic and Statistical Manual of Mental Disorders, 5th edition (DSM-V), is a persistent pattern of internal experience and behavior which manifests in two or ... development. Occurrences of abuse, including sexual, physical and ... 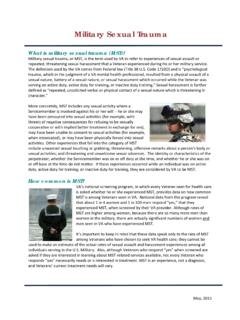 sexual activities; and threatening and unwelcome sexual advances. The identity or characteristics of the ... and other mood disorders, and substance use disorders. Fortunately, people can recover from experiences of trauma, and VA has effective services to help Veterans do this. 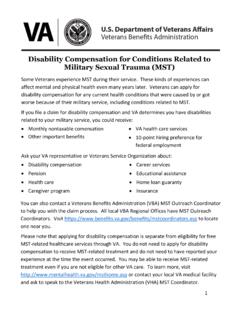 It is possible to have PTSD and other mental health disorders after MST. Any trauma can result in these disorders. PTSD is the most common mental health diagnosis related to MST. Disability Claim Evidence . The following can support your MST claim: • Department of Defense sexual … 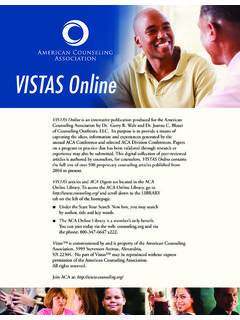 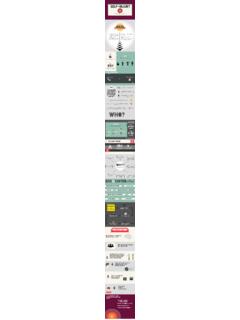 CHILDHOOD ABUSE (ESPECIALLY SEXUAL ABUSE) PTSD EATING DISORDERS SEVERE ABUSE/ABUSE BY A FAMILY MEMBER ANXIETY DISORDERS DANCERS Self-injury can become habitual and hard to stop Self-injury can be contagious esp. in teen peer groups Broad consensus that self- injury is rising in prevalence SELF-INJURY The Idea of self-in.ury can be

Sexual assault is also closely associated with depression and anxiety disorders. 10 According to a study conducted by the National Victim Center, 1.3 women (age 18 and over) in the