Doing business in the Philippinesab1As one of the fastest growing economies in the Asia-Pacific region, the Philippines , under the administration of President Rodrigo Duterte, aims at sustaining the country s sound macroeconomic fundamentals and investor confidence through its 10-point socio-economic agenda. Towards this end, the Department of Trade and Industry (DTI) commits to uplift the quality of life of Filipinos by advancing sustainable and inclusive economic growth that generates employment and entrepreneurship (Trabaho at Negosyo) opportunities to address inequality, ensuring prosperity for reach the country s fullest potential, the government upholds a comprehensive national strategy that focuses on creating globally competitive, value adding and innovative industries, wherein the country

b 1 As one of the fastest growing economies in the Asia-Pacific region, the Philippines, under the administration of President Rodrigo Duterte, aims at sustaining the

1 Doing business in the Philippinesab1As one of the fastest growing economies in the Asia-Pacific region, the Philippines , under the administration of President Rodrigo Duterte, aims at sustaining the country s sound macroeconomic fundamentals and investor confidence through its 10-point socio-economic agenda. Towards this end, the Department of Trade and Industry (DTI) commits to uplift the quality of life of Filipinos by advancing sustainable and inclusive economic growth that generates employment and entrepreneurship (Trabaho at Negosyo) opportunities to address inequality, ensuring prosperity for reach the country s fullest potential, the government upholds a comprehensive national strategy that focuses on creating globally competitive, value adding and innovative industries, wherein the country has existing and potential comparative advantage.

2 DTI places high importance on the government s partnership with the private sector to accelerate the realization of objectives. It also strives hard to keep an enabling business environment, especially in view of the challenges posed by today s regional the Philippines assumes chairmanship of ASEAN s 50th anniversary this year, this publication material, Doing business in the Philippines , presents itself as a timely and relevant information source that significantly highlights the country s economic outlook, labor force, investor-related laws, industry trends and challenges, as well as developments reflecting the country s new leadership.

3 DTI is confident that SGV and Co. will remain faithful to its mission of guiding potential investors looking to set up operations in the fast-track efforts in boosting key growth industries, the government strengthens its meaningful collaboration with the business community, in pursuit of the shared goals of sustaining economic momentum and realizing a truly inclusive, innovation-led growth that spurs economic prosperity from the bottom of the pyramid. RAMON M. LOPEZ SecretaryMESSAGE eeming with natural resources and boasting of staggering landscapes, the Philippines does not disappoint those who go the extra mile to reach it.

4 Indeed, nothing compares to the abundance of diverse natural resources offered by the Philippines . However, it is the Filipino that makes the country truly wonderful. Even when faced with adversity, Filipinos are the warmest and most easygoing people anywhere and are noted for their courtesy, hospitality and, most of all, talent. Highly competent, multi-skilled and trainable, the Filipino worker can surpass any other in dedication and hard work. The country is blessed with an educated, multi-cultural, bilingual and skilled labor force. In the 2017 World Bank International Finance Corporation Doing business Report, the Philippines has once again improved its ranking, placing 99th compared to 103rd in the previous year.

5 Since 2011, the country has climbed 49 spots in the Doing business 2017 report measured regulatory factors that have an impact on the areas of the life of a business . The Philippines boosted its ranking in protecting minority investors, dealing with construction permits, paying taxes and enforcing contracts. The country also sustained its position in registering property and trading across borders. These indicators show that the Philippines has a low-cost, economically sound, and cosmopolitan environment in which to do you should invest in the PhilippinesLuzonVisayasMindanaoGeneral SantosBacolodCebuCagayan de OroDavaoBaguioCaviteThe Philippines SGV & Co.

7 It has enjoyed a string of upgrades in recent years from credit raters recognizing the country s improving fundamentals. The Philippines continues to enjoy investment grade status since its upgrade by Fitch Ratings, Standard & Poor s (S&P), and Moody s Investor Service in 2013. In December 2016, growth in foreign workers remittances continued to rise, supporting private consumption at the start of 2017. In terms of major sectors, industry had the fastest growth at from growth in the previous year. Services grew , while the agriculture sector reported a growth rate.

8 philippine merchandise export sales amounted to US$ billion in December 2016, a increase from the recorded value in December 2015. The increase was attributed to five major commodities including coconut oil ( ), other mineral products ( ), metal components ( ), chemicals ( ) and other manufacturers ( ). Japan remains the top destination of philippine -made goods, followed by the United States and Hong Kong. The National Capital Region continues to be the leading growth area in terms of population, residential projects and commercial projects. Cavite, Bulacan, Laguna and Pangasinan in Luzon complete the top five in population growth.

9 Cavite, Laguna and Rizal all in Luzon, and Cebu in the Visayas complete the top five in the residential projects list. Aklan and Cebu in the Visayas, Pampanga in Luzon and Davao del Sur in Mindanao complete the top five in the commercial projects list. Source: philippine Statistics Authority23 Labor forceIn October 2016, the preliminary results of the Labor Force Survey showed a employment rate with 41 million employed. The services sector accounted for of the total employed per-sons, followed by the agriculture sector at and industry at The labor force participation rate in October 2016 was reported at , given the labor force pop-ulation of million.

10 Meanwhile, the unemploy-ment rate fell to from in the September quarter. Source: philippine Statistics AuthorityOffshoring and outsourcingThe Philippines is among the world s top outsourcing destinations, thanks in large part to low business costs and a large pool of university-educated, English-speaking and highly adaptable workers. The philippine business process outsourcing sector grew at 19% a year from 2011 to 2015. The IT and business Process Association of the Philippines (IBPAP) targets US$40 billion in revenues and a 15% global market share in 2022. In its philippine IT business Process Management (BPM) Roadmap 2022, it also aims for million direct jobs in the sector and a total of million direct and indirect IT-BPM employment.

Plain Language About Shiftwork Public Health Summary What arSe the hazards? hiftworkers and night workers often are tired and sleepy because of their work schedule. Being overly tired makes it 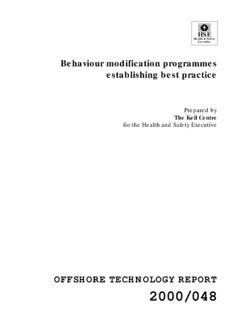 5 1. Executive summary Offshore oil and gas companies are making increasing use of behaviour modification programmes, which are designed to improve safety by modifying worker behaviour. 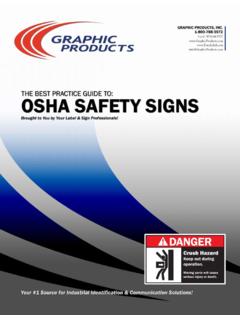 For more information, call -800-788-5572 | www.graphicproducts.com 1. The Importance of Safety Signs Welcome to the Best Practice Guide To: OSHA Safety Signs. 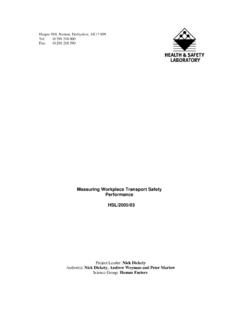 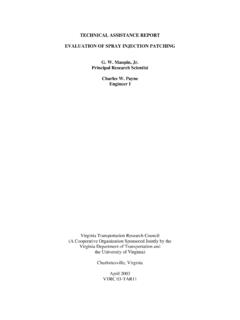 Education and Training in the Auto Manufacturing …