Early intervention for children with learning …

2 As a result it is not surprising that children with LD who present behaviour problems have poor outcomes, both as children and later as adults who continue to display (often much more serious) challenging behaviour. This is to the detriment not only of children and their families, but also wider society, due to the financial costs; negative health outcomes, and foreshortened, lower quality lives that result. There is an urgent need to identify risk factors and provide evidence-based intervention as Early as possible in the lives of children with LD, in partnership with families/carers. This paper sets out the evidence currently available around Early intervention approaches for children with learning disabilities whose behaviours challenge, and identifies key areas of action to help commissioners proactively target resources to deliver good outcomes.

4 Anne Pinney (Independent Researcher). Dr Caroline Richards (Cerebra Centre for Neurodevelopmental Disorders). Valentina Iemmi (London School of Economics). Jacqui Shurlock (The Challenging Behaviour Foundation). This briefing paper does not represent a comprehensive literature review. It is a narrative review based on expert consensus. The authors were brought together by The Challenging Behaviour Foundation to produce this paper. 3 Early intervention Project: Briefing Paper Early intervention Early intervention is about getting extra, effective and timely interventions to all babies, children and young people who need them, allowing them to flourish and preventing harmful and costly long- term consequences.

5 Early intervention Foundation, 2013. 1. Identifying difficulties Early in childhood and using evidence-based approaches to address those difficulties has the potential to deliver significant social and economic benefits. This is particularly true where problems are likely to escalate over time; limit the life chances of the individual, and result in significant costs to society. The rationale for evidence-based Early intervention (both Early in life and Early in the onset of problems) is now widely accepted as BOX 1: Relevant Early intervention policy part of public policy in the UK and World Health Organization (2008) Closing the gap in a beyond across health, education and generation: Health equity through action on the social social care.

6 Determinants of health'. Department of Health (2010) Fair Society Healthy Lives: A. 2. This briefing note summarises the key Strategic Review of Health Inequalities in England'. messages from available evidencea World Health Organization and World Bank (2011) World about Early intervention for children Report on Disability'. with learning disabilities whose Graham Allen MP (2011) Early intervention : The Next Steps. behaviours challenge, and calls on An Independent Report to Her Majesty's Government'. policy makers and commissioners to Department for Education (2012) Statutory Framework for act on that evidence. the Early Years Foundation Stage: Setting the standards for learning , development and care for children from birth to children with learning .

8 Intellectual and adaptive functioning a This briefing paper draws on the following sources of evidence: 1) Systematic reviews/meta analyses;. 2) Narrative reviews which the authors of this paper view as robust summaries of evidence;. 3) Primary research which can be generalised to England ( is based on nationally representative samples). 4) National data collections b learning disability as used in this document is equivalent to the SEN classifications of moderate or more severe learning difficulties used by the Department for Education. It is also synonymous with the term intellectual disability' as used in the US, Australia and by many international organisations. 4 Early intervention Project: Briefing Paper that originates in childhood.

9 Public Health England estimates that 1,043,449 people in England have a learning Schools in England reported in 2013 that 179,320 pupils had a learning difficulty as their main special educational 2 Having a learning disability affects the way a person understands information and how they communicate. children with more severe LD may have no, or extremely limited, verbal communication and may require support with all everyday tasks such as dressing and toileting. Many will experience complex physical health, sensory, and mobility difficulties. 3. behaviours that challenge can include aggression, destruction, self-injury, and other behaviours ( running away) associated with personal or social risks. 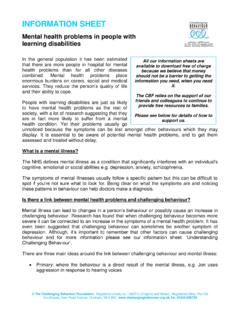 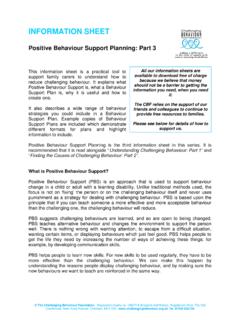 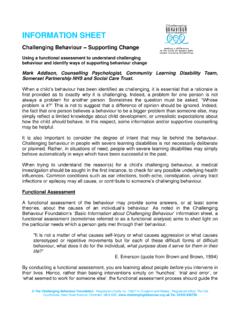 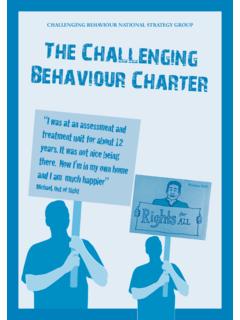 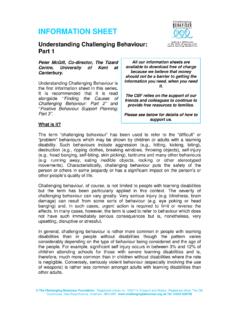 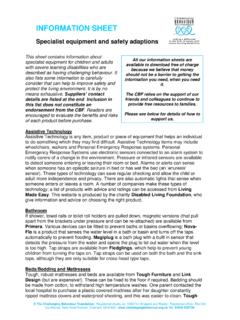 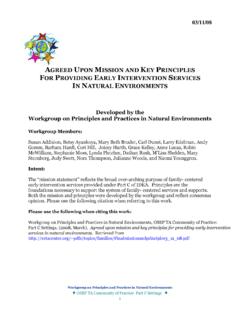 Establish a welcoming and respectful climate for … 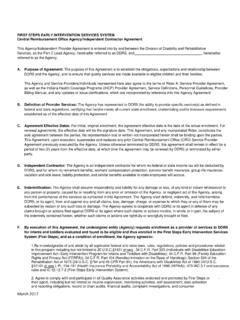 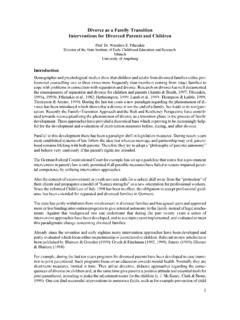 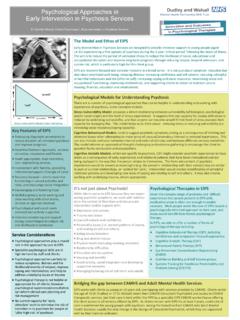 Psychological Approaches in Early Intervention in ...