EARLY PSYCHOSIS DECLARATION An International Consensus Statement1 about EARLY Intervention and Recovery for Young people with EARLY PSYCHOSIS Jointly issued by the World Health Organization and International EARLY PSYCHOSIS Association Introduction According to the World Health Organization's World Health Report 2001, schizophrenia and other forms of psychoses which affect young people represent a major public health problem. Worldwide, they rank as the third most disabling condition, (following quadriplegia and dementia and higher than blindness and paraplegia) and pose an enormous burden, both in terms of economic cost and of human suffering. Yet, in spite of the availability of interventions that can reduce relapses by more than 50%, not all affected individuals have access to them, and when they do, it is not always in a timely and sustained way. Among the goals of care to these people , the identification of the illness and its treatment, as EARLY as possible, represents a high priority.

1 EARLY PSYCHOSIS DECLARATION An International Consensus Statement1 about EARLY Intervention and Recovery for Young people with EARLY PSYCHOSIS Jointly issued by the World Health Organization and International EARLY PSYCHOSIS Association Introduction According to the World Health Organization's World Health Report 2001, schizophrenia and other forms of psychoses which affect young people represent a major public health problem. Worldwide, they rank as the third most disabling condition, (following quadriplegia and dementia and higher than blindness and paraplegia) and pose an enormous burden, both in terms of economic cost and of human suffering. Yet, in spite of the availability of interventions that can reduce relapses by more than 50%, not all affected individuals have access to them, and when they do, it is not always in a timely and sustained way. Among the goals of care to these people , the identification of the illness and its treatment, as EARLY as possible, represents a high priority.

2 Comprehensive programmes for the detection and treatment of EARLY PSYCHOSIS and in supporting the needs of young people with EARLY PSYCHOSIS carry the important function of promoting recovery, independence, equity and self-sufficiency and of facilitating uptake of social, educational and employment opportunities for those young people . These programmes can be provided by individuals and teams with specialised skills, with a full range of primary health care services for every young person with EARLY PSYCHOSIS . Prompt and effective interventions for young people with EARLY PSYCHOSIS , for their families, close friends and other carers represent a major element of respect of individuals' rights to citizenship and social inclusion. 1. Acknowledgement: The UK Newcastle EARLY PSYCHOSIS DECLARATION (2002) was an idea conceived by IRIS ( Initiative to Reduce the Impact of Schizophrenia) and further developed with the support of Rethink and the National Institute of Mental Health for England.

3 On behalf of these UK organisations Dr. David Shiers and Dr. Jo Smith have subsequently worked closely with Professor Pat McGorry (International EARLY PSYCHOSIS Association) and Dr. Jose Bertolote (World Health Organisation) to modify the DECLARATION for an international audience in the international consensus statement. Vision: Fundamental objectives derived from this statement are to: Challenge stigmatising and discriminatory attitudes so that young people are not disadvantaged by their experiences and are truly included in their local communities. Generate optimism and expectations of positive outcomes and recovery so that all young people with PSYCHOSIS and their families achieve ordinary lives. Raise wider societal awareness about PSYCHOSIS and the importance of EARLY intervention. Attract and encourage practitioners from a wide range of health, social, non- governmental agencies ( charitable, voluntary and youth), educational and employment services to reflect on how they can better contribute to supporting young people with PSYCHOSIS , their families and their friends.

4 Values: Programmes for the detection and treatment of EARLY PSYCHOSIS should value: Respect of the right to recovery and social inclusion and support to the importance of personal, social, educational and employment outcomes. Respect of the strengths and qualities of young people with a PSYCHOSIS , their families and communities, encouraging ordinary lives and expectations. Services that actively partner young people , their families and friends to place them at the centre of care and service delivery, at the same time sensitive to age, phase of illness, gender, sexuality and cultural background. Use of cost-effective interventions. Respect of the right for family and friends to participate and feel fully involved. A five year programme of action This consensus statement describes (table 1) a number of five year measurable outcomes that an individual and their family can expect from services who have successfully implemented a comprehensive and effective programme.

5 TABLE 1. 5 year outcomes which a comprehensive and effective programme would deliver to people with EARLY PSYCHOSIS and their families Comprehensive programme Measured Outcome Improving access, engagement and The mean duration of untreated PSYCHOSIS from the treatment: onset of PSYCHOSIS (DuP) is less than three months Walk in responsive services usually provided in primary care settings should The use of involuntary treatments in the first be equipped to deal effectively with EARLY engagement is less than 25%. PSYCHOSIS . Effective treatment will be provided after no more than Service interfaces are designed to support 3 attempts to seek help quicker and more effective engagements of young people Raising community awareness All 15 year olds are equipped by mainstream about the importance and the education to understand and deal with PSYCHOSIS opportunities for earlier detection and improved management of PSYCHOSIS . PSYCHOSIS specific training is available to teachers and other relevant community agencies Promoting recovery Suicide rates within the first two years from diagnosis Services should enable rather than will be less than 1%.

6 Disable, ultimately aspiring to healing and recovery Two years after diagnosis 90% of affected individuals have employment / education rates similar to their age Means receiving encouragement and / gender matched peers sufficient support to retain/regain full participation in society. Two years after diagnosis 90% of affected individuals will report satisfaction with their employment, educational and social attainments Days out of role over the 2 years post diagnosis no more than 25%. Family engagement and support Services will give a meaningful response to families or Families have better access to information key supporters within one week and education, social, economic, practical and emotional support. 90% of families will feel respected and valued as partners in care Practitioner training: All Primary care sites are equipped to Recognition, care and treatment of young people with deal effectively with EARLY PSYCHOSIS . PSYCHOSIS is a routine part of training curricula of all primary care and social care practitioners Continued Professional Development is supported for all specialist staff working Specific EARLY Intervention training programmes are with young people with PSYCHOSIS resourced and evaluated Technical interventions: Attaining these 5 year outcomes will require underpinning by modern technical interventions and actions: A series of interventions has demonstrated efficacy in the management of EARLY psychoses, among which there are pharmacological and psychosocial approaches, the latter addressed to both patients and family members.

7 [refer International EARLY PSYCHOSIS Association consensus Clinical Practice Guidelines 2002]. Some of these interventions are specified, by level of resources in a given area, in Table 2, within the framework provided ( table ) in the WHO's World Health Report (2001). The framework also suggests strategic actions necessary for the implementation of those interventions. TABLE 2. Recommended minimum 5 year strategic actions required for the care of people with EARLY PSYCHOSIS 10 overall strategic Scenario A: Scenario B: Scenario C: recommendations Low level of Medium level of High level of resources resources resources Develop strategies which reduce the time taken to Primary care health Pilot care pathway access support from the onset of PSYCHOSIS personnel can audits of those (Duration of Untreated PSYCHOSIS ). 1. Provide treatment in recognise and initiate developing EARLY primary care: EARLY treatment for EARLY PSYCHOSIS to improve Integrated Care Pathways are routinely evaluated detection and access to PSYCHOSIS detection and treatment based on agreed Referral Guidelines between comprehensive primary care, relevant community agencies, and community-based specialist services.

9 Develop strategies to minimise the use of Move away from Initiate schemes which involuntary treatments in EARLY PSYCHOSIS , institutional and divert people with EARLY home-based intervention, alternative residential custodial models of PSYCHOSIS presenting to settings. care for those with criminal justice services, EARLY PSYCHOSIS who more appropriately into Streamed' youth-focused in-patient services are 3. Give care in the have a persistant and mental health services community: move routinely available disabling course and towards least provide community restrictive and least care wherever Use of involuntary Develop youth-friendly day programmes coercive service possible for EARLY treatment in EARLY PSYCHOSIS PSYCHOSIS is measured Develop youth oriented residential facilities to approaches routinely. support independent living for young people with psychoses Preferred in-patient facility of a general Strategies for reducing risk of suicide for people hospital psychiatric with EARLY PSYCHOSIS are developed unit rather than traditional mental asylum Individuals with EARLY PSYCHOSIS are offered treatment and care in community settings wherever possible Launch public campaigns to raise awareness Support public Support campaigns about the recognition and treatment of EARLY 4.

10 Educate the public: campaigns to raise directed at young PSYCHOSIS . raise community awareness about people which reduce awareness about the mental illness in stigma and As part of mainstream education all young importance and the young people discrimination against people are taught about PSYCHOSIS mental illness opportunities for earlier detection and improved Support PSYCHOSIS awareness training is provided to management of nongovernmental Initiate evidence-based teachers, youth and welfare workers, police and PSYCHOSIS organizations in public mental health promotion criminal justice services and other relevant education and EARLY intervention community agencies programmes in collaboration with other sectors communities, Support the formation Pilot initiatives which Families and key supporters will receive effective families and of self-help groups for help families and key services appropriate to their needs, and access to consumers: young people with supporters access help advocacy support as appropriate. 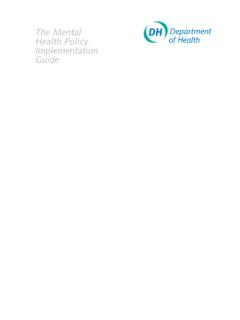 3 1. FOREWORD We are delighted to be able to publish this Implementation Guide to support the delivery of adult mental health policy locally. This is both an exciting and challenging time for 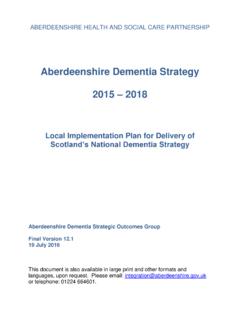 Putting People First A shared vision and commitment to the transformation of Adult Social Care 1Introduction The Our health,our care,our say White Paper and statements in the 2007 budget report and 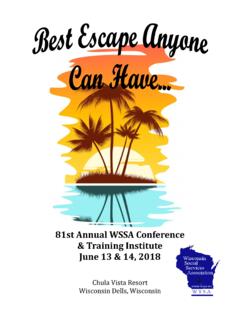 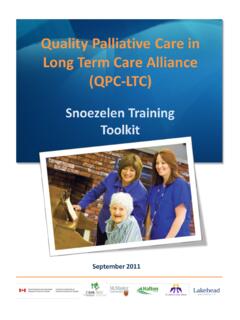