Economic analysis of desalination technologies in …

1 Economic analysis of desalination technologies in the context of carbon pricing, and opportunities for membrane distillation Uchenna K. Kesieme a, c, Nicholas Milne a, Hal Aral a, c, Chu Yong Cheng b, Mikel Duke*a a Institute for Sustainability and Innovation, College of Engineering and Science, Victoria University, P.O. Box 14428, …

2 Mg/L total dissolved solids, an order of magnitude more saline than typical seawater, validating this potential. On a reference 30,000 m3/day plant, MD has similar economics with other thermal desalination techniques, but RO is more cost effective. With the inclusion of a carbon tax of $23 per tonne carbon in Australia, RO remained the economically favourable process. However, when heat comes at a cost equivalent of 10% of the value of the steam needed for MD and MED, under a carbon tax regime, the cost of MD reduces to $ which is cheaper than RO and MED. The favour to MD was due to lower material cost. On low thermally, high electrically efficient installations MD can desalinate water from low temperature (<50 C) heat sources at a cost of $ Our assessment has found that generally, MD opportunities occur when heat is available at low cost, while extended recovery of RO brine is also viable. Key words: membrane distillation , desalination , carbon tax, price, economics and waste heat.

3 1. Introduction desalination is a means of producing fresh water from saline or brackish water by removing dissolved salts to make it suitable for human use, agricultural and industrial or manufacturing purposes [1]. With water shortages emerging across the world, communities are turning to desalination as a solution to reliable water supply. Cost and energy reductions for desalination are therefore considered an important factor to minimise the environmental impact of desalinated fresh water supply especially in arid and semi arid regions where there is little alternative. Commercial technologies for desalination include membrane separation processes such as reverse osmosis (RO) and electrodialysis (ED), as well as thermal processes, specifically multi effect distillation (MED), multi stage flash (MSF) and vapour compression distillation (VCD). These technologies are the most widely used desalination 1. processes with MSF and RO dominating the market for both brackish and sea water with a total share of about 78% [2].

4 The techno- Economic performance of these processes favours RO due to the continual advances made to reduce energy consumption and lower cost of water produced [3, 4]. While most authors report RO as the less expensive process to recover fresh water these studies do not take into account imminent rises in energy prices. RO uniquely relies on electricity to operate, while the thermal processes can utilize a waste heat or solar thermal energy more conveniently [3-6]. The US Bureau of Reclamation desalination Roadmap 2003 [7] indicated that in RO, energy consumption accounts for 44% of the produced water cost, and fixed charges account for 37%. Together, these account for over 81% of the total desalination cost [7, 8]. Similarly, it is known that for thermally driven desalination processes MSF and MED, the capital cost of the large metallic evaporators is very high, in the range of 40% to 50% of the total cost of water produced [1-9].

5 These systems thus conform to very different economics, and it is of interest to know where they fit economically under rising energy prices and the recent emergence of carbon pricing. Furthermore, alternative desalination processes that are not commercialized (or widely used) may be more economical from the perspective of capital and energy costs. They may also be easier to use and can potentially utilize a low grade heat source making them of considerable interest. One commercially emerging desalination technology that has different cost metrics and can harness waste heat sources is membrane distillation . membrane distillation (MD) is a thermally driven membrane process and may find an economically feasible niche amongst the commercialized desalination processes (MSF, MED. and RO) which are considered to be technologically mature and therefore have very little space for major performance improvements [2].

6 The advantages of MD over commercialised desalination technologies are as follows [6]: (i) lower operating temperatures and vapour space required than MSF and MED (ii) lower operating pressure than RO (iii) more than theoretical salt rejection (iv) the performance is not limited by high osmotic pressure or concentration polarization. Four MD configurations have been identified: Direct Contact membrane distillation (DCMD), Air Gap membrane distillation (AGMD), Vacuum membrane distillation (VMD) and Sweep Gas membrane distillation (SGMD) [5]. The DCMD configuration was selected in our experimental work because of its simplicity and high water flux. To date the commercial uptake of MD has not been significant and further work is needed to uncover real opportunities . Furthermore, other emerging technologies which are still in the research and development phase such as forward osmosis and freeze/thawing [1] indicate that despite the variety of commercial desalination systems, there is still a driver for more diversity in desalination options.

7 In order to foresee the Economic niche' of these emerging technologies , a cost analysis is needed to understand how they will fit within the desalination industry. The emerging technology that is the focus in this Economic assessment is MD. 2. A desalinated water cost model for MD, like the benchmark RO and MED systems, is sensitive to several Economic and technical factors such as energy source, plant capacity, salinity, and design features [5]. Among those factors, energy source and plant capacity have a dominating influence in addition to feed seawater salinity for the RO process [5-11]. The energy requirement of desalination has an important effect on the overall process economics that is more prone to suffer from variation in the cost of fossil fuels [12]. An extensive study of membrane distillation by Obaidani et al [3], reports exergy analysis , sensitivity study and economical evaluation carried out to assess the feasibility of the direct contact membrane distillation (DCMD) process with heat recovery.

8 They estimated a water cost $ , which is comparable to the cost of water produced by conventional thermal processes, $ for MED and $ for MSF [10]. The study also reveals that there is a high possibility of significant savings when a low-grade thermal energy source is used. The study claims that the cost is competitive to the cost of water produced by RO, which is about $ [11]. The Memstill project presented in 2006 by Hanemaijer et al [13] claims to have the potential to reduce the cost of existing desalination technologies for seawater and brackish water, by replacing MSF and MED modules by an air gap MD module. The process proposes to reduce the desalination costs to $ /m3 using low grade thermal steam or heat as the driving force. Similarly, in a recent (2012) study by Qtaishat and F. Banat [14], the costs in sourcing the heat from solar energy was economics were found to be dependent on the cost and efficiency of the solar panels indicating that waste heat for MD is currently a more economically viable concept.

9 Despite these costing reports in literature, it is uncertain what desalinated water by any technology will cost in a carbon constrained society. In 2012, Australia implemented a $23. per tonne carbon cost. A variable price with commence in 2015 when the Australian Government converts this to an Emission Trading Scheme [15]. With policies coming into practice to tax carbon emissions, the economics of each desalination process are therefore undergoing change particularly with the concept of MD using waste heat. Therefore one of the purposes of this work is to explore how carbon taxing will influence the cost of desalination and how the waste heat concept can give opportunities for MD. membrane distillation progress and technological challenges MD is a hybrid of membrane and thermal desalination . The MD process classically uses membranes that are hydrophobic and microporous. The driving force is a vapour pressure difference across the membrane .

10 The vapour evolved from the feed solution passes through the pores of the membrane and is collected as the condensate. Liquid water is prevented from passing the membrane thus creating a desalination effect over a very small space. Due to the convenient containment of the liquid surface using the membrane , higher packing densities bring it in line with state of the art RO compactness. This is typically achieved via different MD configurations, which are DCMD, VMD, AGMD and SGMD, which have been well described in the literature [16-19]. 3. The standard thermal energy required to operate an MD system is 628 kWh/m3 [20]. This value equates to a performance ratio (PR), or gain output ratio (GOR) of 1, being the mass ratio of water produced to the amount of steam energy ( , latent heat) fed to the process. This can be compared to state-of-the-art MED requiring about 2 kWh/m3 of electric energy and 60 kWh/m3 thermal energy as shown in Table 1. 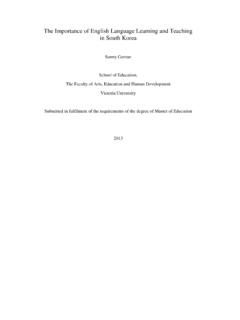 The Importance of English Language Learning and …

The Importance of English Language Learning and Teaching in South Korea Sunny Gavran School of Education, The Faculty of Arts, Education and Human Development 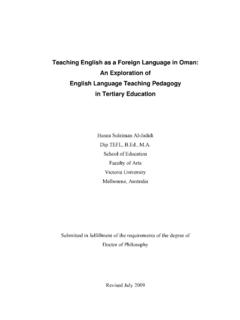 Teaching English as a Foreign Language in Oman 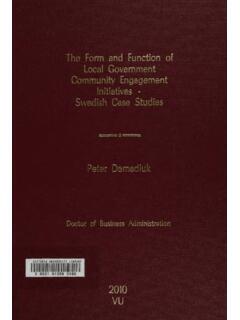 The Form and Function of Local Government … 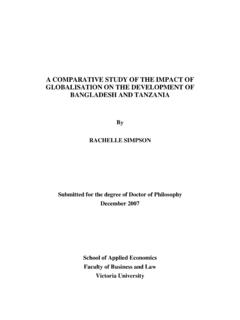 A COMPARATIVE STUDY OF THE IMPACT OF … 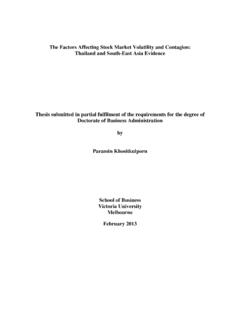 The Factors Affecting Stock Market Volatility and Contagion: Thailand and South-East Asia Evidence . Thesis submitted in partial fulfilment of the requirements for the degree of 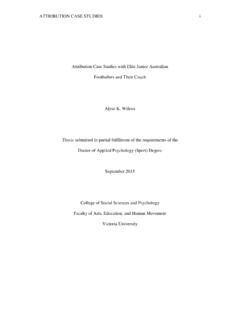 Prapavessis (1995) defined attribution theory in a sporting context as a “cognitive approach to motivation that focuses on how to interpret causes of success and failure” (Prapavessis, 1995, p. 92). 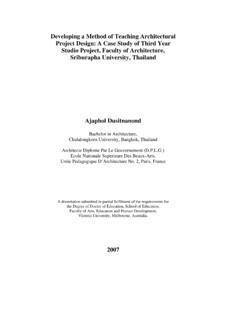 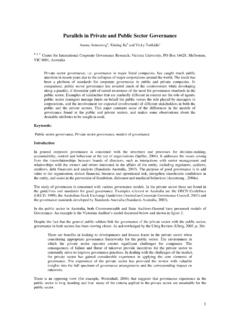 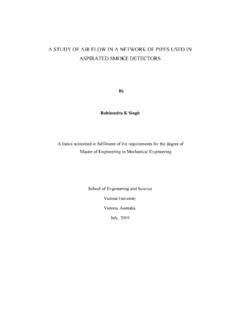 A STUDY OF AIR FLOW IN A NETWORK OF PIPES USED IN ... 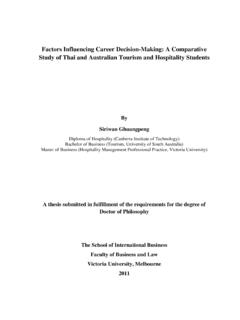 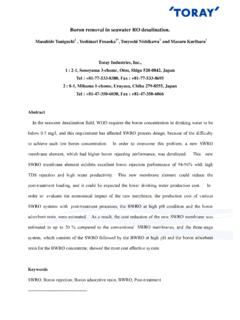 1. Introduction RO seawater desalination processes have been focused and spreading as regular technologies to produce fresh water from the seawater, due to various advantages in the point of energy saving and 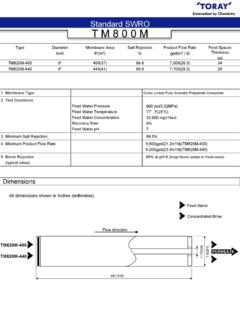 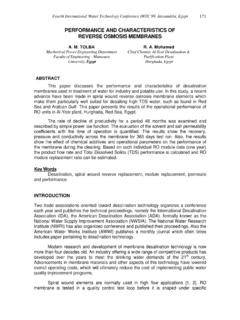 PERFORMANCE AND CHARACTERISTICS OF … 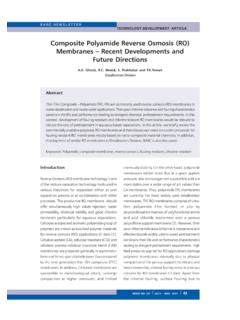 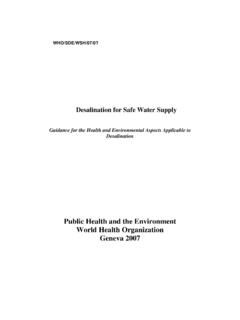