2 Can be shortened to 9 items (UWES-9). The factorial validity of the UWES-9 was demon- strated using confirmatory factor analyses, and the three scale scores have good internal consistency and test-retest reliability. Furthermore, a two-factor model with a reduced Burnout factor (including exhaustion and cynicism) and an expanded Engagement factor (including vigor, dedication, absorption, and professional efficacy) fit best to the data. These results confirm that work engagement may be conceived as the positive antipode of burnout. It is concluded that the UWES-9 scores has acceptable psychometric properties and that the instrument can be used in studies on positive organizational behavior.

4 702 Educational and Psychological Measurement to supplement the traditional focus of psychology on disease, damage, disorder, and disability. The recent trend to concentrate on optimal functioning also has aroused attention in organizational psychology, as illustrated by Luthans's (2002) recent plea for the study of positively oriented human resource strengths and Psychological capacities that can be measured, developed, and effectively managed for performance improvement in today's workplace (p. 698). One of these positive states is work engagement, which is considered to be the anti- pode of burnout. The current article is about the development and psychometric evalu- ation of a short self-report questionnaire to measure work engagement.

5 Contrary to those who suffer from burnout, engaged employees have a sense of energetic and effective connection with their work activities, and they see themselves as able to deal well with the demands of their jobs. Work engagement is defined as a positive, fulfill- ing work-related state of mind that is characterized by vigor, dedication, and absorp- tion (Schaufeli & Salanova, in press; Schaufeli, Salanova, Gonzalez-Rom , & Bakker, 2002). Rather than a momentary and specific state, engagement refers to a more persistent and pervasive affective-cognitive state that is not focused on any particular object, event, individual, or behavior.

6 Vigor is characterized by high levels of energy and mental resilience while working, the willingness to invest effort in one's work, and persistence even in the face of difficulties. Dedication refers to being strongly in- volved in one's work and experiencing a sense of significance, enthusiasm, inspira- tion, pride, and challenge. Finally, absorption is characterized by being fully concen- trated and happily engrossed in one's work, whereby time passes quickly and one has difficulties with detaching oneself from work. Accordingly, vigor and dedication are considered direct opposites of the core burnout dimensions of exhaustion and cyni- cism, respectively (Maslach, Schaufeli, & Leiter, 2001).

7 Therefore, particularly the correlations between vigor and exhaustion and between dedication and cynicism are expected to be strongly negative. The remaining dimensions of burnout ( , profes- sional efficacy) and of work engagement ( , absorption) are distinct aspects that are not considered as opposites. Based on the above-mentioned definition, a self-report questionnaire the Utrecht Work Engagement Scale (UWES) has been developed that includes the three consti- tuting dimensions of work engagement: vigor, dedication, and absorption. Originally, the UWES included 24 items, but after psychometric evaluation, 7 unsound items were eliminated so that three scales, totaling 17 items, remained (Schaufeli, Salanova, et al.)

9 / Measurement of Work Engagement 703. for measuring a particular construct because respondents should not be unnecessarily bothered. Besides, long questionnaires increase the likelihood of attrition. The original UWES-17 has encouraging psychometric features for its scores. For instance, internal consistencies (Cronbach's alpha) typically range between .80 and .90 (Demerouti, Bakker, Janssen, & Schaufeli, 2001; Dur n, Extremera, & Rey, 2004;. Montgomery, Peeters, Schaufeli, & Den Ouden, 2003; Salanova, Schaufeli, Llorens, Peir , & Grau, 2001; Schaufeli & Bakker, 2004). Thus, values of Cronbach's alpha exceed the value of .70 that is traditionally used as a rule of thumb (Nunnally &.)

10 Bernstein, 1994), and even more so, in almost all cases, alpha satisfies the more strin- gent value of .80 that is now considered a generally accepted standard (Henson, 2001). Furthermore, confirmatory factor analyses have shown that the hypothesized three- factor structure of the UWES is superior to the one-factor model (Schaufeli, Mart nez, Marques-Pinto, Salanova, & Bakker, 2002; Schaufeli, Salanova, et al., 2002). How- ever, in contrast, using explorative factor analyses, Sonnentag (2003) did not find a clear three-factor structure and decided to use the total score of the UWES as a mea- sure for work engagement. Furthermore, the three-factor structure of the slightly adapted student version of the UWES is largely invariant across samples from Spain, the Netherlands, and Portugal (Schaufeli, Mart nez, et al. 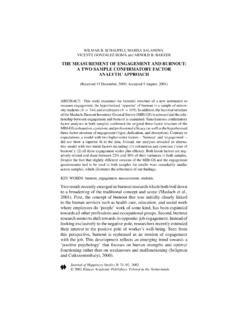 THE MEASUREMENT OF ENGAGEMENT AND …

ENGAGEMENT AND BURNOUT 75 cognitive or belief state but including the affective dimension as well. The ﬁnal dimension of engagement, absorption, is characterized by being fully concentrated and deeply engrossed in one’s work, whereby

(Eds.), Employee Engagement in Theory and …

3" " summarizes the major changes that are related to the ongoing transition from traditional to modern organizations. [Please insert Table 1.1 about here]

UWES Manual; page 3 Preface Contrary to what its name suggests, Occupational Health Psychology has almost exclusive been concerned with ill-health and unwell-being.For instance, a simple count reveals that about 95% of all articles that have been 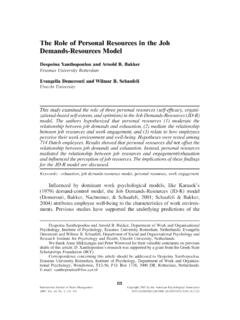 The Role of Personal Resources in the Job Demands ...

The Role of Personal Resources in the Job Demands-Resources Model Despoina Xanthopoulou and Arnold B. Bakker Erasmus University Rotterdam Evangelia Demerouti and Wilmar B. Schaufeli

The Benefits of Being Present: Mindfulness and Its …

The Benefits of Being Present: Mindfulness and Its Role in Psychological Well-Being Kirk Warren Brown and Richard M. Ryan University of Rochester

NATIONAL CURRICULUM FOR THE EDUCATION OF … 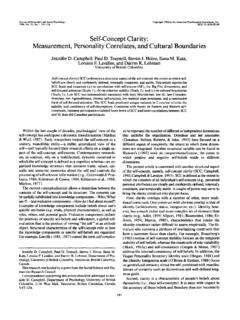 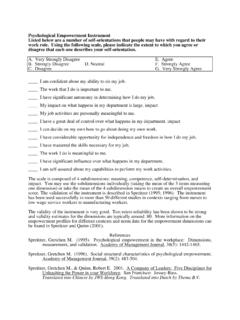 Psychological Empowerment Instrument Listed below are a number of self-orientations that people may have with regard to their work role. Using the following scale, please indicate the extent to which you agree or 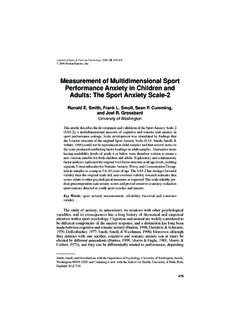 Sport Anxiety Scale-2 481 on both the SAS total score and the SCAT-C (which were highly correlated), it was not possible to assess effects of the intervention on the somatic anxiety, worry, and 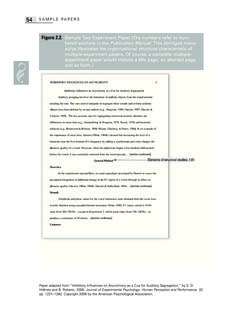 56 SAMPLE PAPERS Running head: INHIBITORY INFLUENCES ON ASYCHRONY 7 a perceptual group between the leading portion and the captor tone, on …