Elizabeth Carruthers ‘A number Line in the Nursery ...

Elizabeth Carruthers A number Line in the Nursery Classroom: a vehicle for understanding children 's number knowledge '. Early Years, Volume 18. number 1. Autumn 1997. Introduction The majority of literature on 3 and 4-year olds' number knowledge has been heavily biased towards research into counting (Piaget, 1965; Briars and Siegler, 1984; Frydman and Bryant, 1988 and Schrupman and Van Luit, 1995). Hughes's (1986) study found that young children had their won ways of recording numbers that were meaningful to them. Van Oers (1996). demonstrates the importance of a mathematical culture. Gelman and Gallistel's (1978) in- depth research into young children 's number knowledge , like many other studies, has disputed Piaget's number conservation tasks that pre-school children lacked certain cognitive abilities.

1 Elizabeth Carruthers A number Line in the Nursery Classroom: a vehicle for understanding children 's number knowledge '. Early Years, Volume 18. number 1. Autumn 1997. Introduction The majority of literature on 3 and 4-year olds' number knowledge has been heavily biased towards research into counting (Piaget, 1965; Briars and Siegler, 1984; Frydman and Bryant, 1988 and Schrupman and Van Luit, 1995). Hughes's (1986) study found that young children had their won ways of recording numbers that were meaningful to them. Van Oers (1996). demonstrates the importance of a mathematical culture. Gelman and Gallistel's (1978) in- depth research into young children 's number knowledge , like many other studies, has disputed Piaget's number conservation tasks that pre-school children lacked certain cognitive abilities.

3 As a teacher of young children it is important for me to be able to answer these questions so that I can support their learning. My knowledge of children 's literacy development was far greater than my understanding of children 's mathematics. The developmental literacy theory has made a great impact on many classrooms. Wells (1987), Smith (1988) and Cambourne (1988) echoed that is was crucial to look at the child, not the subject what do children know, and not what you think they should know. The developmental literacy theorists moved away from seeing children 's learning in an adult perspective of hierarchical steps. They found that children 's learning was more importantly associated with meaning and social contexts, (Clay (1975), Holdaway (1979).)

4 They based their methods on following the child in more natural' conditions, children choosing tasks instead of set up adult devised situations. It was this model of learning I adopted as a way of observing and supporting mathematical behaviour in the Nursery classroom. This article therefore reports some of the research which was part of my dissertation at the University of Plymouth. The following is an account of one part of the study that took place in a Nursery class of three-and four-year olds. The aim of this part of the study was to look at the classroom environment and the development theory and how it could be applied in a mathematical way. Methodology I set up 13 areas in the classroom where the children could freely interact with mathematical materials: my deliberate intent was to enhance the mathematical learning and to observe and support the learning.

5 Observation sheets were put up in every area and I collected an abundance of data, but was surprised that the number line was the most popular area, and second only to the dramatic play area. Although number was only a pat of the focus of the study, the data from the number line area was the most interesting in terms of its link to the development of literacy. Although a number line is not very original and the purpose for the children could indeed be questioned, nevertheless it attracted the children and engaged them in talk and self-initiated activities. number lines There are many different kinds of commercially produced number lines differing in number range and layout.

6 These are often used in schools and nurseries as references for children 's number work. Some number friezes have used alternative layout with suggested activities to support children ' understanding of number concepts. There are also class-made number lines where the number line is made from a class activity. Moveable number lines, such as clothes pegs with number cards hung on a line or magnetic numbers (Gardner, 1996) are seen as a valuable way of children trying out the number sequence for themselves. The Ofsted Guide for Registered Nursery Inspectors Handbook (1996) specifically mentions that there should be a number line with numerals 1 to 10 in the Nursery setting for four-year olds.

7 number lines are therefore seen as important from many perspectives. Although the rationale or use of number lines is not always clear, indeed the Ofsted document previously mentioned gives no rationale for having a number line or why in particular one should use number 1 110 say instead of 0. 15 or 2 30. Pre-school teachers could indeed put up a number line because that is what is required by Ofsted, but have little understanding of its relevance in their setting. The development of the number line The number line was placed to grow in accordance with the children 's interest. This was going to be a touch and feel number line and the numbers would probably be approximately half the height of a four-year old.

8 I started the number line by talking to a group of interested listeners about the idea of a number line. I explained what it was. What number would we start with? I threw the question open. They decided number three. They probably know more about three than most other numbers: some of them were three, so we started off with a very personal number . Several kinds of materials were gathered so that the children could choose what they were going to put on the number . I drew and they, with help, cut out the number . They chose pasta and spread it over the number and spread it over the number and thus the number line began. It took two months to accumulate numbers to ten, but it was extended because of child interest.

9 At one point zero was put up because there was a space next to the one and that prompted discussion. Each time a group chose a number they had to estimate where it would go in relation to the other numbers. We had to leave spaces for the numbers not yet chosen. Personal numbers were first chosen. For example, after three, four was chosen (the age of some of the Nursery children and others who were going to be four). Eight was chosen by Toby whose brother was eight. Toby loved to feel that number and showed his mother that number . Each number was made from a different material fur, shiny paper, balloon material, kite material and bottle tops. The numbers became very appealing and interesting to the children .

10 They were at the children 's height and steps led up to them. Twenty-seven children responded to the line. Three of them only touched and felt it, the rest interacted with other children and extended their experience: counting and touching, talking with each other about the numbers, measuring, cardinal and ordinal value. Amy initiated a circus game. She asked the children she was playing with to stand next to a number and the children jumped down as arranged by Amy. They jumped down and found another number . Amy was not always correct in her naming of the numbers but other children were able to help her and in some cases Guy said the number he was on for her. The number line was so popular I thought I would invite them to make their own number line. 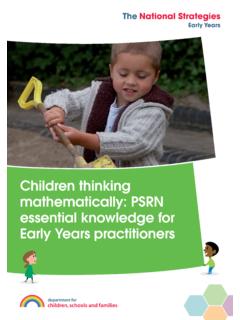 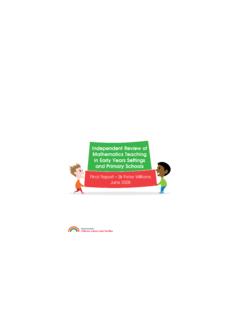 Independent Review of Mathematics Teaching in … 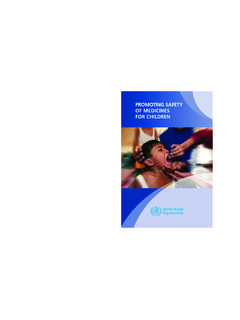 FOR CHILDREN OF MEDICINES - World Health …

Creative Play Therapy Interventions for Children and Families By Liana Lowenstein, MSW, CPT-S When children are referred for therapy, they typically feel anxious and are

UNCONTESTED DIVORCE—NO CHILDREN The forms presented in this packet are designed to guide you in the preparation of your divorce papers. You must fill in the required information as it applies to your situation. 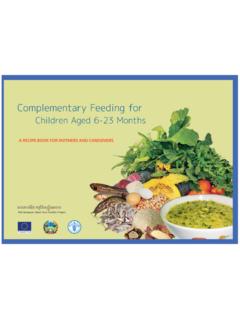 The period of transition from exclusive breastfeeding to family foods, referred to as complementary feeding, covers a child from 6-23 months of age, and is a very vulnerable period.

Vaccine-Preventable Diseases and the Vaccines that Prevent Them Last updated December 2017 • CS272886-E * DTaP combines protection against diphtheria, tetanus, and … 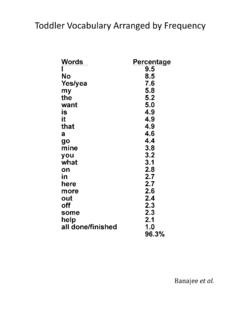