Embedded SIM Study September 2015 update Executive summary Following a first white paper drawing upon interviews with mobile network operators in 3Q 2014, EY decided to perform a second round of interviews to understand market changes following recent announcement by companies in the mobile telephony ecosystem. This second round of interviews during Q2 2015 was extended to include device and SIM card manufacturers. Our seven key findings were: 1. Embedded SIMs are now a mainstream technology in the machine-to-machine market, especially in the automotive/.

1 Embedded SIM Study September 2015 update Executive summary Following a first white paper drawing upon interviews with mobile network operators in 3Q 2014, EY decided to perform a second round of interviews to understand market changes following recent announcement by companies in the mobile telephony ecosystem. This second round of interviews during Q2 2015 was extended to include device and SIM card manufacturers. Our seven key findings were: 1. Embedded SIMs are now a mainstream technology in the machine-to-machine market, especially in the automotive/.

2 Connected cars arena, because this technology brings multiple benefits for car manufacturers. 2. Adoption of Embedded SIMs now appears a credible scenario in consumer markets (including smartphones), since some original equipment manufacturers (OEMs) are now willing to launch devices containing them, and some mobile network operators are willing to participate in these commercial launches. 3. Commercial solutions will not necessarily be Embedded SIMs but may be reprogrammable but removable SIMs such as the Apple SIM. This may prove a transition technology, allowing the ecosystem to move smoothly from traditional to Embedded SIMs without major changes in mobile network operators' operations.

3 4. The likely operating model remains to be decided. Several scenarios are possible: the solution may be operated by one mobile network operator for its own network, by a consortium of mobile operators (in a given country or region) or by an OEM worldwide. 5. Whichever model is chosen, cooperation of SIM card manufacturers will be essential since they alone master the technology and are independent third parties, able to manage multiple network encryption keys from participating mobile network operators. 6. Lack of standardization remains an obstacle to large commercial deployments though this may be resolved by GSMA before 2016.

4 7. One additional commercial opportunity could encourage adoption by mobile network operators without an agreement on standardization. The sale of devices with Embedded SIMs on by MNOs in developing markets would allow them to subsidize devices and accelerate smartphone take-up, thereby accelerating growth of their data revenues. 2 Embedded SIM Study - September 2015 update Context, objectives and survey methodology Following issuance of the Embedded SIM technical Our survey findings were summarized in the specification for M2M connections by GSMA in white paper Mobile network operator on-demand December 2013, EY surveyed 11 mobile network subscription management Study March 2015 , operators in three regions in 3Q 2014 and published a available on EY's website.

5 However, since white paper in 1Q 2015(1). 3Q 14, the market has evolved significantly. This white paper focused on five use-cases: two related In particular: to machine-to-machine and were based on GSMA Car manufacturers have deployed remote technical specifications, and three related to consumer provisioning solutions widely, making this a common markets. technology in the M2M segment(2). These were: Apple launched the Apple SIM for iPad in October Initial device provisioning 2014 in the US and the UK, in partnership with four mobile network operators.

6 Use of the Apple SIM was Change of device connectivity provider during device extended in July 2014 to mobile virtual network lifespan operators (MVNOs) such as GigSky and to around 10. Simplifying logistics other countries(3). Ability to connect on demand, anytime, anywhere, to GSMA has started to work on further Embedded SIM. any connected device specifications, which are expected to be published in Adapting subscriptions to device location early 2016(4). Since these factors will change market dynamics significantly, EY decided to perform a second round of interviews, examining market changes between 2014 and 2015.

7 Note for the reader: Embedded SIM cards and Remote Provisioning SIM cards are not Soft SIM': The recent evolutions in Embedded SIMs and Remote Provisioning cannot be considered to be Soft SIMs' the term Soft SIM' should not be used to describe any of the solutions identified in this report. The physical hardware element is always present and adds an indispensable layer of security. A Soft SIM' would be a solution with no SIM hardware and where all SIM functionality is carried out by a software layer(5). (1) Mobile network operator on-demand subscription management Study EY, March 2015.

9 Operators are no longer unwilling to manufacturers. Latest forecasts from GSMA suggest deploy Embedded SIMs in smartphones. Some MNOs that within a few years the majority of connected cars would weigh opportunities to partner with device will use Embedded SIM technology. manufacturers to launch and sell smartphones with Embedded SIMs. The impact on the mobile market will be significant as smartphone shipments (about 1. billion units in 2016) greatly exceed sales of M2M and connected object (Internet of Things, IoT) shipments (about 50 million units in 2016). 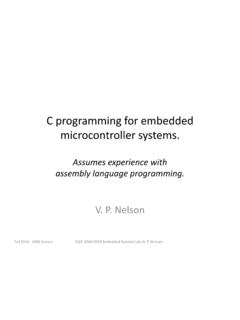 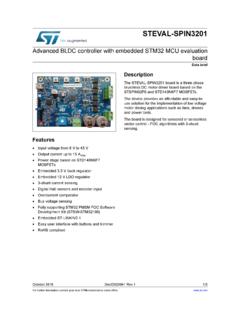 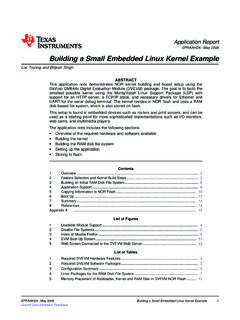 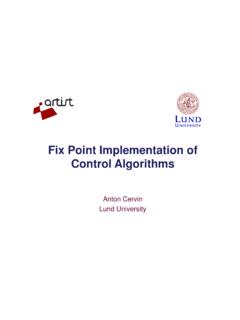 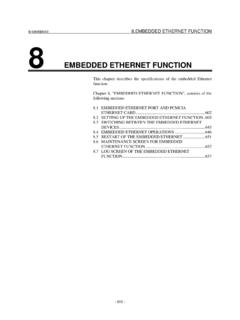 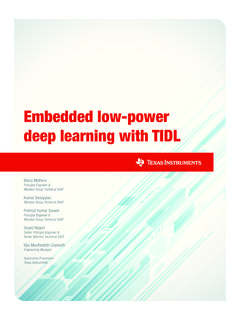 Embedded low-power deep learning with TIDL 2 January 2018 Introduction Computer-vision algorithms used to be quite different from one another. For example, one algorithm would use Hough transforms to detect lines and circles, whereas