Emerging Adulthood A Theory of Development From the Late Teens Through the Twenties Jeffrey Jensen Arnett University of Maryland College Park Emerging Adulthood is proposed as a new conception of it had risen to 25 for women and 27 for men ( Bureau development for the period from the late teens through the of the Census, 1997). Age of first childbirth followed a twenties, with a focus on ages 18-25. A theoretical back- similar pattern. Also, since midcentury the proportion of ground is presented, Then evidence is provided to support young Americans obtaining higher education after high the idea that Emerging Adulthood is a distinct period de- school has risen steeply from 14% in 1940 to over 60% by mographically, subjectively, and in terms of identity explo- the mid-1990s (Arnett & Taber, 1994; Bianchi & Spain, rations.)

1 Emerging Adulthood A Theory of Development From the Late Teens Through the Twenties Jeffrey Jensen Arnett University of Maryland College Park Emerging Adulthood is proposed as a new conception of it had risen to 25 for women and 27 for men ( Bureau development for the period from the late teens through the of the Census, 1997). Age of first childbirth followed a twenties, with a focus on ages 18-25. A theoretical back- similar pattern. Also, since midcentury the proportion of ground is presented, Then evidence is provided to support young Americans obtaining higher education after high the idea that Emerging Adulthood is a distinct period de- school has risen steeply from 14% in 1940 to over 60% by mographically, subjectively, and in terms of identity explo- the mid-1990s (Arnett & Taber, 1994; Bianchi & Spain, rations.)

2 How Emerging Adulthood differs from adolescence 19961). Similar changes have taken place in other industri- and young Adulthood is explained. Finally, a cultural con- alized countries (Chisholm & Hurrelmann, 1995; Noble, text for the idea of Emerging Adulthood is outlined, and it Cover, & Yanagishita, 1996). is specified that Emerging Adulthood exists only in cultures These changes over the past half century have altered that allow young people a prolonged period of independent the nature of development in the late teens and early role. exploration during the late teens and twenties. twenties for young people in industrialized societies. Be- When our mothers were our age, they were engaged .. They cause marriage and parenthood are delayed until the mid- at least had some idea what they were going to do with their twenties or late twenties for most people, it is no longer lives.

3 I, on the other hand, will have a dual degree in majors normative for the late teens and early twenties to be a time that are ambiguous at best and impractical at worst (English and of entering and settling into long-term adult roles. On the political science), no ring on my finger and no idea who I am, contrary, these years are more typically a period of frequent much less what I want to do .. Under duress, I will admit that change and exploration (Arnett, 1998; Rindfuss, 1991). this is a pretty exciting time. Sometimes, when I look out across In this article, I propose a new theory of development the wide expanse that is my future, I can see beyond the void. I. realize that having nothing ahead to count on means I now have from the late teens through the twenties, with a focus on to count on myself; that having no direction means forging one of ages 18-25.

4 I argue that this period, Emerging Adulthood , is my own. (Kristen, age 22; Page, 1999, pp. 18, 20) neither adolescence nor young Adulthood but is theoreti- cally and empirically distinct from them both. Emerging Adulthood is distinguished by relative independence from F or most young people in industrialized countries, the years from the late teens through the twenties are years of profound change and importance. During this time, many young people obtain the level of education and training that will provide the foundation for their social roles and from normative expectations. Having left the dependency of childhood and adolescence, and having not yet entered the enduring responsibilities that are nor- mative in Adulthood , Emerging adults often explore a vari- ety of possible life directions in love, work, and world- incomes and occupational achievements for the remainder views.

5 Emerging Adulthood is a time of life when many of their adult work lives (Chisholm & Hurrelmann, 1995; differen! directions remain possible, when little about the William T. Grant Foundation Commission on Work, Fam- future has been decided for certain, when the scope of ily, and Citizenship, 1988). It is for many people a time of independent exploration of life's possibilities is greater for frequent change as various possibilities in love, work, and most people than it will be at any other period of the life worldviews are explored (Erikson, 1968; Rindfuss, 1991). course. By the end of this period, the late twenties, most people For most people, the late teens through the midtwen- have made life choices that have enduring ramifications. ties :are the most volitional years of life.

6 However, cultural When adults later consider the most important events in influences structure and sometimes limit the extent to their lives, they most often name events that took place during this period (Martin & Smyer, 1990), Sweeping demographic shifts have taken place over I thank the following colleagues for their comments on drafts of this the past half century that have made the late teens and early article: Jack Brunner, James Cot& Shirley Feldman, Nancy Galambos, twenties not simply a brief period of transition into adult Lene Arnett Jensen, John Modell, John Schulenberg, David Skeel, Dor- roles but a distinct period of the life course, characterized othy Youniss, and James Youniss. Correspondence concerning this article should be addressed to Jef- by change and exploration of possible life directions.

7 As frey Jensen Arnett, Department of Human Development, University of recently as 1970, the median age of marriage in the United Maryland, 3304 Benjamin Hall, College Park, MD 20742. Electronic mail States was about 21 for women and 23 for men; by 1996, may be sent to May 2000 American Psychologist 469. Copyright2000 by the AmericanPsychologicalAssociation, ,(166X/00/$ Vol. 55. No. 5,469-480 DOI: which adult commitments and responsibilities are delayed while the role experimentation that began in adolescence continues and in fact intensifies. Another theoretical contribution can be found in the work of Daniel Levinson (1978). Levinson interviewed men at midlife, but he had them describe their earlier years as well, and on the basis of their accounts he developed a theory that included development in the late teens and the twenties.)

8 He called ages 17-33 the novice phase of devel- opment and argued that the overriding task of this phase is to move into the adult world and build a stable life struc- ture. During this process, according to Levinson, the young person experiences a considerable amount of change and instability while sorting through various possibilities in love and work in the course of establishing a life structure. Levinson acknowledged that his conception of the novice phase was similar to Erikson's ideas about the role exper- imentation that takes place during the psychosocial mora- torium (Levinson, 1978, pp. 322-323). Perhaps the best-known theory of development in the Jeffrey late teens and the twenties is Kenneth Keniston's theory of Jensen Arnett youth. Like Erikson and Levinson, Keniston (1971) con- ceptualized youth as a period of continued role experimen- tation between adolescence and young Adulthood .

9 How- ever, Keniston wrote at a time when American society and which Emerging adults are able to use their late teens and some Western European societies were convulsed with twenties in this way, and not all young people in this age highly visible youth movements protesting the involvement period are able to use these years for independent explo- of the United States in the Vietnam War (among other ration. Like adolescence, Emerging Adulthood is a period of things). His description of youth as a time of "tension the life course that is culturally constructed, not universal between self and society" (Keniston, 1971, p. 8) and "re- and immutable. fusal of socialization" (p. 9) reflects that historical moment I lay out the theoretical background first and then rather than any enduring characteristics of the period.

10 Present evidence to illustrate how Emerging Adulthood is a More importantly, Keniston's (1971) application of distinct period demographically, subjectively, and in terms the term youth to this period is problematic. Youth has a of identity explorations. Next, I explain how Emerging long history in the English language as a term for childhood Adulthood can be distinguished from adolescence and generally and for what later became called adolescence young Adulthood . Finally, I discuss the economic and cul- ( , Ben-Amos, 1994), and it continues to be used popu- tural conditions under which Emerging Adulthood is most larly and by many social scientists for these purposes (as likely to exist as a distinct period of the life course. reflected in terms such as youth organizations). Keniston's The Theoretical Background choice of the ambiguous and confusing term youth may explain in part why the idea of the late teens and twenties There have been a number of important theoretical contri- as a separate period of life never became widely accepted butions to the understanding of development from the late by developmental scientists after his articulation of it. 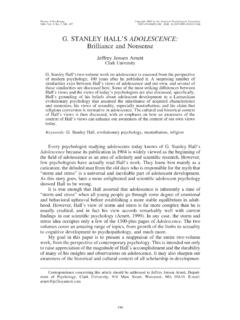 Every psychologist studying adolescents today knows of G. Stanley Hall’s Adolescence because its publication in 1904 is widely viewed as the beginning of the ﬁeld of adolescence as an area of scholarly and scientiﬁc research. 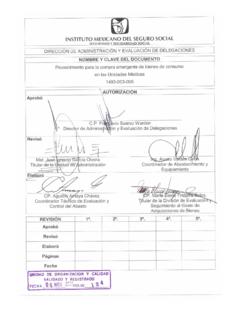 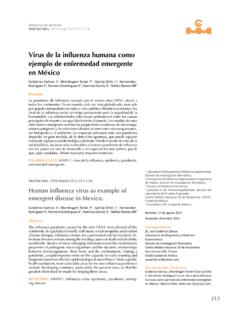 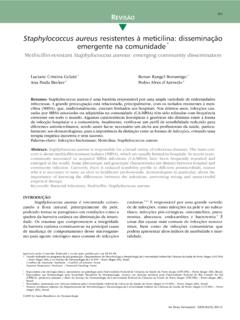 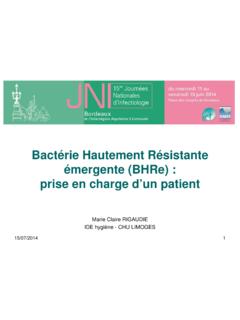 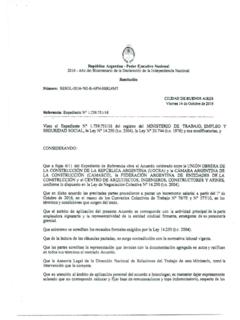