Employment Creation for Youth in Africa: The …

Employment Creation for Youth in Africa: The Gender Dimension Prepared by Professor Christiana Okojie Department of Economics and Statistics University of Benin Benin City, Nigeria. Expert Group Meeting on Jobs for Youth : National Strategies for Employment Promotion,15-16 January, 2003, Geneva, Switzerland 2. Employment Creation for Youth in Africa: The Gender Dimension 1. Introduction In the last two or more decades, Africa has been confronted with a multid imensional crisis with several symptoms including drought and famine, floods, wars, HIV/AIDS. and various endemic diseases, and widespread poverty. Underlying all these is the phenomenon of unemployment which to some observers, is at the core of the problems of the African sub-region (Sarr, 2000). The African Common Position on Human and Social Development in Africa, a document prepared for the Copenhagen World Summit for Social Development, highlighted some of the human and social issues of concern for the African region.

2 Employment Creation for Youth in Africa: The Gender Dimension 1. Introduction In the last two or more decades, Africa has been confronted with a multidimensional

1 Employment Creation for Youth in Africa: The Gender Dimension Prepared by Professor Christiana Okojie Department of Economics and Statistics University of Benin Benin City, Nigeria. Expert Group Meeting on Jobs for Youth : National Strategies for Employment Promotion,15-16 January, 2003, Geneva, Switzerland 2. Employment Creation for Youth in Africa: The Gender Dimension 1. Introduction In the last two or more decades, Africa has been confronted with a multid imensional crisis with several symptoms including drought and famine, floods, wars, HIV/AIDS. and various endemic diseases, and widespread poverty. Underlying all these is the phenomenon of unemployment which to some observers, is at the core of the problems of the African sub-region (Sarr, 2000). The African Common Position on Human and Social Development in Africa, a document prepared for the Copenhagen World Summit for Social Development, highlighted some of the human and social issues of concern for the African region.

2 One of the core issues addressed by the Summit and which was emphasized in the African Common Position, was the promotion of productive Employment and the reduction of unemployment. Follow-up conferences in Africa recognized various constraints and challenges to the achievement of the Programme of Action adopted at the World Summit. With respect to Employment Creation , it was recognized that a major challenge is the design of comprehensive, integrated and coherent Employment policies to fac ilitate the attainment of objectives. An integrated Employment programme it was stressed should comprise four essential elements (ECA 1999): a) A policy component, b) A mechanism for operationalising, monitoring, and coordinating the programme, c) An integrated and interconnected set of Employment -promoting project proposals, and d) Proposals for target groups expected to be the beneficiaries of the programme.

3 A necessary condition for enhancing Employment Creation is to achieve a high rate of Employment -intensive economic growth. That is, an Employment -led growth strategy is required to address the problems of widespread poverty and unemployment in Africa. This required that there should be a link between Employment policies, development needs, education and human development, and women in development. It was recognized that special activities are needed for the Employment of women, and that Youth Employment should also be integrated into comprehensive national development programmes (ECA 1999). With the rapid population growth in Africa and its implication for the age pyramid, Youth unemployment has become a major issue of concern to African governments. At the global level, with an estimated 70. million Youth around the world unemployed and many more underemployed, the need for Employment Creation for Youth cannot be denied.

4 Youth unemployment rates are at least double that of adults. The situation is very critical for young women who suffer higher unemployment rates than young men in majority of economies (UN. 2002). While Employment Creation is part and parcel of macroeconomic policy, the pressure of Youth unemployment led several African governments, often with the support of the donor community, to embark on programmes and projects to promote Youth Employment . Some programmes have also addressed women's concerns. This paper reviews Employment of Youth and some Employment promotion strategies in Africa from a gender perspective. The purpose of the paper is to contribute to the discussion 3. on policies to create Employment for Youth worldwide Section two of this paper examines gender and Employment patterns in Africa. Section three reviews Youth Employment and unemployment in Africa.

5 Section four discusses some successful strategies for Employment Creation for Youth in Africa with emphasis on the Nigerian experience. Section five highlights issues to be considered in designing and integrating Youth concerns into Employment policies in Africa from a gender perspective. II Gender Issues in Employment in Africa There are wide variations in female labour force participation between and within countries in Africa. Available statistics show that labour force participation rates are lower for women than for men in every country (see Table 1). For all Africa, female labour force participation rate was percent for females as against percent for males in the year 2000. However, official labour statistics do not adequately reflect women's activities, especially in rural areas where production systems are still predominantly household or family based.

6 A great deal of women's economic activities, especially for family consumption and unpaid family labour are not reflected in official statistics (ILO 1997). In the rural areas, women, women are heavily concentrated in agriculture, and within agriculture, in food production, especially in sub-Saharan Africa. The proportion of women is nearly always higher than the proportion of men (Katepa-Kalala, 1999). For several countries, statistics of formal sector wage Employment are often unavailable or not disaggregated by gender. Although an increasing number of women are now employed in the formal sector, formal wage Employment , whether in the public or private sector, has offered relatively limited Employment to women, it is dominated by men. Women are found mainly at the lower echelons in the formal sector (African Centre for Gender and Development, 2002).

7 The share of women employed in industry is low. Given limited opportunities in the formal sector, majority of women in the urban areas are self-employed in the informal sector. The most common entrepreneurial activity for women is retail trade, including within and cross border trading, others activities include handicrafts, food processing, services and cottage industries, (ILO, 1997; Okojie, 2000). A survey conducted by the World Bank found that over 95 percent of female workers in Ghana and 90 percent in Zambia are employed in the informal sector (Katepa-Kalala, 1999). Furthermore, unemployment of women continues to be higher than that of men. Women face various structural constrains on their effective participation in economic activities, they include the following (ILO, 1997; Katepa -Kalala, 1999; Okojie, 2000;. African Centre for Gender and Development, 2002): Customary laws and norms which impede women to a greater extent than men, from obtaining land, credit, productive inputs, education, information, and healthcare.

8 The coexistence of multiple laws which create ambivalence (for example, customary and statute laws relating to marriage and inheritance). Gender bias in access to basic human resource development services such as education, training and health (see Table 1 for gender gap in adult literacy rates, and Table 2 for Youth literacy rates), and 4. Time poverty, resulting from women's multiple and competing reproductive and productive responsibilities. These are usually performed without the assistance of labour-saving technology, adequate transportation, etc. In general, women are at a disadvantage in access to and control over productive resources. Consequently, their economic activities suffer from low productivity and are often poorly remunerated. Women's Employment has wide implications for households and the community, as their incomes contribute to family welfare.

9 They should therefore be included as a target for Employment policies. III Youth Employment and Unemployment in Africa Adequate and reliable unemployment figures for African countries are not available. However, figures show that Africa, compared to other regions of the world, has the largest segment of young people in its population, percent in 2000, compared to percent for the world (Curtain, 2000). In Africa, it is estimated that young people make up more than 50 percent of the population of most countries. Tables 2 and 3. (see Annexe) show that Youth aged 15-24 years make up between 19-23 percent of the populations of majority of African countries, although some estimates show that the proportion of Youth aged 15-25 years constitutes about one -third of the population in most African countries (Chigunta, 2002). In absolute terms, it is estimated that there are presently about 122 million Youth on the African continent (Chigunta, 2002).

10 Table 3 shows that the median age of Youth in most African countries is between 16- 20 years, 2 shows male and female populations aged 15-24 years. In a majority of the countries for which figures are available (24 countries out of 37), the female population aged 15-24 is higher than that of males. Furthermore, most of the Youth aged 15-24 live in rural areas. Africa's Youth are more educated than their parents as a comparison of Tables 1 and 5 shows. Majority of African Youth aged 15- 24 are literate, although female Youth are less educated than their male counterparts. However, although they are better educated, they possess few employable skills. Projections of population growth into the 21st century indicate that the proportion of young persons aged 15-24 years, in relation to the overall population, will continue to grow over the next twenty years (Chigunta, 2002). 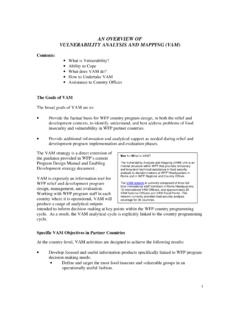 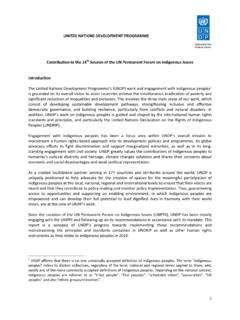 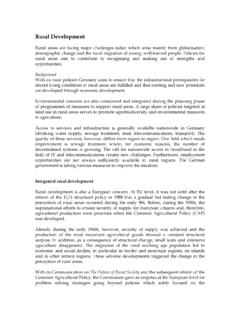 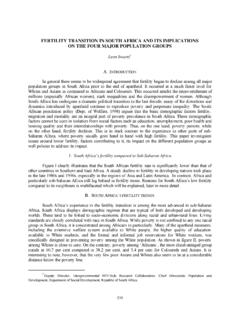 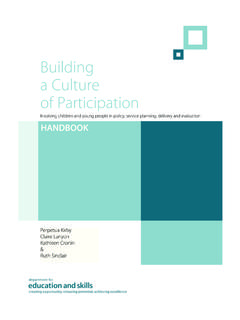 Building a Culture of Participation - UCL Institute of ...

Toward a Critical Social Theory of Youth …

Social, Critical, Youth, Theory, Participation, Towards, Toward a critical social theory of youth 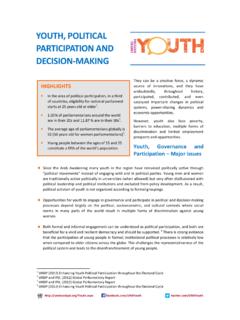 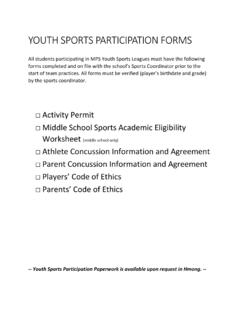 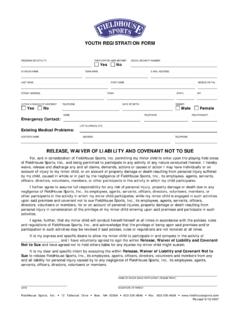 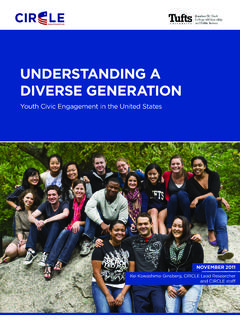 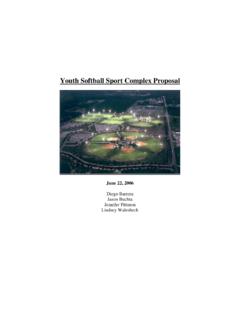 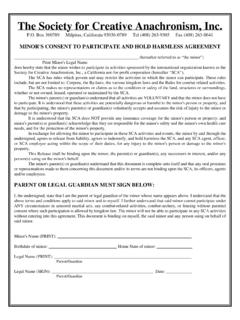 The Society for Creative Anachronism, Inc.