5 The present document is the result of that study. The author made efforts to consult a variety of sources, obtain the most relevant and up-to-date information, and corroborate the findings of this paper with informants on the ground. Trade mission reports and other useful documents from the Sanitary and Phytosanitary- livestock and Meat Marketing (SPS-LMM) Program and data from FAOSTAT and UN- COMTRADE proved particularly useful, together with reports and studies from a variety of sources. The absolute reliability of every figure reported in these trade databases cannot be verified nevertheless, in the absence of a thorough MARKET monitoring system, it provides the most useful comparative overview of trade data that is currently available.

6 There are, however, inevitable gaps in data, as information on certain recent developments in the livestock sector (for instance, the impact of the opening of quarantine stations in the Somali ports of Berbera and Bosasso) were not available to the author at the time of writing. Due to these gaps, some of the standard elements of the USAID Value Chain End MARKET Toolkit ( ), such as the Boston Matrix, were not included. The author's recommendations for further ANALYSIS can be found at the end of this report. It should also be noted that FAOSTAT was used for import data reported in Chapter 3, while UN-COMTRADE was used for export data reported in Chapter 4.

7 This is simply due to the fact that the author used the FAOSTAT database at the beginning of the study, as this source seemed more common in studies and reports. It later became apparent that UN-COMTRADE had more detailed data ( boneless meat vs. carcasses and bone-in cuts, etc.), and the author therefore switched to UN-COMTRADE in order to include a more detailed ANALYSIS in Chapter 4. Finally, and most importantly, the author is grateful to the knowledgeable individuals who reviewed the report and provided invaluable comments and insights, including Hank Fitzhugh and Belachew Hurrissa (TAES/SPS-LMM), Yacob Aklilu (Tufts University), Mohamed Abdinoor (USAID/Ethiopia) and Jim Yazman (USAID/EGAT).

8 Their feedback was extremely helpful in updating and deepening the author's knowledge of the ETHIOPIAN livestock sector. This end MARKET ANALYSIS is far stronger for their input. - Elisabeth Farmer, consultant for ACDI/VOCA. END MARKET ANALYSIS OF ETHIOPIAN livestock AND MEAT ii EXECUTIVE SUMMARY. Ethiopia has some important comparative advantages in the Middle Eastern livestock and meat markets. The meat characteristics of Ethiopia's lowland breeds particularly Boran bulls and Somali Blackhead sheep are prized by consumers. Geographical proximity to Egypt and the Gulf makes both live animal exports and chilled meat exports possible. Live animal exports are high, as an estimated million livestock1 are exported from the country annually.

9 Although the vast majority of these (approximately million) pass through informal channels. These livestock exports have suffered from repeated trade bans due to importing countries' concerns over transboundary diseases. Yet the solution to these bans quarantine stations in Djibouti and now in other port cities as well has proved to have its own drawbacks, with high costs and concerns over growing foreign influence within the ETHIOPIAN livestock trade. In order to overcome these challenges and increase in-country value addition, the ETHIOPIAN Government is committed to supporting meat exports. Yet such exports remain small in volume, constrained by inefficiencies in purchasing, poor animal handling and inadequate facilities at the abattoir and export level.

10 These factors all contribute to low meat quality and unreliable supply which are the major complaints of Gulf importers regarding ETHIOPIAN meat. In addition to these internal challenges, ETHIOPIAN livestock and meat exporters face stiff competition from Brazil, India, Pakistan, Australia and New Zealand. Brazilian beef is price competitive as a result of low production costs, while India has a ready-made MARKET , catering primarily to the large non-resident Indian population in the Gulf for its beef (buffalo meat) exports. Australia, which exports primarily sheep meat to the Middle East, has an aggressive marketing campaign through its regional marketing office and targets the higher end of the MARKET . 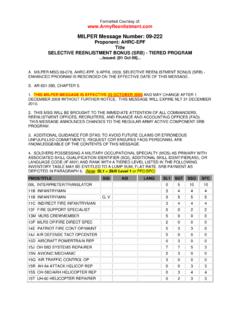 State of the global market for shark products