Important disclosures can be found in the Appendix ENERGY & NATURAL RESOURCES Taking Stock 2017 : adjusting expectations for US GHG Emissions Since 2014, Rhodium Group has provide an independent annual assessment of US greenhouse gas (GHG) emissions and progress towards achieving the country s international climate commitments. In this, our 2017 Taking Stock report, we update our forecast to include policy changes under the Trump Administration, new EPA GHG inventory estimates, and ENERGY market and technology developments over the past year. We find that under current policy, the US is still set to come within striking distance of its Copenhagen target of a 17% reduction below 2005 levels by 2020.

www.rhg.com Important disclosures can be found in the Appendix ENERGY & NATURAL RESOURCES Taking Stock 2017: Adjusting Expectations for US GHG Emissions Since 2014, Rhodium Group has provide an independent annual assessment of

1 Important disclosures can be found in the Appendix ENERGY & NATURAL RESOURCES Taking Stock 2017 : adjusting expectations for US GHG Emissions Since 2014, Rhodium Group has provide an independent annual assessment of US greenhouse gas (GHG) emissions and progress towards achieving the country s international climate commitments. In this, our 2017 Taking Stock report, we update our forecast to include policy changes under the Trump Administration, new EPA GHG inventory estimates, and ENERGY market and technology developments over the past year. We find that under current policy, the US is still set to come within striking distance of its Copenhagen target of a 17% reduction below 2005 levels by 2020.

2 But absent new policy (whether at the federal or state and local level), the US is on course for a 15-19% reduction in GHG emissions by 2025 considerably short of its 26-28% commitment under the Paris Agreement. There is still time to correct course, whether at the subnational level over the next couple years or through new federal policy a little further down the road. But with President Trump s election, it will certainly be a tougher lift. INTRODUCTION What a difference a year makes. In our last installment of Taking Stock , we summarized a raft of new policies adopted or proposed by the Obama administration as part of the Climate Action Plan. Since then, President Trump has made good on his campaign promise to undo his predecessor s climate agenda, signing an Executive Order (EO) March 28 that directed agencies to rescind any pending rules and regulations related to the Climate Action Plan and instructed EPA to review and potentially withdraw Obama s signature rule, the Clean Power Plan.

3 Now the Trump Administration is considering whether to fulfill a second campaign promise to cancel the Paris Agreement. After much internal back and forth, the administration has indicated it will make a decision on the fate of US participation after President Trump s trip to the Group of 7 (G7) meetings later this week. Contributing to the unease among some administration officials is the likely inability of the US to meet its Paris commitment while fulfilling Trump s campaign commitment to tear up the Climate Action Plan. International negotiating partners are also trying to gauge the impact of Trump s policy agenda on America s emissions trajectory, and state, city and corporate actors are exploring opportunities to mitigate the damage.

4 Of course policy alone doesn t determine a country s GHG emissions, a combination of policy, economic, technological and market factors do. Recent developments in clean ENERGY technology, ENERGY efficiency, and oil and gas production as well as economic growth dynamics are also shaping America s emissions future. In this edition of Taking Stock , we present US GHG emissions projections that account for these recent economic, market and technology developments as well as changes in federal and state policy since the end of 2015. This is a forecast based on policies on the books today, not an assessment of US emission reduction potential. As we note above, a lot can happen in a year, let alone a decade.

5 Changes if state and local policy either independent of the new administration or in direct response to it, will shape future US May 24, 2017 Kate Larsen John Larsen Whitney Herndon Shashank Mohan Trevor Houser ENERGY & NATURAL RESOURCES RHODIUM GROUP 2 emissions, as will the outcome of the 2020 Presidential election. But the forecasts presented here provide a useful signpost for where the US is headed as of today, and how much work remains to be done. PROGRESS TO DATE The year before President Obama took office, the ENERGY Information Administration (EIA) projected in its Annual ENERGY Outlook (AEO) that carbon dioxide (CO2) emissions from US ENERGY consumption would continue to grow at their historical average of nearly 1% per year for the foreseeable future.

6 US CO2 emissions have instead declined significantly in absolute terms due to policy actions taken by the Obama Administration, slower than expected economic growth, and technological developments like the shale gas boom and dramatic reductions in wind and solar costs. By the end of 2016, US CO2 emissions from ENERGY consumption (which account for roughly 80% of total US GHG emissions) were below 2005 levels and lower than projected by the EIA in 2008 (Figure 1). Figure 1: 2016 emissions 18% lower than projected in 2008 MMt CO2 from ENERGY consumption Source: EIA, Rhodium Group analysis. The billion metric ton (MMt) drop in emissions between the AEO2008 forecast and what actually occurred in 2016 was due to a combination of slower than expected economic growth, and a reduction in the carbon intensity of ENERGY supply.

7 In the 2008 AEO, EIA projected average annual growth in Gross Domestic Product (GDP) between 2008 and 2016. Instead, thanks to the financial crisis, Great Recession, and relatively sluggish recovery, the economy grew at an average annual rate of That meant overall economic output was lower in 2016 than expected. There were significant ENERGY efficiency improvements over this period of time, both in buildings and vehicles. But overall, the ENERGY -intensity of the US economy was right about where the EIA projected in 2016. The carbon-intensity of ENERGY supply the amount of CO2 emitted per unit of ENERGY consumed fell between 2008 and 2016, which explains the rest of the emissions decline in Figure 1.

8 This is the result of an unprecedented increase in the availability and use of NATURAL gas from shale RESOURCES coupled with expanded renewable power generation thanks to the federal Production 4,0004,5005,0005,5006,0006,5001990199219 9419961998200020022004200620082010201220 142016 ActualAEO2008 Forecast18% belowforecast ENERGY & NATURAL RESOURCES RHODIUM GROUP 3 Tax Credit (PTC) and Investment Tax Credit (ITC), state Renewable Portfolio Standards (RPS), other federal and state policies, and a decline in renewable technology costs. Other GHG emissions have not declined as quickly as ENERGY -related CO2. As a result, the EPA estimates that total US GHG emissions were below 2005 levels in 2015 (the last year for which all gas inventory data is available), compared to for ENERGY -related Given the year-on-year decline in ENERGY -related CO2 in 2016, economy-wide GHG emissions were likely 12%-13% below 2005 levels.

9 The Obama administration adopted or proposed a range of policies that would have continued to reduce US GHG emissions, from the Clean Power Plan to methane regulations for oil and gas production, to fuel economy standards for passenger vehicles. During the 2016 Presidential campaign, Hillary Clinton pledged to build on this agenda and accelerate clean ENERGY deployment and US GHG emissions. Donald Trump promised to do the opposite, a promise he attempted to make good on with his March 28th EO. EMISSIONS OUTLOOK UNDER CURRENT POLICY When the EO was released, we did a quick analysis of the impact on US emissions if all Obama-era policies identified are successfully eliminated.

10 As we noted then, however, it is unclear whether the requested agency reviews will result in complete elimination of the policies in the EO s crosshairs, in particular as any attempts will be subject to court challenge. For this assessment, we assume all recently finalized policies not explicitly rolled back by the EO remain intact, including the 2017 -2025 corporate average fuel economy (CAF ) standards, oil and gas methane standards for new sources and existing sources on public lands, and phasedown of hydrofluorocarbons (HFCs) under the Kigali amendment to the Montreal Protocol. With EPA s Clean Power Plan (CPP) effectively on indefinite hold, we exclude it altogether. We also do not include potential Trump administration policies that were discussed on the campaign but have yet to be put into effect, including potential expansion of offshore oil and gas production. 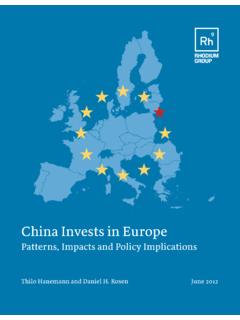 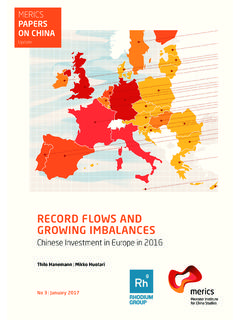 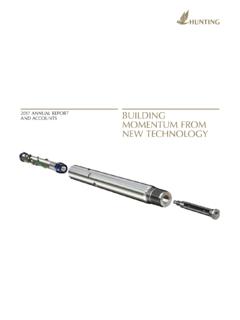 AND ACCOUNTS BUILDING MOMENTUM FROM …