2 Additionally, they are suggestive of the breadth of texts that stu- dents should encounter in the text types required by the Standards. The choices should serve as useful guideposts in helping educators select texts of similar complexity, quality, and range for their own classrooms. They expressly do not represent a partial or complete reading list. The process of text selection was guided by the following criteria: Complexity. appendix A describes in detail a three-part model of measuring text complexity based on quali- tative and quantitative indices of inherent text difficulty balanced with educators' professional judgment in matching readers and texts in light of particular tasks.

3 In selecting texts to serve as exemplars, the work group began by soliciting contributions from teachers, educational leaders, and researchers who have experience working with students in the grades for which the texts have been selected. These contributors were asked to recommend texts that they or their colleagues have used successfully with students in a given grade band. The work group made final selections based in part on whether qualitative and quantitative measures indicated that the recommended texts were of sufficient complexity for the grade band. For those types of texts par- ticularly poetry and multimedia sources for which these measures are not as well suited, professional judg- ment necessarily played a greater role in selection.

4 Quality. While it is possible to have high-complexity texts of low inherent quality, the work group solicited only texts of recognized value. From the pool of submissions gathered from outside contributors, the work group selected classic or historically significant texts as well as contemporary works of comparable literary merit, cultural significance, and rich content. Range. After identifying texts of appropriate complexity and quality, the work group applied other criteria to ensure that the samples presented in each band represented as broad a range of sufficiently complex, high- quality texts as possible.

5 Among the factors considered were initial publication date, authorship, and subject matter. Copyright and Permissions For those exemplar texts not in the public domain, we secured permissions and in some cases employed a conser- vative interpretation of Fair Use, which allows limited, partial use of copyrighted text for a nonprofit educational purpose as long as that purpose does not impair the rights holder's ability to seek a fair return for his or her work. In instances where we could not employ Fair Use and have been unable to secure permission, we have listed a title without providing an excerpt.

6 Thus, some short texts are not excerpted here, as even short passages from them would constitute a substantial portion of the entire work. In addition, illustrations and other graphics in texts are generally not reproduced here. Such visual elements are particularly important in texts for the youngest students and in many informational texts for readers of all ages. (Using the qualitative criteria outlined in appendix A, the work group con- sidered the importance and complexity of graphical elements when placing texts in bands.). When excerpts appear, they serve only as stand-ins for the full text.

7 The Standards require that students engage with appropriately complex literary and informational works; such complexity is best found in whole texts rather than pas- sages from such texts. Please note that these texts are included solely as exemplars in support of the Standards. Any additional use of those texts that are not in the public domain, such as for classroom use or curriculum development, requires independent permission from the rights holders. The texts may not be copied or distributed in any way other than as part of the overall Common Core State Standards Initiative documents.

8 Sample Performance Tasks The text exemplars are supplemented by brief performance tasks that further clarify the meaning of the Standards. These sample tasks illustrate specifically the application of the Standards to texts of sufficient complexity, quality, and range. Relevant Reading standards are noted in brackets following each task, and the words in italics in the task appendix B |. reflect the wording of the Reading standard itself. (Individual grade-specific Reading standards are identified by their strand, grade, and number, so that , for example, stands for Reading, Informational Text, grade 4, standard 3.)

9 2. Common Core State Standards for english Language arts & Literacy in History/social studies, science, and technical subjects How to Read This Document The materials that follow are divided into text complexity grade bands as defined by the Standards: K 1, 2 3, 4 5, 6 8, 9 10, and 11 CCR. Each band's exemplars are divided into text types matching those required in the Standards for a given grade. K 5 exemplars are separated into stories, poetry, and informational texts (as well as read-aloud texts in kindergarten through grade 3). The 6 CCR exemplars are divided into english Language arts (ELA), History/social studies, and science, mathematics, and technical subjects, with the ELA texts further subdivided into stories, drama, poetry, and informational texts.

10 (The History/social studies texts also include some arts-related texts.) Citations intro- duce each excerpt, and additional citations are included for texts not excerpted in the appendix . Within each grade band and after each text type, sample performance tasks are included for select texts. Media Texts Selected excerpts are accompanied by annotated links to related media texts freely available online at the time of the publication of this document. appendix B |. 3. Common Core State Standards for english Language arts & Literacy in History/social studies, science, and technical subjects Table of Contents K 1 Text Minarik, Else Holmelund. 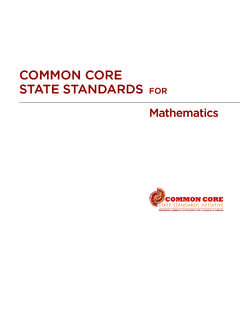 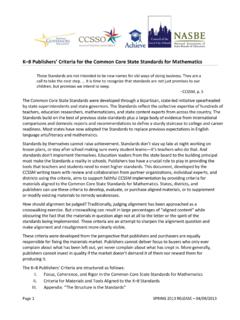 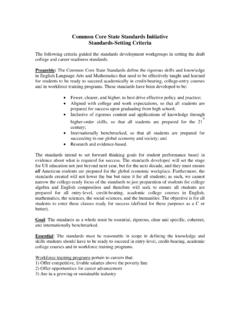 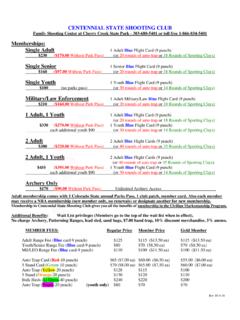 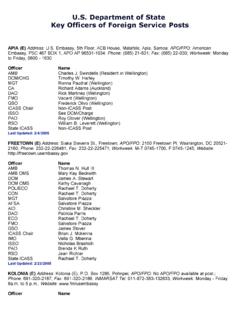