Environmental fate and effects of poly- and …

report no. 8/16 I Environmental fate and effects of poly- and perfluoroalkyl substances (PFAS) Prepared for the Concawe Soil and Groundwater Taskforce (STF/33):

2 Aqueous Film Forming Foam (AFFF) and Fluoroprotein (FP)/ Film Forming Fluoroprotein Foam (FFFP) foam have been used since the 1960s and 1970s, respectively, for the suppression of class B (flammable liquid) fires at airports, refineries and other major petroleum facilities. In recent years, however, the use of these has been challenged due to concern that certain poly and perfluoroalkyl substances ( pfas ) used in their formulation exhibit PBT characteristics (Persistent, Bioaccumulative and Toxic). While alternative pfas -free foams are now commercially available, concerns have been raised that these may be less effective for fighting large-scale flammable liquid fires and that other issues such as shelf life, compatibility with conventional application equipment and suitability of different materials for storage have not been fully evaluated.

3 It is important that users of class B fire- fighting foams understand and manage both Environmental and fire safety aspects of foam use. An assessment of site foam stocks is recommended to ensure that any legacy stocks containing > PFOS. (banned for use in the EU since June 2011) are set aside for safe disposal by high temperature incineration. A similar assessment should be completed for foam stocks that may be brought to site from third parties in the event of an emergency. At locations where fluorochemical- based foams have been used for fire- fighting or fire- fighting training, users should consider how to manage the potential issues. Fire- fighting foams designated C6 by manufacturers are formulated using pfas .

4 That cannot degrade to form PFOS or PFOA and so these seem of less concern from an Environmental standpoint. It should be noted, however, that given the range of compounds present there is still uncertainty about their properties. In addition, low Environmental concentration limits have been set for short chain pfas ( <C6. PFSA; <C7 PFCA) in many EU countries due to their persistence. Where possible, therefore, water containing pfas - based fire- fighting foam residues should be captured for treatment and not discharged to the environment. This report, which is a review of published literature on the Environmental fate and effects of pfas , has been produced to help Concawe members understand and manage Environmental and human health risks associated with current and legacy formulations of pfas - based class B fire- fighting foams.

5 It describes the main types of pfas , their use, fate and transport properties, toxicity data, regulation, and gives an overview of chemical analysis and remedial techniques. The report has been reviewed by members of the Concawe Special Taskforce on Soil and Groundwater, and the Emerging Contaminant Working Group of the Network for Industrially Contaminated Land in Europe (NICOLE). II. report no. 8/16. KEYWORDS. PFOS, PFOA, pfas , perfluorooctane sulfonate, perfluorooctanoic acid, poly - and perfluoroalkyl substances, toxicity, bioaccumulation, Environmental quality standard, Environmental fate, regulation, chemical analyses, remediation INTERNET.

6 This report is available as an Adobe pdf file on the Concawe website ( ). NOTE. Considerable efforts have been made to assure the accuracy and reliability of the information contained in this publication. However, neither Concawe nor any company participating in Concawe can accept liability for any loss, damage or injury whatsoever resulting from the use of this information. This report does not necessarily represent the views of any company participating in CONCAWE. III. report no. 8/16. CONTENTS Page SUMMARY VI 1. INTRODUCTION 1 2. pfas TYPES, PRODUCTION AND USE 2 TYPES OF pfas 2 perfluoroalkyl sulfonic acids 3 perfluoroalkyl carboxylic acids 3 Potential PFSA and PFCA precursor compounds 4 Fluorotelomers 5 Fluoropolymers 5 PRODUCTION PROCESSES 5 Electrochemical Fluorination 6 Fluoro Telomerization 6 USE 7 General Use 7 Fire-fighting foam use 8 Environmental CONCERNS 10 3.

10 pfas are used in fire foam products because of their ability to wet the surface of liquid hydrocarbon, resulting in a much higher foam spreading rate than is possible using only hydrocarbon-based surfactants. At sites where fire-fighting foams have been used, pfas source zones may include fire- fighting training areas, areas where large fires have occurred historically, foam storage and dispensing locations and locations where AFFF has been repeatedly used for flammable vapour suppression during hot work'. Regulation Concern around the Environmental effects of pfas use began in the late 1990s when it was realised that, due to their resistance to biodegradation, perfluorooctane sulfonic acid (PFOS) and perfluorooctanoic acid (PFOA), two of the most abundant pfas , were ubiquitous in various biological and Environmental matrices, and could biomagnify. 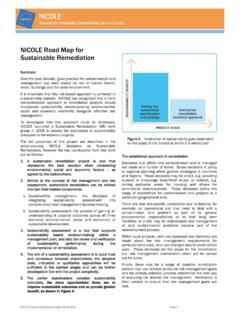 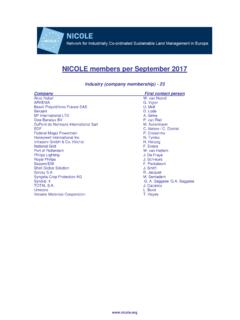 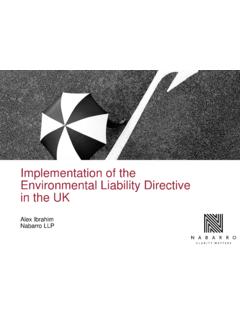 Implementation of the Environmental Liability …

Implementation of the Environmental Liability Directive (Directive 2004/35/EC) (“ELD”) in the UK: Overview • Discussion of the general principles of the ELD 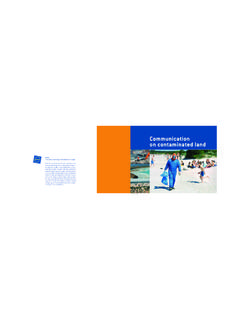 Communication on contaminated land NICOLE A Network for Industrially Contaminated Land in Europe NICOLE is a network for the stimulation, dissemination and 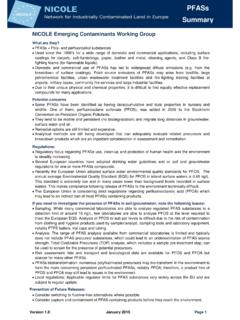 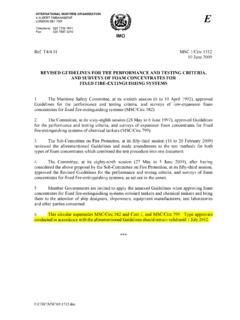 REVISED GUIDELINES FOR THE PERFORMANCE … 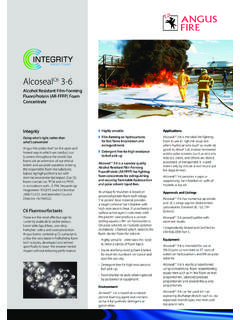 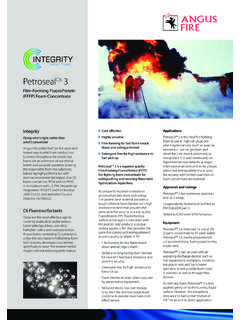 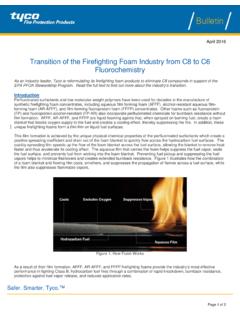 Transition of the Firefighting Foam Industry from C8 …

REVISED GUIDELINES FOR THE PERFORMANCE, Fluoroprotein