ENZYME KINETICS: • The rate of the reaction catalyzed by enzyme E A + B ↔ P is defined as -Δ[A] or -Δ[B] or Δ[P] Δt Δt Δt • A and B changes are negative because the substrates are disappearing • P change is positive because product is being formed. • Enzyme activity can be assayed in many ways

2 Velocity related to [S] The Velocity (V) of an Enzyme -catalyzed reaction is dependent upon the substrate concentration [S] A plot of V vs [S] is often hyperbolic Michaelis-Menten plot Graph is not a graph of product formation over time!!! Enzyme Kinetics: Velocity CHM333 LECTURES 15: 2/20/13 SPRING 2013 Professor Christine Hrycyna 105 An example of how to do a kinetics experiment: A. Take 9 tubes, add identical amount of Enzyme (E) to each tube B. Each tube contains an increasing amount of substrate (S) starting with zero C. Measure the Velocity by determining the rate of product formation D.

3 Plot these values Velocity against substrate concentration E. Generate the curve shown: i. Often the shape is hyperbolic a characteristic of many enzymes shape suggests that the Enzyme physically combines with the substrate ES complex ii. Called a SATURATION PLOT or MICHAELIS-MENTEN PLOT after the two biochemists that first described and explained the curve shape. Let s look at the various features of the plot: A. As [S] is first increased, the initial rate or Velocity (V0) increases with increasing substrate concentration i. V is proportional to [S] B. As [S] increases, V increases less and less i. V is NOT proportional to [S] in this range C.

4 Finally, V doesn t increase anymore and Velocity reaches its maximum (Vmax) i. Enzyme is working as fast as it can D. Velocity won t change no matter how much substrate is present. At this point, the Enzyme is saturated with substrate, S. CHM333 LECTURES 15: 2/20/13 SPRING 2013 Professor Christine Hrycyna 106 Two analogies: 1. Toll Plaza (with 5 booths) - Rate at which cars can get through the booths is not affected by the number of waiting cars, only by the available number of toll attendants. 2. Paper Airplane Example QUANTITATIVE EXPRESSION OF Enzyme BEHAVIOR: The Michaelis-Menten equation describes the kinetic behavior of many enzymes This equation is based upon the following reaction: S P k1 k2 E + S ES E + P k-1 k1, k-1 and k3 are rate constants for each step To derive the equation, they made 2 assumptions: 1.

5 The reverse reaction (P S) is not considered because the equation describes initial rates when [P] is near zero 2. The ES complex is a STEADY STATE INTERMEDIATE the concentration of ES remains relatively constant because it is produced and broken down at the same rate V = Vmax [S] Michaelis-Menten Equation KM + [S] (equation for a hyperbola) V is the reaction rate ( Velocity ) at a substrate concentration [S] Vmax is the maximum rate that can be observed in the reaction substrate is present in excess Enzyme can be saturated (zero order reaction) CHM333 LECTURES 15: 2/20/13 SPRING 2013 Professor Christine Hrycyna 107 KM is the Michaelis constant a constant that is related to the affinity of the Enzyme for the substrate units are in terms of concentration It is a combination of rate constants KM = k2 + k-1 k1 Since KM has the same units as substrate concentration, this implies a relationship between KM and [S] What happens when KM = [S] V = Vmax [S] = V = Vmax [S] = Vmax [S] + [S] 2[S]

6 2 KM is also the substrate concentration at which the Enzyme operates at one half of its maximum Velocity KM = [S] at Vmax - Understanding Km the Michaelis Constant KM is the Michaelis constant KM is constant for any given Enzyme /substrate pair " Independent of substrate or Enzyme concentration units are in terms of concentration Km is a constant derived from rate constants. KM = k-1 + k2 k1 Km is a measure of ES binding; relative measure of the affinity of a substrate for an Enzyme (how well it binds) In the simplest assumption, the rate of ES breakdown to product (k2) is the rate-determining step of the reaction " Small Km means tight binding; large Km means weak binding.

7 CHM333 LECTURES 15: 2/20/13 SPRING 2013 Professor Christine Hrycyna 108 - Indicates how efficiently an Enzyme selects its substrate and converts to product. - So, if an Enzyme has a SMALL KM they it achieves maximal catalytic efficiency (Vmax ) at a low substrate concentration! - KM is unique for each Enzyme /substrate pair - For certain enzymes under certain conditions, KM can also be a measure of affinity between E and S approximates the dissociation constant of the ES complex If KM is LOW (small number) = Substrate is held tightly (HIGH affinity) 1. Reaches Vmax at a lower [S] 2.

9 - Best value to represent the Enzyme s overall ability to convert substrate to product - Upper limit is diffusion controlled 108 109 M-1s-1 - maximum rate at which two freely diffusion molecules can collide with each other in aqueous solution (E and S) CHM333 LECTURES 15: 2/20/13 SPRING 2013 Professor Christine Hrycyna 110 LINEAR TRANSFORMATION OF THE MICHAELIS MENTEN EQUATION: The Michaelis-Menten curve can be used to ESTIMATE Vmax and KM although not exacting and we don t use it. Determine the values by a different version of the equation. In 1934, Lineweaver and Burk devised a way to transform the hyperbolic plot into a linear plot.

10 - Actual values for KM and Vmax can then be easily determined from the graph. - How can we do this: We take the reciprocal of both sides of the Michaelis-Menten Equation: Michaelis-Menten Equation Lineweaver-Burk Equation Same form as y = mx + b: equation for a straight line y = m x + b CHM333 LECTURES 15: 2/20/13 SPRING 2013 Professor Christine Hrycyna 111 - Experimentally: Obtain data varying substrate concentration in different tubes and measure V at each concentration. CHM333 LECTURES 15: 2/20/13 SPRING 2013 Professor Christine Hrycyna 112 Take reciprocal of S and V Plot the data - Use computer program ( Excel) to generate the equation of the line Solve for KM and Vmax For example: - Data from an experiment at 8 different concentrations of substrate. 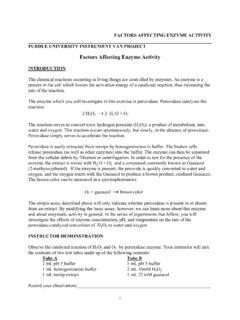 FACTORS AFFECTING ENZYME ACTIVITY PURDUE UNIVERSITY INSTRUMENT VAN PROJECT QUESTIONS 1. In what way is the rate of the reaction dependent on the concentration of the enzyme? 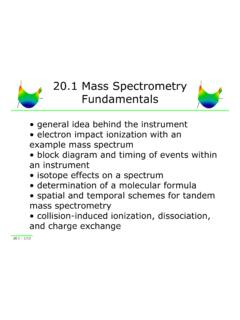 20.1 Mass Spectrometry Fundamentals ... The mass spectrum can be used to determine molecular structure, to quantify single compounds or mixtures of 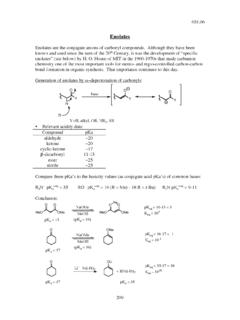 651.06 209 Enolates Enolates are the conjugate anions of carbonyl compounds. Although they have been known and used since the turn of the 20th Century, it was the development of “specific 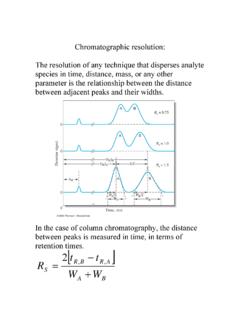 how to determine HETP from a peak - Purdue University

Determine, How to determine 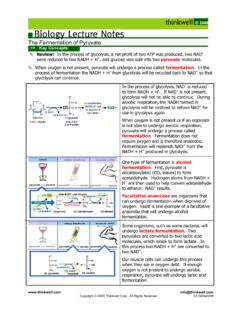 The Fermentation of Pyruvate - Purdue University 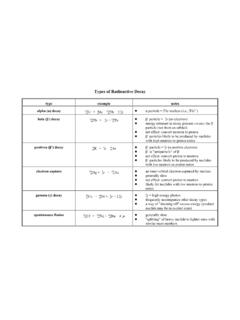 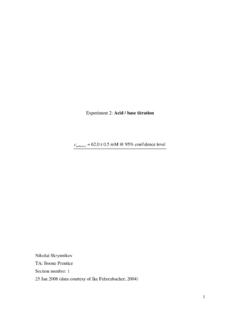 Base, Titrations, Base titration 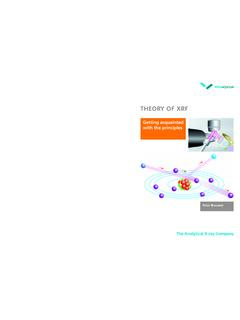 XRF, and Chapter 4 describes how this physics is applied to spectrometers and their components. Chapter 5 explains how an XRF analysis is done. It describes the process of sample taking, measuring the sample and calculating the composition from the measurement results. 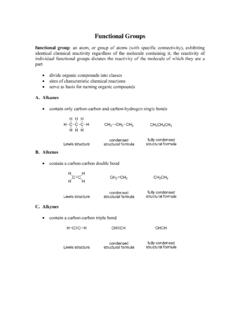 I. Carboxylic Acids • contain a “carboxylic acid” group – a carbonyl (C=O) group bonded to a hydroxyl group at the carbonyl carbon atom • note that in condensed structural formulas, the carboxylic acid group may be written as –COOH

• The pH optimum for enzyme activity is generally close to the pH of the environment/cell location natural for the enzyme • Pepsin (a) is a stomach enzyme that hydrolyzes peptide bonds allowing the digestion of proteins (e.g. in meat and fish). It has a very acidic optimum of pH 1.6, similar to the stomach environment. 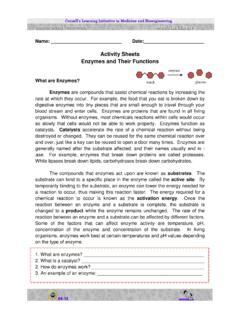 Enzymes and Their Functions - Activity Sheets 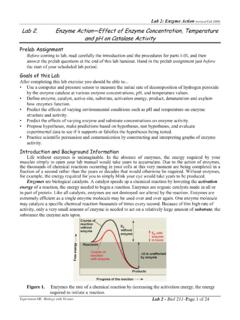 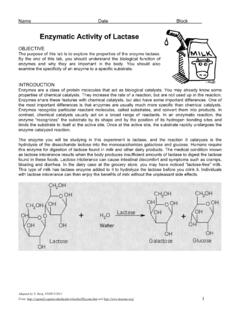 Enzymatic Activity of Lactase OBJECTIVE The purpose of this lab is to explore the properties of the enzyme lactase. By the end of this lab, you should understand the biological function of enzymes and why they are important in the body. You should also examine the specificity of an enzyme to a specific substrate. INTRODUCTION 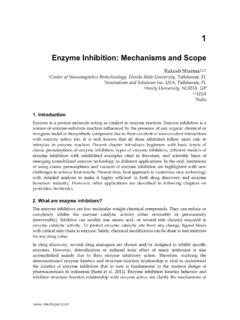 FLU:β-glucosidase activity unit is defined as the One quantity of enzyme that will liberate p-nitrophenol at the rate of 1nmol per minute under the conditions of the assay (pH 7.5 and 30°C). The assay is based on an 8 minute hydrolysis of p-nitrophenyl-β-D-glucopyranoside, in which the liberated p-nitrophenol is measured spectrophotometrically.