3 3 Communal Land Administration While the commercial or freehold land is surveyed and registered in the Deed Registry in Windhoek, the communal land is not surveyed and is …

2 There has been a constant need to find creative ways in which the lives of the rural poor living in the Communal areas can be improved. One such way was to introduce land Registration in the Communal areas for the purpose of tenure security for the people holding land rights in those areas. The Registration of such rights is made possible by the Act of Parliament known as the Communal land Reform Act, Act No. 5 of 2002. land Registration is the process of making and keeping records about who has what rights to which individual parcels of land . In order to protect these land rights, accurate and clear records are mapped and stored in a land Registry for easy retrieval. The records stored in the land registry can be used in land dispute resolution when necessary. The Registration of Communal land right is important to provide tenure security and consequently increases investment in land .

3 land tenure system in Namibia land in Namibia is divided into 44% freehold, (commercial) 36 % Communal and 20 % state land . These tenure categories evolved mainly from the privatization of Communal land into freehold during colonial time and from the proclamation of state land as parks for conservation and mining exploration. As it can be seen in the distribution of tenure categories, land 1. distribution is very much unequal, and it has been the effort of the government to bring equity in land ownership, through land redistribution and tenure reform. land Tenure Map of Namibia Figure 1: Map of State, Communal and Commercial Areas in Namibia. Source: MLR, M. Meijs (2008). The redistribution of freehold is address by the Agricultural land Reform Act, Act No 6 of 1995, aimed at redistribution of freehold agricultural land , whereby the government buys freehold farms and resettle landless Namibians in those farms under state leasehold tenure.

7 The Minister approves applications for land allocation exceeding the maximum prescribed sizes ( land over 20 hectares for Customary land Rights and over 50 hectares for Leasehold Rights). The Minister is tasked with the approval of Leasehold Rights for land situated outside designated areas and leases longer than 10 years, as stipulated under the CLRA Section 30 (3). The Minister also has the power to appoint an arbitrator according to Section 30 (6) of the Act. The Relationship between the CLB and other line Ministries The main duty of the line Ministries is to render technical advice to the Board in the area of their specialty. Some line Ministries, as members of the Board represent the interests of their Ministries in line with regional development plans, land -use plans, forestry management plans, and conservancy management plans advices on the possible impacts (positive/negative) of a particular land allocation.

8 The following line Ministries has a representative in each land Board: a) Ministry of Agriculture, Water and Forestry (MAWF). The role of this Ministry is to give technical advice on different agricultural land uses, various farming technologies, the management of forests and water. The MAWF representative in consultation with the different directorates within the Ministry; advices the Board on issues that could compromise the productivity of land such as carrying capacity, water management, soil erosion and deforestation. The Ministry of Environment and Tourism (MET). The role of the MET representative on the CLB is to represent the interests and functions of the MET and provide technical advice on such issues as the environment, wildlife, tourism, Protected Areas, and Conservancies. Perhaps the most important component of this role is 4. to ensure that the CLBs conform to the legal requirements of the Environmental Management Act in its processing of and decision-making on applications for land rights.

9 To this end the MET has developed an Environmental Checklist to be used by the CLBs in their decision-making process. Using this Environmental Checklist will ensure that: (a). Environmental Clearance Certificates are obtained when required before the CLBs make their decisions; and, (b) that their decisions will be environmentally sound. b) The Ministry of Regional, Local Government, Housing and Rural Development The role of this Ministry is to offer advice on where development in the public interests can be effected schools and hospitals etc. It also safeguards town (urban) land that does not fall under the jurisdiction of the Ministry of Lands and Resettlement Relationship between the CLB and TA. Part 1 Section 20 of the CLRA gives the primary power to allocate or cancel any customary land right in respect of any portion of land in the Communal area of a traditional community to the Chief of that traditional community; or where the Chief so determines, in the Traditional Authority of that traditional community.

10 Such an allocation has no legal effect unless it is ratified by the relevant land Board in accordance with the provisions of Section 24. Legal assistance in land disputes land allocation could lead to disputes and conflicts. Common amongst them are: (a) Boundary disputes between one or more parties These normally occur when one or more party in the process of developing their land either by design or mistake encroaches onto their neighbor's plot. (b) Self extensions These occur whenever someone self extends his/her plot beyond the legally allocated dimensions. This results in blocking public roads, water points or encroachment into other people's properties. (c) Double Allocation These occur when the land Board mistakenly allocates one piece of land to two parties. This is normally the case when one's portion of land does not clearly show its boundary or due to none existence of proper records. 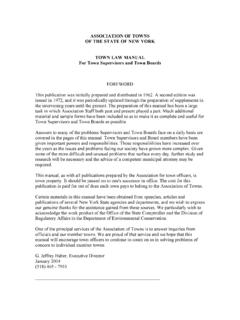 ASSOCIATION OF TOWNS OF THE STATE OF NEW …

ASSOCIATION OF TOWNS OF THE STATE OF NEW YORK TOWN LAW MANUAL For Town Supervisors and Town Boards FOREWORD This publication was initially prepared and distributed in 1962. 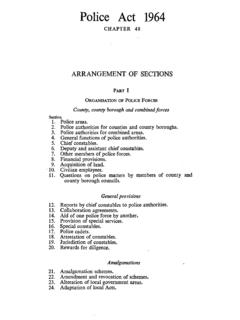 Police Act 1964 CH.48 3 3-0) The police authority for a combined area shall be the PART I combined police authority constituted for the purpose in police accordance with the provisions of the relevant amalgamation authorities for scheme ; and every such authority shall, subject to subsection combined (4) of this section, be a body corporate by such …

2 VIRGINIA GOVERNMENT IN BRIEF INTRODUCTION The following publication provides a short and concise description of Virginia’s state and local governments. Specifically, this publication is designed 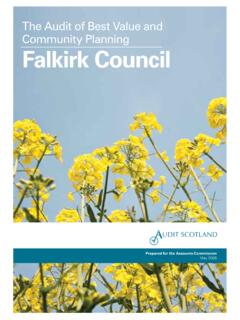 Falkirk Council: the Audit of Best Value and …

Commission findings 1. The Commission accepts this report on the performance of Falkirk Council’s statutory duty to secure Best Value and to initiate and facilitate 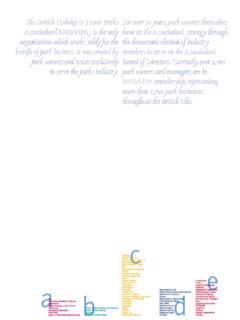 The British Holiday & Home Parks Association (BH&HPA) is the only organisation which works solely for the benefit of park business.It was created by 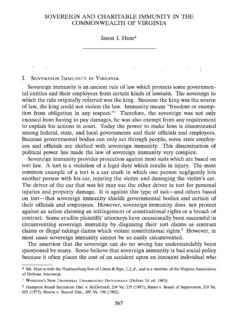 SOVEREIGN AND CHARITABLE IMMUNITY IN THE …

SOVEREIGN AND CHARITABLE IMMUNITY IN THE COMMONWEALTH OF VIRGINIA Jason J. Ham* I. SOVEREIGN IMMUNITY IN VIRGINIA Sovereign immunity is an ancient rule of law which protects some governmen­