Ethiopia`s Multicultural Education: A Negation to …

Ethiopia`s Multicultural education : A Negation to the Past and Champion of the New Beginning in Nation building Mahari Yohans 1. Introduction In world history it is uncommon to find a modern state formed peacefully, except in most cases of colonial fabricated state experiences. Regardless of varied theoretical foundation of state formation, today`s modern states (both those formed from within and externally imposed) have passed contentious nation building process. Validly speaking, thus, failure and success stories of national unity, peace, democracy, and economic development of many states trace back to their path of nation building process. At the core process of nation building , education has irreplaceable role in shaping citizens mind and equipping them with knowledge and skills to their contribution for political, economic, and social affairs of their respective states.

1 | Page Ethiopia`s Multicultural Education: A Negation to the Past and Champion of the New Beginning in Nation Building Mahari Yohans mareco_aau@yahoo.com

1 Ethiopia`s Multicultural education : A Negation to the Past and Champion of the New Beginning in Nation building Mahari Yohans 1. Introduction In world history it is uncommon to find a modern state formed peacefully, except in most cases of colonial fabricated state experiences. Regardless of varied theoretical foundation of state formation, today`s modern states (both those formed from within and externally imposed) have passed contentious nation building process. Validly speaking, thus, failure and success stories of national unity, peace, democracy, and economic development of many states trace back to their path of nation building process. At the core process of nation building , education has irreplaceable role in shaping citizens mind and equipping them with knowledge and skills to their contribution for political, economic, and social affairs of their respective states.

3 To the end concluding remarks will be presented. 2. The Role of education in Nation- building : Conventional Experiences Modern states whether emerged from war and conquest through imposition of rule of the powerful over the weak and subjugated societies surrounding the main stream of state formation process or appeared as independent states with varied groups of societies as a legacy of arbitrary political unit consequent to de-colonization process, they have 1|Page Multicultural societies. States, once established as distinct sovereign territory where their ruling wing can fully exercise authority over the ruled, the next step will be nation building process to win consensus of citizens and to assure legitimacy of their governance. However, this process of nation building took different form in different states which determined their destiny in fact.

4 While many states have pursued their nation building process based on the assimilation approach oriented to create peculiar society with unique identity by imposing majority`s identities over minority identities on the rationale of national unity, many other follow Multicultural state building approach which accommodate divers identities for the same purpose (Yonatan, 2008:43). In both cases educated has role to play to win the heart and mind of citizens and then to accept rule of the state and to give their allegiance for the rule and to remain as politico-legal members of the state. Either approach they followed, modern states have applied education mainly citizen education , as modem to diffuse and orient their aspired state identity. Needless to say the centrality of education is not only to equip citizens with knowledge and skill instrumentals but also to verse with the political ideas of the state.

5 It is through citizens' education that states communicate their identity and heritages, their distinct values and interests, and their vision of future destiny as a political unit. More specifically, modern states organize citizen education based on the nation building approach they follow as means of safeguarding national unity and as instrument for national objective attainments. For instance, in the United States in the immediate post-civil war years, political science emerged as fields of study to solve emergent political and social problems of the state (Owen, 2004). Owen adds, in the United States Political Science was at the forefront in inculcating citizens with timely evolving problems to ensure America`s unity and democracy until Civics education was separately emerged in 1980s to teach citizens with ideas of political participation and political knowledge following the decline of American youth`s civic engagements in national affairs.

6 In the same manner, in Post-Apartheid South Africa Civic education is designed to be democratic, non-racial, and non-sexist, absolutely radical changes from previous education of citizenship to maintain the unity and prosperity of the state (Mathebula, 2009). More importantly, Merriam (1931) quoted in Owen (2004:5-6) assessing the development, control, and implications of civic education in Cross-cultural eight nations Austria-Hungary, 2|Page England, France, Germany, Italy, Russia, Switzerland, and the United State, found that civic education teach including: patriotism and loyalty, obedience to the law, respect for government and public officials, individuals' recognition of their political obligations, a minimum degree of self-control, responsiveness to community needs in stressful times, knowledge of and agreement with the legitimating national ideology, and a recognition of the special qualities of people within one's country compared to those of other nations.

7 Bandyopadhyay and Green (2008) have also noted, education as core player of nation building process has been also applied in newly independent African state mainly in Kenya, Nigeria, Mozambique, and Zambia. Harber(1989:40) as quoted in Bandyopadhyay and Green (2008:10) Kenyan 1975 curriculum states education in Kenya must foster a sense of nationhood and promote national unity.'. Overall, regardless of the approach of nation building followed by states, in most cases education has played irreplaceable role to promote national unity and varied national objectives. However, impacts of education in nation building process largely depend on the political decisions of regimes in power of each state. Thus, while many states able to pass through successful citizen education which contributed much to their stability, national unity, and culture of democracy, in failed nation building attempts civic education remained unfruitful in diffusing values and identities of the state over majority of the citizens of the state.

8 3. Modern education and the creation of the modern Ethiopian State: Educational Policy par to Assimilation Policy of the imperial state and Derg`s Garrison of Socialism . Living aside the debates about the age of its existence as organized political unit, Ethiopia with its current geographic and demographic components appeared at the end of the 19th century and the beginning of 20th century. It was during Menelik II that Ethiopia formed as a modern state. Prior to Menelik state formation process was already started by his predecessors Tewedros II and Yohannes IV. Both of Menelik`s predecessors have done much in unifying the Orthodox Christian dominated old kingdom which was devolved during the era of princes. However, Menelik using the extra resources obtained from his conquest of previous independent south eastern, south, and south western new territories and his friendship with Italy the then enemy of Ethiopian state- able to establish modern state by ceding Eritrea to the western power (Merara, 2003: Solomon, 2006).

9 Thus, as Clapham (2000) has noted modern Ethiopia state is the result of war and conquest by which the central 3|Page government has successfully consolidated authority over previous independent and/or quasi- independent principalities through formidable state machineries. Much worthy point here, Ethiopia has passed the state formation process which modern stable and unified European states have established their existing political, economic, and social infrastructures. At the same time this path of state formation is uncommon in most African countries (Clapham, 2000). Yet, Ethiopia shares much in common with African states than with modern, stable, and unified European states which pass the same trend of state formation experience. Many can question why such discontinuities encountered Ethiopia`s state formation? And of course, many can forward different casus belli.

10 In fact numerous geopolitical, economic, socio-cultural, technological, factors can influence the success and failure of forging stable, democratic, and unified states as of European experiences. However, the fate of states` stability and democratic unity, whether formed by war and conquest or appeared as independent state following decolonization, depends on their crucial phase of nation building process. State/nation building is critical phase next to state formation where rational political decision making accounts to real circumstances held mandatory. Contemporary states` stability, democratic and tolerant political culture, diversity accommodative political unity, and equitable development rest at the nature of nation building approach they pursued. Remarkably, Clapham (2000:3), in his observation on one form of state formation process - the coercive one of European experience - and the transition to peaceful nation building , laments that: In the process, war has consolidated the control of central governments over quasi- independent vassals, and has imposed the need for an effective process of encadrement, through which the resources of the society could be mobilised and organised for purposes of protection. A LESSON FROM KOREAN ECONOMIC SUCCESS

1 A LESSON FROM KOREAN ECONOMIC SUCCESS Fanowedy Samara , Seoul-South Korea Comment on fanowedy@gmail.com The Republic of Korea, commonly known as South Korea, is one of the most successful newly emerging

Ethiopia: Meles Zenawi’s Version of ‘Self-interest’ and Capitalist Development Habtamu Alebachew 1. Introductions Despite at its visible incipient stage of growth, capitalism in its Ethiopia’s contexts has The Case of the Ethiopian Renaissance (Nile) Dam

May 29, 2011 · 3 International Legal Perspectives on the Utilization of Trans-Boundary Rivers The Case of the Ethiopian Renaissance (Nile) Dam “The Developmental State and Federalism in …

1 “The Developmental State and Federalism in Ethiopia’’: Critique of Professor Clapham Habtamu Alebachew (Lecturer) Recently, I shared my brief outline of a monograph with colleagues and friends across domestic and foreign universities.

States, Developmental, Federalism, The developmental state and federalism in 1 The Elephant in the Room: Population and Economic Growth Discourse in Ethiopia Tsegaye Tegenu October 27, 2011 The world’s 7 billionth baby will be born on 31 October 2011. 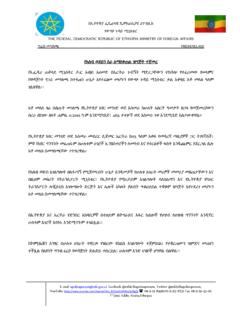 THE FEDERAL DEMOCRATIC REPUBLIC OF ETHIOPIA … Feb 12, 2010 · Millennium Development Goals: Progress and Challenges By Tilahun Kassaye Too late, the news coming out of the western media and some prominent international 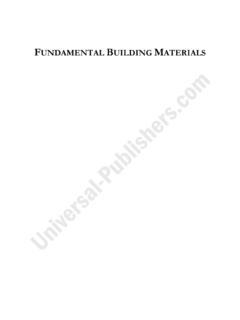 PREFACE TO 2009 EDITION The history of Architecture and Building goes back thousands of years, and the major changes termed “styles” have been closely associated with the materials available and the technologies WALK 1 Marsh Green – Clatfields – Marsh Green 1 – 2 HOURS • Two or four miles (3.2 or 6.4 km) Easy terrain with low hills This project is supported under the England Rural Development Programme by the element represents the precursor to “evidence based design,” a contemporary movement and infl uence in hospital building today (Wagenaar, 2006).