Examining the Practice of Exclusive Breastfeeding …

6 O. Box 424, Asante Mampong, Ashanti Region, Ghana. Email: American Research Institute for Policy Development 12 International Journal of nursing Vol. 1, No. 1; June 2014. In resource inadequate settings where deprived and sub-optimal Breastfeeding practices regularly result to child undernourishment which is a key cause of more than half of all child deaths (Sokol et al. 2007), Exclusive Breastfeeding is regarded as crucial for infants' continued existence. Undeniably, of the million under five children who were reported dead globally in 2011, an estimated 1 million lives could have been saved by undemanding and accessible practices such as Exclusive Breastfeeding (WHO, 2012).

7 Subsequently, the WHO and UNICEF (1990) have recommended Exclusive Breastfeeding for six months, followed by beginning of complementary foods and sustained Breastfeeding for 24 months or more. The Practice of not giving breast milk has been connected with unexpected infant death syndrome and other neonatal morbidity and mortality. Breastfeeding can save premature infants from life intimidating gastro-intestinal diseases such as necrotizing enterocolitis. It lessens the occurrence of otitis media, severe bacterial infections such as meningitis, bacteremia, lower respiratory infections and botulism (Feldman, 1999).

8 In developing countries, there is a tendency to extend Breastfeeding for longer periods in time. In Ghana, women breastfeed for a median duration of 22 months with of women Breastfeeding their young babies. Regrettably, the rates of Exclusive Breastfeeding are less than overall breast feeding rates due to the Practice of giving complementary feedings. The addition of additional foods and liquids causes higher rates of diarrheal illness and higher mortality rates (Aidam, Perez-Escamilla & Lartey, 2005). Infants and children in developing countries are inexplicably affected by life threatening diseases, poor health care, and lack of potable water, malnutrition, poverty, and war.

9 In an endeavour to give these children a chance at survival, it is imperative that Breastfeeding be promoted and supported by government organizations and the medical establishment. Statement of Problem The benefits of Exclusive Breastfeeding for both mother and child are universally acknowledged by health providers, global health agencies, and lay people. In Ghana, an estimated 84% of children younger than 2 months are being exclusively breastfed. By age 4 to 5 months, nevertheless, only 49%. continue to receive Exclusive Breastfeeding (Ghana Statistical Service & ICF Macro, 2009 p.) 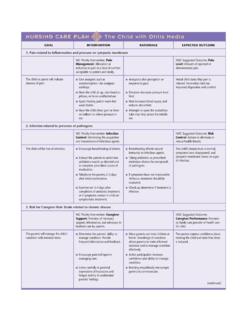 708 CHAPTER 19 and disillusioned because of the inability of the health care system to cure the child and may fear a permanent hearing impairment.Reassure parents that as the child grows older,the re- 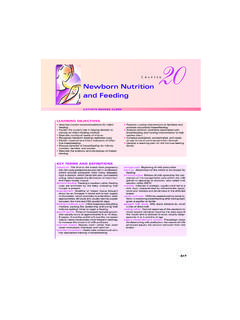 Breastfeeding is a natural extension of pregnancy and child-birth; it is much more than simply a means of supplying nu-trition for infants. Women most often breastfeed their ba-