,ofan appeal to the federal courts, including a proceeding proposed or initiated by CBP or USCIS. Ifan ICE attorney decides to exercise prosecutorial discretion to …

3 Background One of ICE's central responsibilities is to enforce th~ nation's civil immigration laws in coordination with Customs and Border Protection (CBP) and Citizenship and . Immigration Services (USCIS). ICE, however, has limited resources to remove those illegally in the United States. ICE must prioritize the use ofits enforcement personnel, detention space, and removal assets to ensure that the aliens it removes represent, as much as reasonably possible, the agency's enforcement priorities, namely the promotion ofnational security, border security, public safety, and the integrity ofthe immigration system. These priorities are outlined in the ICE Civil Immigration Enforcement Priorities memorandum of March 2,2011, which this memonmdum is intended to support. Because the agency is confronted with more administrative violations than its resources can address, the agency must regularly exercise " Prosecutorial Discretion " ifit is to prioritize its efforts.

4 In basic terms, Prosecutorial Discretion is the authority of an agency charged with enforcing a law to decide to what degree to enforce the law against a particular individual. ICE, like anyother law enforcement agency, has Prosecutorial Discretion and may exercise"it in the ordinary course of ICE favorably exercises Prosecutorial Discretion , it essentially decides not to assert the full scope ofthe enforcement authority available to the agency in a given case. In the civil immigration enforcement context, the term " Prosecutorial Discretion " applies to a broad range ofdiscretionary enforcement decisions, including but not limited to the following: deciding to issue or cancel a notice ofdetainer; deciding to issue, reissue, serve, file, or cancel a Notice to Appear (NTA); focusing enforcement resources on particular administrative violations or conduct; deciding whom to stop, question, or arrest for an administrative violation; deciding whom to detain or to release on bond, supervision, personal recognizance, or other condition; seeking expedited removal orother forms ofremoval by means other thana formal removal proceeding in immigration court; I The.

5 Meissner memorandum' s standard for Prosecutorial Discretion in a given case turned principally on whether a substarItial federal interest was present. Under this memorandum, the starIdard is principally one ofpursuing those Cases that meet the agency's priorities for federal immigration enforcement generally. 2 2E& & - Exercising Prosecutorial Discretion Consistent with the Priorities ofthe Agency for the Apprehension, Detention, and Removal ofAliens settling or dismissing a proceeding; granting deferred action, granting parole, or staying a final order ofremoval; agreeing to voluntary departure, the withdrawal of an application for admission, or other action in lieu of obtaining a formal order ofremoval; pursuing an appeal; executing a removal order; and responding to or joining in a motion to reopen removal proceedings and to consider joining in a motion to grant relief or a benefit.

7 ICE attorneys may exercise Prosecutorial Discretion in any immigration removal proceeding before EOIR, on referral ofthe case from EOIR to the Attorney General, or during the pendency ,ofan appeal to the federal courts, including a proceeding proposed or initiated by CBP or USCIS. Ifan ICE attorney decides to exercise Prosecutorial Discretion to dismiss, suspend, or close a particular case or matter, the attorney should notify the relevant ERO, HSI, CBP, or USCIS charging official about the decision. In the event there is a dispute between the charging official and the ICE attorney regarding the attorney's decision to exercise Prosecutorial Discretion , the ICE Chief Counsel should attempt to resolve the dispute with the local supervisors ofthe charging officiaL Iflocal resolution is not possible, the matter should be elevated to the Deputy Director of ICE for resolution .. 2 Delegation ofAuthority to the Assistant Secretary, Immigration and Customs Enforcement, Delegation No.

10 And . whether the person is currently cooperating or has cooperated with federal, state or local law enforcement authorities, such as ICE, the Attorneys or Department ofJustice, the Department ofLabor, or National Labor Relations Board, among others. This list is not exhaustive and no one factor ICE officers, agents, and attorneys should always consider Prosecutorial Discretion on a case-by-case basis. The decisions should be based on the totality ofthe circumstances, with the goal of conforming to ICE's enforcement priorities. 4 Exercising Prosecutorial Discretion Consistent with the Priorities oftheAgencyfor the Apprehension, Detention, and Removal ofAliens That said, there are certain classes ofindividuals that wat,Tant particular care. As was stated in the Meissner memorandum on Exercising Prosecutorial Discretion , there are factors that can help ICE officers, agents, and attorneys identify these cases so thatthey can be reviewed as early as possible in the process. 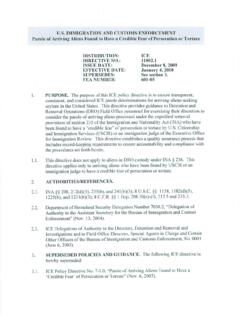 Parole of Arriving Aliens Found to Have a Credible …

U.S. IMMIGRATION AND CUSTOMS ENFORCEMENT Parole of Arriving Aliens Found to Have a Credible Fear of Persecution or Torture 1.1. 2.1. 2.2. 2.3. 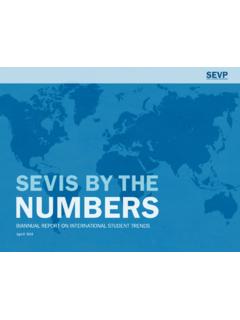 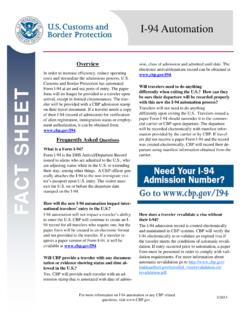 I-94 Automation . FACT SHEET . Overview . sion, class of admission and admitted until date. The electronic arrival/departure record can be obtained at 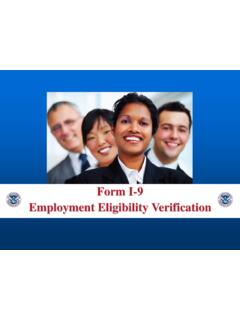 If you discover you are missing the Form I-9 for an employee: • Immediately provide the employee with a Form I-9. • Allow employee 3 business days to provide acceptable documents. 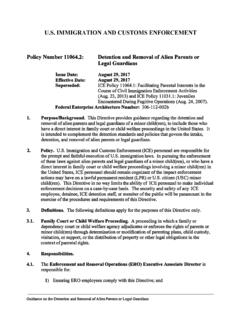 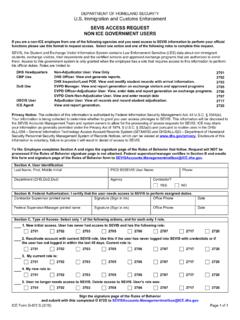 Form G-872S Student and Exchange Visitor Information System ... SEVIS User Roles and Responsibilities DHS Headquarters User 2701. This role allows the employee with access to SEVIS to view all submitted student, EV and dependent records. In addition, the user can view all submitted school and program information and generate reports. 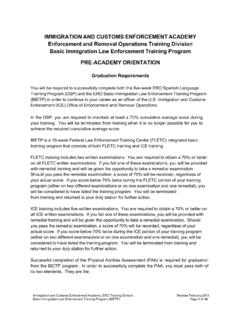 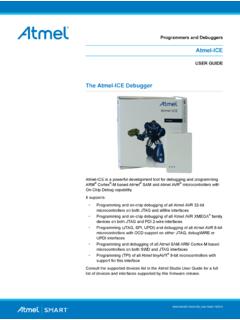 Important Safeguards 4 The Original Old-Fashioned Ice Cream Maker 13. Do not use appliance for other than its intended use. 14. Do not leave cord within child’s reach. 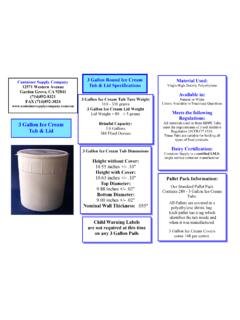