2 Uncompetitive levels leading to cargo cancellations. With domestic Demand for propane from petrochemical plants expected to increase in the next two years, the strain on export supplies will continue to affect terminal operators. This note reviews developments in the domestic and international Data Sources for this Publication propane markets. gCME Group Energy Information Administration Shale Bounty To discover more about the data sources propane is one of five natural gas liquids along with ethane, normal butane, isobutane, and natural used, Click Here gasoline. propane is produced either by fractionation of gas liquids suspended in natural gas at the wellhead, that are extracted by gas processing plants, or as a fraction of crude oil extracted by refinery distillation.

3 In the past five years, expanded production of natural gas and crude during the shale boom resulted in surging output of natural gas liquids, or NGLs, at gas processing plants. Monthly Energy Information Administration data show production of propane at gas plants more than doubling from 564. thousand barrels per day, or mb/d, in January 2010 to peak at 1,190 mb/d in October 2015. Since then, production has leveled off the latest value is 1,176 mb/d in November 2016. Over the same period, the volume of propane produced by refineries according to EIA, has remained level at about 300 mb/d (Exhibit 1). Demand Domestic Demand for propane is primarily for residential and industrial heating and cooking, with consumption peaking during winter.

4 propane is also used in agriculture for crop drying, as an alternative engine fuel, and as a feedstock for petrochemical steam cracking. Domestic Demand remained relatively static as supply expanded in recent years, leaving the export market as the primary destination for the surplus. Since 2010, EIA data shows Exports of propane (and smaller quantities of its petrochemical derivative propylene tallied together) jumped fivefold from an average 109 mb/d in 2010 to 616 mb/d in 2015 and (by combining monthly and weekly data) to an average 787 mb/d in 2016. The run-up in propane Exports has accelerated in the past year, peaking during the third week of December 2016 at over mmb/d and averaging over 1 mmb/d during January 2017.

6 propane is typically exported as liquefied petroleum gas, or LPG a mixture made up mostly of propane with a smaller quantity of butane (about 5%). LPG Exports are largely waterborne and typically transported in specialized vessels that use refrigeration to maintain cargoes in a liquid state, which allows a greater volume to be carried. The biggest very large gas carriers, or VLGCs, hold from 60,000- 85,000 cubic meters (equivalent to 375,000-530,000 barrels). The June 2016 expansion of the Panama Canal now accommodates VLGCs, cutting the journey time from the Gulf Coast to Japan almost by half and reducing the cost of Exports to Asia. Terminal Build Out The build-out of LPG export terminals began in 2013, with Enterprise Products Partners bringing its initial 115 mb/d Channelview terminal on line, close to Mont Belvieu, Texas, the major NGL.

7 Fractionation, storage, and trading hub. We estimate that capacity at major LPG export terminals now exceeds mmb/d. Exhibit 2 lists these facilities and their capacity. Most are on the Gulf Coast, with one terminal at Marcus Hook outside Philadelphia, Pennsylvania, that is fed with NGLs from the Marcellus and a small legacy terminal at Ferndale in Washington state that Exports Canadian LPG. Not included in our list is the Buckeye/Trafigura Texas Processing Hub in Corpus Christi that has capacity to store over 1 million barrels of refrigerated LPG and marine dock capacity to ship 350 mb/d of refined product, but an unknown LPG export capacity. Volumes out of Corpus are still relatively minor, according Page 3 of 7 Exports Balance propane 13 February 2017.

9 During the second half of 2017, the Sunoco Logistics Marcus Hook terminal will expand to handle an additional 225 mb/d of LPGs to be shipped on the Mariner East 2. pipeline, currently under construction. Another terminal in Longview, Washington, owned by Waterside Energy, currently awaiting permitting, is designed to export up to 67 mb/d delivered by rail from Canada. The construction of these terminals was backed by long-term minimum volume commitments requiring payment of cancellation fees in the case shippers didn't use the facility. If export volumes are reduced for any reason, then shippers become liable to pay these fees, which could amount to millions of dollars.

10 This already happened during the summer of 2016 when an LPG glut in Asia caused cancellations by at least five trading companies out of the Enterprise and Targa terminals during July. Plunging Inventories Current domestic and international propane market conditions suggest a new bout of cancellations is likely as propane prices increased early in 2017 in response to higher Demand for Exports , closing the arbitrage for shipments to Asia. As we mentioned, export volumes have been on a tear lately, and combined with higher seasonal domestic Demand have caused a 46% fall in propane inventories during the past 10 weeks from 104 million barrels on Nov. 18, 2016 to 56 million barrels on Feb. 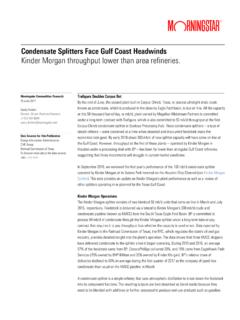 The Avocado in South Africa 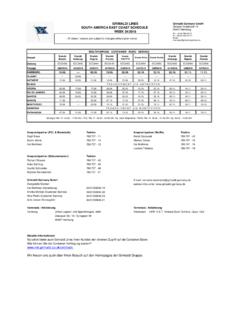 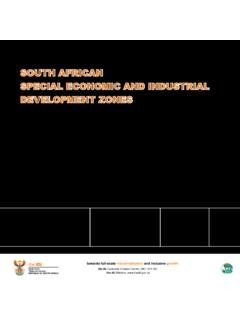 South African Special Economic and Industrial Development Zones an international sea port of Richards Bay, tailored for the manufacturing and storage of minerals and products to boost beneficiation, investment,

Facts Matter More Than Ever If the events of the last year teach us one thing, it that reliable, factual information is important and we ignore it