Extending the SPI bus for long-distance …

2 Because the devices. The data exchange is full-duplex and requires syn data sent from the master to the slave experiences the chronization to an interface clock signal. However, recent same delay as the master-initiated interface clock, both trends in the design of industrial data-acquisition systems will remain in sync across the entire data link. In the oppo- have not taken this synchronization requirement into site direction, however, the slave sends data to the master account, and distances between the microcontroller and only when the first clock edge reaches the slave.

3 Further . the corresponding analog-to-digital and digital-to-analog more, this data will experience a second delay on its way converters (ADCs and DACs) can reach 100 m or more. back to the master, so the slave data will be out of sync by The impact of the added propagation delay on the data- twice the cable's propagation delay. to-clock synchronicity is often ignored, and interface Of course, communicating across a 100-m cable won't designs that operate perfectly in the lab environment cease be possible without appropriate line drivers and receivers. operation when implemented on the factory floor.

4 There These components will further increase the propagation can be multiple reasons for the interface malfunction. This delay by about another 50 ns, for a total of 550 ns. The article tries to shed light on the major ones, including: slave data will therefore lag behind the first clock edge by Lack of synchronization due to large propagation delays a total of 1100 ns, or 11 bits when a data rate of 10 Mbps of the signal path is assumed. Reduced noise immunity due to long - distance , unbalanced signal paths Figure 1. Simplified schematic of an SPI. Damaged transceivers due to large ground-potential differences (GPDs).

5 Data transmission errors due to unterminated data lines SCK CLK. Transceiver latch-up and network downtime due to MOSI SIMO. large electrical transients ADC1. MCU MISO SOMI. Synchronicity SS1 CE. An SPI primarily uses three interface lines: SS2. An interface clock initiated by the master device to ensure synchronous data transfers CLK. A data line for data sent from the master to a slave SIMO. ADC2. A data line for data sent from a slave to the master SOMI. CE. A fourth wire that carries what is known as the slave- select signal is not required for controlling interface flow (a) MCU master controlling two slaves but is needed for addressing a specific slave out of a range of slave devices.

6 Figure 1a shows a simplified schematic of a microcontroller unit (MCU) operating as the master that SCK. controls two data converters representing the slaves. With byte lengths ranging from 8 to 12 bits and multiples thereof, and data rates ranging from 1 to 20 Mbps, the MOSI SIMO Tx1 Tx2 Tx3. standard SPI configuration allows for short propagation times and hence only short distances in order to maintain synchronicity between the interface clock and the data MISO SIMO Rx1 Rx2 Rx3. transmitted in both directions. Figure 1b shows the inter- face timing of the first three data bits when the SPI is (b) Timing of first three data bits configured to change data at the rising clock edge and to sample data at the falling clock edge.

8 Master the data-link propagation delay. After tra- t0 t 0 + tP. versing the data link, both the master clock MOSI tP SIMO1. (SCKM) and the master data (MOSI). remain in sync. Feeding back the master t 0 + 2tP t 0 + tP. clock signal synchronizes the clock with SCKS tP. the slave data so that both arrive equally SPl2 =. delayed at the master. The only require- Slave t 0 + 2tP t 0 + tP. ment is that the master provide two inde- SIMO2 tP SOMI. pendent SPI ports, one configured as a master (SPI1) and the other configured as a slave (SPI2). Most modern microcontrol.

9 Lers possess two or more SPI ports, so this requirement poses no problem. Because the conductors of twisted-pair cable are closely Nevertheless, implementing a long - distance , SPI- electrically coupled, external noise induced equally into compatible interface in the real world is not a trivial task. both conductors appears as common-mode noise at the long - distance data links are always subject to external receiver input. Although differential receivers are sensitive noise sources, ground-potential differences (GPDs), volt- to signal differences, they are immune to common-mode age and current surges due to inductive load switching, signals.

10 The receiver therefore rejects common-mode and often even reflections due to wrong or no termination. noise, and signal integrity is maintained. The flowing schematic in Figure 3 (see next page) tries to Another benefit of close electric coupling is that the cover all of these aspects by showcasing the various trans- currents in the two conductors create magnetic fields that ceiver and protection circuits that can counteract the cancel each other. The initial transversal electromagnetic derogating effects. (TEM) waves of the two conductors are therefore largely reduced to electric fields that cannot radiate into the envi- Increasing noise immunity ronment (see Figure 4). 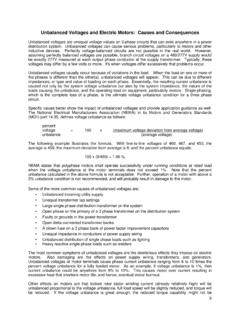 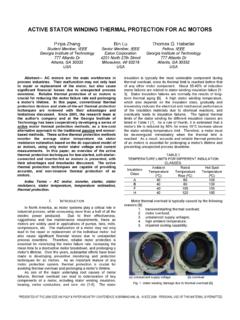