Final Communiqué of the Asian-African conference …

Final communiqu of the Asian-African conference of Bandung (24. April 1955). On 24 April 1955, the delegations of 29 countries from Africa and Asia, meeting at Caption: the Bandung (Indonesia) International conference , publish a Final communiqu . containing the principles adopted at the conference . The Ministry of Foreign Affairs, Republic of Indonesia (Ed.). Asia-Africa speak from Source: Bandung. Djakarta: 1955, pp. 161-169. All rights of reproduction, public communication, adaptation, distribution or Copyright: dissemination via Internet, internal network or any other means are strictly reserved in all countries. The documents available on this Web site are the exclusive property of their authors or right holders.

1 Final communiqu of the Asian-African conference of Bandung (24. April 1955). On 24 April 1955, the delegations of 29 countries from Africa and Asia, meeting at Caption: the Bandung (Indonesia) International conference , publish a Final communiqu . containing the principles adopted at the conference . The Ministry of Foreign Affairs, Republic of Indonesia (Ed.). Asia-Africa speak from Source: Bandung. Djakarta: 1955, pp. 161-169. All rights of reproduction, public communication, adaptation, distribution or Copyright: dissemination via Internet, internal network or any other means are strictly reserved in all countries. The documents available on this Web site are the exclusive property of their authors or right holders.

4 The proposals with regard to economic co- operation within the participating countries do not preclude either the desirability or the need for co-operation with countries outside the region, including the investment of foreign capital. It was further recognised that the assistance being received by certain participating countries from outside the region, through international or under bilateral arrangements, had made a valuable contribution to the implementation of their development programmes. 2. The participating countries agreed to provide technical assistance to one another, to the maximum extent practicable, in the form of: experts, trainees, pilot projects and equipment for demonstration purposes.

5 Exchange of know-how and establishment of national, and where possible, regional training and research Centre Virtuel de la Connaissance sur l'Europe (CVCE) 2 / 10. Final communiqu of the Asian-African conference of Bandung (24 April 1955). institutes for imparting technical knowledge and skills in co-operation with the existing international agencies. 3. The Asian-African conference recommended: the early establishment of the Special United Nations Fund for Economic Development; the allocation by the International Bank for Reconstruction and Development of a greater part of its resources to Asian-African countries; the early establishment of the International Finance Corporation which should include in its activities the undertaking of equity investment; and encouragement to the promotion of joint ventures among Asian-African countries in so far as this will promote their common interest.

6 4. The Asian-African conference recognised the vital need for stabilizing commodity trade in the region. The principle of enlarging the scope of multilateral trade and payments was accepted. However, it was recognised that some countries would have to take recourse to bilateral trade arrangements in view of their prevailing economic conditions. 5. The Asian-African conference recommended that collective action be taken by participating countries for stabilizing the international prices of and demand for primary commodities through bilateral and multilateral arrangements and that as far as practicable and desirable they should adopt a unified approach on the subject in the United Nations Permanent Advisory Commission on International Commodity Trade and other international forums.

7 6. The Asian-African conference further recommended that: Asian-African countries should diversify their export trade by processing their raw material, wherever economically feasible, before export; intra-regional trade fairs should be promoted and encouragement given to the exchange of trade delegations and groups of businessmen; exchange of information and of samples should be encouraged with a view to promoting intra- regional trade; and normal facilities should be provided for transit trade of land-locked countries. 7. The Asian-African conference attached considerable importance to Shipping and expressed concern that shipping lines reviewed from time to time their freight rates, often to the detriment of participating countries.

8 It recommended a study of this problem, and collective action thereafter, to induce the shipping lines to adopt a more reasonable attitude. It was suggested that a study of railway freight of transit trade may be made. 8. The Asian-African conference agreed that encouragement should be given to the establishment of national and regional banks and insurance companies. 9. The Asian-African conference felt that exchange of information on matters relating to oil, such as remittance of profits and taxation, might eventually lead to the formulation of common policies. Centre Virtuel de la Connaissance sur l'Europe (CVCE) 3 / 10. Final communiqu of the Asian-African conference of Bandung (24 April 1955).

9 10. The Asian-African conference emphasized the particular significance of the development of nuclear energy for peaceful purposes, for the Asian-African countries. The conference welcomed the initiative of the Powers principally concerned in offering to make available information regarding the use of atomic energy for peaceful purposes; urged the speedy establishment of the International Atomic Energy Agency which should provide for adequate representation of the Asian-African countries on the executive authority of the Agency; and recommended to the asian and african Governments to take full advantage of the training and other facilities in the peaceful uses of atomic energy offered by the countries sponsoring such programmes.

10 11. The Asian-African conference agreed to the appointment of Liaison Officers in participating countries, to be nominated by their respective national Governments, for the exchange of information and ideas on matters of mutual interest. It recommended that fuller use should be made of the existing international organisations, and participating countries who were not members of such international organisations, but were eligible, should secure membership. 12. The Asian-African conference recommended that there should be prior consultation of participating countries in international forums with a view, as far as possible, to furthering their mutual economic interest. It is, however, not intended to form a regional bloc. 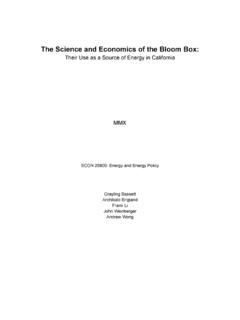 The Science and Economics of the Bloom Box

The Science and Economics of the Bloom Box: Their Use as a Source of Energy in California MMX ECON 26800: Energy and Energy Policy Grayling Bassett

Economic, Sciences, The science and economics of the 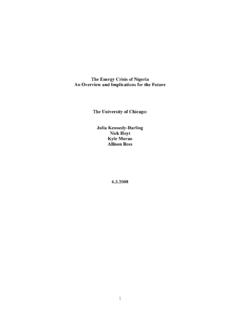 The Energy Crisis of Nigeria An Overview and …

1 The Energy Crisis of Nigeria An Overview and Implications for the Future The University of Chicago: Julia Kennedy-Darling Nick Hoyt Kyle Murao 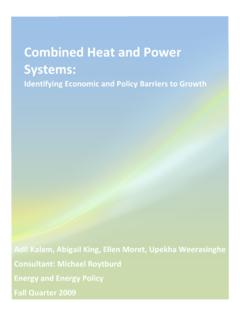 Combined heat and power describes any system that ... The topping cycle, also known as a combined cycle, is the most widely used and applied ... system uses fuel to power the primary process of generating electrical power. Then the excess heat from this process is harvested and used directly to heat air ...

AFRICAN CHARTER ON HUMAN AND PEOPLES RIGHTS 3 2. Every individual shall have the right to leave any country including his own, and to return to his country. 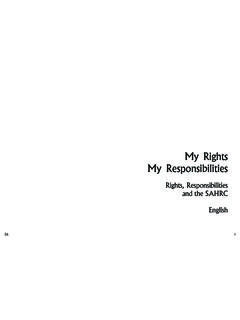 My Rights My Responsibilities - SAHRC

34 3 DICTIONARY abused - Treated badly. A human rights abuse is when one of your rights are ignored. access - Some of the rights in the Bill of Rights say 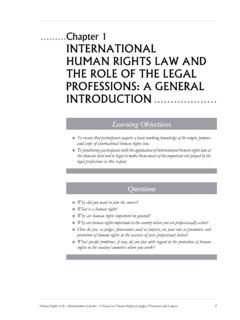 Chapter 1 INTERNATIONAL HUMAN RIGHTS LAW AND THE ROLE OF THE LEGAL PROFESSIONS: A GENERAL INTRODUCTION..... Learning Objectives To ensure that participants acquire a basic working knowledge of the origin, purpose 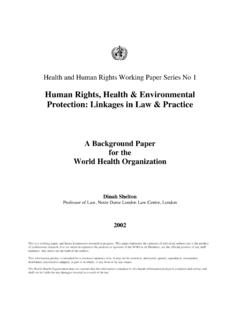 CONSTITUTIVE ACT OF THE AFRICAN UNION

1 CONSTITUTIVE ACT OF THE AFRICAN UNION We, Heads of State and Government of the Member States of the Organization of African Unity (OAU): 1. The President of the People’s Democratic Republic of Algeria