5 This project focuses on the Families who were in the current Edgefield County area prior to 1800. Before the year 1785, Edgefield County was a part of Ninety-Six District, which then included a very extensive territory in the upper part of the State. In 1785 Ninety-Six was divided into the Counties of Edgefield , Abbeville, Newberry, Laurens, Union, and Spartanburg. Parts of Edgefield later went to form Aiken (1871), Saluda (1895), Greenwood (1897), and McCormick (1916) counties. Today, Aiken County has the majority of the population, although early records are still in the Edgefield County Courthouse.

6 This area is particularly significant as the "end" of the Great Wagon Road from the New England States. Generally the area was not settled until just prior to the Revolutionary War, but following the war, thousands of people passed through as they pushed into Georgia, Alabama, and points west. First Families of Edgefield County Vol. 1 8 Edgefield , like other parts of the middle sections of the State, was settled by people representing the various nationalities of Europe-English, Scotch, Irish, Welch, German, Dutch, and French-English predomi-nating so greatly as to make the English language the language of the country; though several others are spoken in the United States in different sections and are the every day language of the people, especially German, Swedish, and French.

7 Like other parts of the upper country, Edgefield received many settlers from the North, from Pennsylvania, Maryland, Virginia, and North Carolina ; and also perhaps some few from colonies farther North. Some also came from Georgia, as in the early days of that Colony, there were laws prohibiting the sale and use of rum and other ardent spirits, and also the introduction of African slaves. Many Georgia settlers, not liking these laws, moved over into Carolina where the use of both was allowed, No matter from what region they came, nor of what nationality, they were a hardy, brave, energetic, industrious, adventurous set of men, such as pioneers must always be.

8 John Chapman's "History of Edgefield County " is one of the primary sources for researching early Families in this area. He states: I do not know the exact time when many of these settlers, Carsons, Towleses, Butlers (not First Families of Edgefield County Vol. 1 9 Gen. Butler's family), Scurrys, Andersons, and others, not far from Saluda, Scotland, and the Island Ford, came into the country; but it was from 1756 to 1766, during which period the great wave of immigration rolled down South from Pennsylvania, Virginia, and North Carolina into South Carolina ; when sometimes the number amounted to as many as a thousand Families a year, with all their movables and horses and cattle. 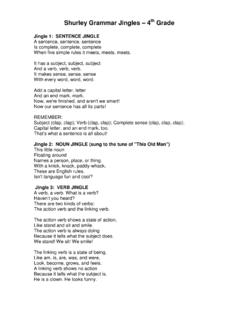