Bohazi’s former employers. For the reasons set forth below, we affirm the denial of the ... over” the steel mill, including the open hearth and blast furnace. In the open hearth area, there were about 30 ladles pouring steel from the furnaces. Linings and hot tops for the ... Fisher v. Beazer E., Inc. ...

3 The plaintiff cross-appeals from the jury s apportionment of liability among various entities, including Bohazi s former employers. For the reasons set forth below, we affirm the denial of the motion for a directed verdict and motion for judgment notwithstanding the verdict, and affirm the apportionment of liability. { 2} Following his graduation from high school in 1951, Joseph Bohazi began work at the Youngstown Sheet & Tube Company in Campbell, Ohio. He worked as an apprentice boilermaker until 1953, then served in the Marine Corps from 1953 to 1955. He resumed his boilermaker apprenticeship from 1955 until 1957, then worked as journeyman boilermaker from 1957 until his retirement in 1985.

4 In 2009, Bohazi was diagnosed with mesothelioma. { 3} On August 10, 2009, Bohazi and his wife, Jane ( Jane ), filed this matter pursuant to the Standing Order Regarding Asbestos Personal Injury Complaints. The plaintiffs alleged asbestos-related personal injury and loss of consortium against 29 defendants. They set forth claims for strict liability for defective design; strict liability for failure to warn; negligent design and distribution; negligent failure to warn; breach of warranty; conspiracy, concert of action, and common enterprise; liability for indivisible injury caused by asbestos products placed in the stream of commerce; and market-share liability.

5 { 4} Bohazi died on August 9, 2011. Jane died the following year, and Fisher was substituted as the plaintiff herein. By January 2013, the action remained pending only as to Ferro. The matter proceeded to a jury trial on January 24, 2013. { 5} The videotaped deposition of Bohazi established that he began work at Youngstown Sheet & Tube in 1951. He worked as an apprentice boilermaker and advanced to journeyman. In addition to boiler work, he performed structural ironwork on the furnaces at the plant. He generally worked in the open hearth department. According to this testimony, he worked within sight of the platforms where molten steel was poured from the open hearth to the ladles.

6 Some of the ingot molds were lined with asbestos-containing hot tops. The hot top remained on the mold as it cooled. It then fell apart, or was removed in the stripper building that was about 50-60 feet away from where Bohazi worked. Bohazi testified that this procedure generated dust. There was also a breeze in the workplace caused by the heat from the ovens, and this stirred up the air. Bohazi further testified that dust was visible in his work area, and he inhaled this dust as a matter of breathing in and out while at work. He was never required to wear a mask or any type of breathing protection from asbestos. Bohazi stated that he spent the great majority of his time around the steel pouring pits.

7 Whenever the platforms of the pouring floors were damaged, he completed repairs in those areas. At other times, he worked on the ladles of the pouring floor, about 100 feet from the molds. In addition, the molds with the hot tops were frequently placed nearby for cooling. { 6} Richard Antal ( Antal ), testified that he worked as a boilermaker at Youngstown Sheet & Tube beginning in 1952. He stated that he and Bohazi worked all over the steel mill, including the open hearth and blast furnace. In the open hearth area, there were about 30 ladles pouring steel from the furnaces. Linings and hot tops for the molds were made of asbestos fiber. He recalled that they were Ferro products, and that Ferro boards were stored in the area.

8 They were used in the molds, then disintegrated after use or were removed nearby by a crane operator. According to Antal, dust came from the boards and would float in the air, which he, Bohazi, and other workers inhaled. As to other products, Antal admitted on cross-examination that Owens-Corning Kaylo was also used as pipe insulation near Bohazi and other boilermakers. { 7} Les Allshouse ( Allshouse ) testified that he worked at Youngstown Sheet & Tube for about 31 years, beginning in 1952. He worked in the open hearth department and stated that clay-lined Fosesco and Insul brand hot tops, and Ferro hot tops were used in this area. The hot tops generated debris as they were moved, and they also degraded after use or were crushed by a crane operator in the removal process.

9 { 8} Samuel Mazilia ( Mazilia ) also testified that he was a hot top crane operator at Youngstown Sheet & Tube from 1958 to 1979. He stated that Ferro disposable hot tops, Ramset hot tops, and Insul brand hot tops were used in the open hearth department. { 9} John Tooey ( Tooey ), a former salesman for Ferro, testified that Ferro sold various products that contained asbestos, including Ferro hot top boards, rings, and covering compound. Tooey further testified that it was his practice to observe the products in use at the mill, and that when these products were shipped, installed, and used in production, they created dust. The products were installed using a type of pitchfork and this emitted dust.

10 Later, after use, the hot tops were crushed and removed from the mold by crane. As much as a foot of residue fell from the mold and a cloud of dust would form and rise into the air. According to this witness, Ferro never provided information concerning the hazards of asbestos, even after the enactment of OSHA. { 10} William Gabriel ( Gabriel ), former assistant to the general manager of Ferro s Engineering Division, testified on cross-examination that Ferro had been the second largest manufacturer of hot tops. Until 1974, Ferro s hot top boards and covering compound contained asbestos, and Ferro board ingot liners contained 5-6 percent asbestos. Hot top covers were 20 percent asbestos by weight. 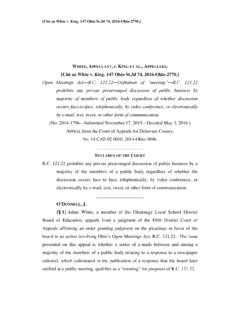 January Term, 2016 5 {¶ 10} The board responds that the amended complaint fails to establish that a meeting occurred for purposes of the Open Meetings Act, asserting that the law does not apply to e-mails because it does not mention electronic 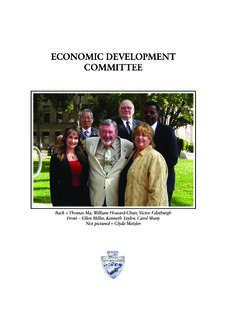 In 1995, the former Kaiser Steel Mill site and other blighted industrial properties located in the unincorporated area west of Fontana were incorporated into the San Sevaine Redevelopment Project Area. The major objectives of the project are to 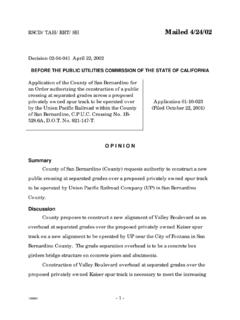 BEFORE THE PUBLIC UTILITIES COMMISSION OF THE STATE …

Is an economically viable use of a portion of the former Kaiser Steel Corporation steel mill property. 2. Will transform a marginally productive site and establish a well-balanced and carefully planned community of general transportation-related industrial, commercial and business park 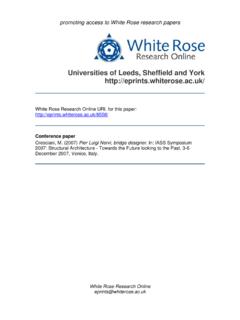 Olimpica (1960) or even the suspended roof of the Burgo paper mill (1961) can be considered structurally similar to bridges. This paper presents some of Nervi projects of bridges, from the early designs to the what ... The former, in Nervi’s opinion, being the correct one. ... he collaborated with Kaiser steel, a Californian steel company ... 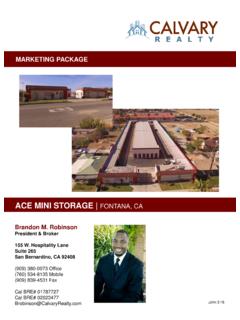 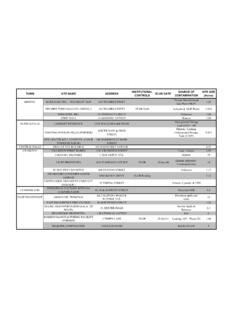 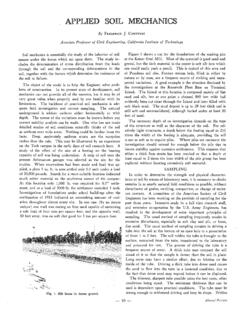 at the Kaiser Steel Mill. Most of the material is good sand and gravel, but the dark material in the center is soft silt into which ... Former stream beds, filled in either by nature or by man, are a frequent source of striking and unex- pected variations. A good example is the situation disclosed by the investigations at the Roosevelt Fleet ... 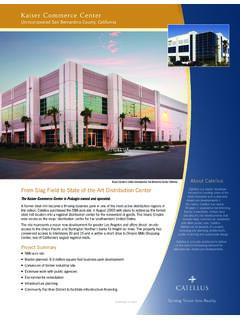 The Kaiser Commerce Center is ProLogis owned and operated. A former steel mill became a thriving business park in one of the most active distribution regions in the nation. Catellus purchased the 588-acre site in August 2000 with plans to redevelop the former

3210.09 Casters with a combination of a rotating steel belt and a water-cooled ... and subsequent hot mill deformation. Therefore the capital investment and operational costs are significantly lower than in a conventional production process. Continuous casting is the preferred ... motionless in the former. Fixed walls are not used for ... 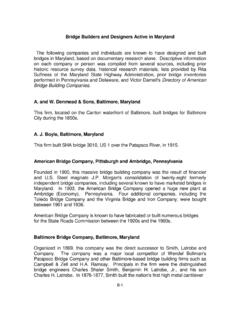 This mammoth steel corporation, engaged in many different steel-related manufacturing activities during the late nineteenth and twentieth centuries, is known to have built bridges in Maryland, such as the Paper Mill Road Bridge over the 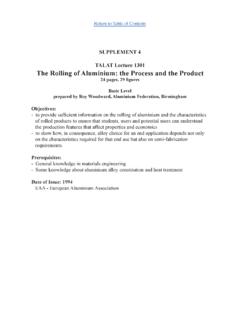 1301 The Rolling of Aluminium: the Process and the Product

relatively low cost, for example tin-plate, paper, wood, mild steel and plastics, it is essential that the cost of the aluminium products are themselves as low as possible, consistent with the achievement of the required properties.