Flannery O’Connor, ‘A Good Man is Hard to Find’

Flannery O'Connor, A good Man is hard to find '. THE GRANDMOTHER didn't want to go to Florida. She wanted to visit some of her connections in east Tennessee and she was seizing at every chance to change Bailey's mind. Bailey was the son she lived with, her only boy. He was sitting on the edge of his chair at the table, bent over the orange sports section of the Journal. Now look here, Bailey, she said, see here, read this, and she stood with one hand on her thin hip and the other rattling the newspaper at his bald head. Here this fellow that calls himself The Misfit is aloose from the Federal Pen and headed toward Florida and you read here what it says he did to these people. Just you read it. I wouldn't take my children in any direction with a criminal like that aloose in it. I couldn't answer to my conscience if I did.

34 Flannery O’Connor, ‘A Good Man is Hard to Find’ THE GRANDMOTHER didn’t want to go to Florida. She wanted to visit some of her connections in east Tennessee and she was seizing at every chance to change Bailey’s mind.

1 Flannery O'Connor, A good Man is hard to find '. THE GRANDMOTHER didn't want to go to Florida. She wanted to visit some of her connections in east Tennessee and she was seizing at every chance to change Bailey's mind. Bailey was the son she lived with, her only boy. He was sitting on the edge of his chair at the table, bent over the orange sports section of the Journal. Now look here, Bailey, she said, see here, read this, and she stood with one hand on her thin hip and the other rattling the newspaper at his bald head. Here this fellow that calls himself The Misfit is aloose from the Federal Pen and headed toward Florida and you read here what it says he did to these people. Just you read it. I wouldn't take my children in any direction with a criminal like that aloose in it. I couldn't answer to my conscience if I did.

2 Bailey didn't look up from his reading so she wheeled around then and faced the children's mother, a young woman in slacks, whose face was as broad and innocent as a cabbage and was tied around with a green head-kerchief that had two points on the top like rabbit's ears. She was sitting on the sofa, feeding the baby his apricots out of a jar. The children have been to Florida before, the old lady said. You all ought to take them somewhere else for a change so they would see different parts of the world and be broad. They never have been to east Tennessee.. The children's mother didn't seem to hear her but the eight-year-old boy, John Wesley, a stocky child with glasses, said, If you don't want to go to Florida, why dontcha stay at home? He and the little girl, June Star, were reading the funny papers on the floor.

3 She wouldn't stay at home to be queen for a day, June Star said without raising her yellow head. Yes and what would you do if this fellow, The Misfit, caught you? the grandmother asked. I'd smack his face, John Wesley said. She wouldn't stay at home for a million bucks, June Star said. Afraid she'd miss something. She has to go everywhere we go.. All right, Miss, the grandmother said. Just remember that the next time you want me to curl your hair.. June Star said her hair was naturally curly. The next morning the grandmother was the first one in the car, ready to go. She had her big black valise that looked like the head of a hippopotamus in one corner, and underneath it she was hiding a basket with Pitty Sing, the cat, in it. She didn't intend for the cat to be left alone in the house for three days because he would miss her too much and she was afraid he might brush against one of her gas burners and accidentally asphyxiate himself.

4 Her son, Bailey, didn't like to arrive at a motel with a cat. 34. She sat in the middle of the back seat with John Wesley and June Star on either side of her. Bailey and the children's mother and the baby sat in front and they left Atlanta at eight forty-five with the mileage on the car at 55890. The grandmother wrote this down because she thought it would be interesting to say how many miles they had been when they got back. It took them twenty minutes to reach the outskirts of the city. The old lady settled herself comfortably, removing her white cotton gloves and putting them up with her purse on the shelf in front of the back window. The children's mother still had on slacks and still had her head tied up in a green kerchief, but the grandmother had on a navy blue straw sailor hat with a bunch of white violets on the brim and a navy blue dress with a small white dot in the print.

5 Her collars and cuffs were white organdy trimmed with lace and at her neckline she had pinned a purple spray of cloth violets containing a sachet. In case of an accident, anyone seeing her dead on the highway would know at once that she was a lady. She said she thought it was going to be a good day for driving, neither too hot nor too cold, and she cautioned Bailey that the speed limit was fifty-five miles an hour and that the patrolmen hid themselves behind billboards and small clumps of trees and sped out after you before you had a chance to slow down. She pointed out interesting details of the scenery: Stone Mountain; the blue granite that in some places came up to both sides of the highway; the brilliant red clay banks slightly streaked with purple; and the various crops that made rows of green lace-work on the ground.

6 The trees were full of silver-white sunlight and the meanest of them sparkled. The children were reading comic magazines and their mother and gone back to sleep. Let's go through Georgia fast so we won't have to look at it much, John Wesley said. If I were a little boy, said the grandmother, I wouldn't talk about my native state that way. Tennessee has the mountains and Georgia has the hills.. Tennessee is just a hillbilly dumping ground, John Wesley said, and Georgia is a lousy state too.. You said it, June Star said. In my time, said the grandmother, folding her thin veined fingers, children were more respectful of their native states and their parents and everything else. People did right then. Oh look at the cute little pickaninny! she said and pointed to a Negro child standing in the door of a shack.

7 Wouldn't that make a picture, now? she asked and they all turned and looked at the little Negro out of the back window. He waved. He didn't have any britches on, June Star said. He probably didn't have any, the grandmother explained. Little riggers in the country don't have things like we do. If I could paint, I'd paint that picture, she said. The children exchanged comic books. 35. The grandmother offered to hold the baby and the children's mother passed him over the front seat to her. She set him on her knee and bounced him and told him about the things they were passing. She rolled her eyes and screwed up her mouth and stuck her leathery thin face into his smooth bland one. Occasionally he gave her a faraway smile. They passed a large cotton field with five or fix graves fenced in the middle of it, like a small island.

8 Look at the graveyard! the grandmother said, pointing it out. That was the old family burying ground. That belonged to the plantation.. Where's the plantation? John Wesley asked. Gone With the Wind, said the grandmother. Ha. Ha.. When the children finished all the comic books they had brought, they opened the lunch and ate it. The grandmother ate a peanut butter sandwich and an olive and would not let the children throw the box and the paper napkins out the window. When there was nothing else to do they played a game by choosing a cloud and making the other two guess what shape it suggested. John Wesley took one the shape of a cow and June Star guessed a cow and John Wesley said, no, an automobile, and June Star said he didn't play fair, and they began to slap each other over the grandmother. The grandmother said she would tell them a story if they would keep quiet.

9 When she told a story, she rolled her eyes and waved her head and was very dramatic. She said once when she was a maiden lady she had been courted by a Mr. Edgar Atkins Teagarden from Jasper, Georgia. She said he was a very good -looking man and a gentleman and that he brought her a watermelon every Saturday afternoon with his initials cut in it, E. A. T. Well, one Saturday, she said, Mr. Teagarden brought the watermelon and there was nobody at home and he left it on the front porch and returned in his buggy to Jasper, but she never got the watermelon, she said, because a nigger boy ate it when he saw the initials, E. A. T. ! This story tickled John Wesley's funny bone and he giggled and giggled but June Star didn't think it was any good . She said she wouldn't marry a man that just brought her a watermelon on Saturday.

10 The grandmother said she would have done well to marry Mr. Teagarden because he was a gentle man and had bought Coca-Cola stock when it first came out and that he had died only a few years ago, a very wealthy man. They stopped at The Tower for barbecued sandwiches. The Tower was a part stucco and part wood filling station and dance hall set in a clearing outside of Timothy. A fat man named Red Sammy Butts ran it and there were signs stuck here and there on the building and for miles up and down the highway saying, TRY RED SAMMY'S FAMOUS BARBECUE. NONE. LIKE FAMOUS RED SAMMY'S! RED SAM! THE FAT BOY WITH THE HAPPY LAUGH. A. VETERAN! RED SAMMY'S YOUR MAN! Red Sammy was lying on the bare ground outside The Tower with his head under a truck while a gray monkey about a foot high, chained to a small chinaberry tree, chattered nearby. 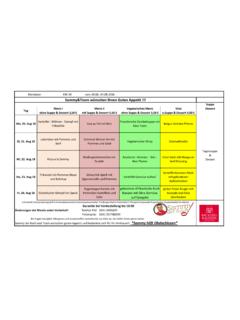 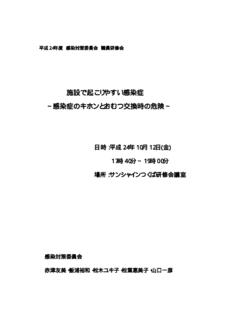 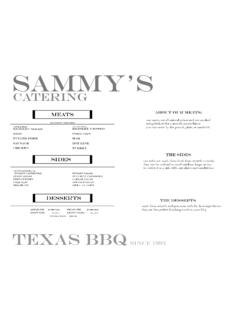 SAMMY' CATERING ABOUT OUR MEATS: our meats are all natural prime and are smoked using hickory for a smooth savory flavor. you can order lov the pound, plate, or … 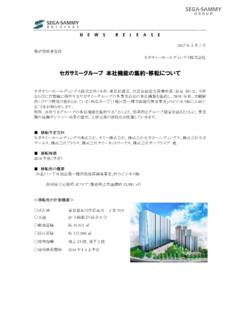