On Web 08/31/2009 2009 American Chemical SocietyJ. Agric. food ,57,8089 80928089 Packaging History and InnovationsSARAJ. RISCHS cience by Design, East Lansing, Michigan 48823 food Packaging has evolved from simply a container to hold food to something today that can playan active role in food quality. Many packages are still simply containers, but they have propertiesthat have been developed to protect the food . These include barriers to oxygen, moisture, andflavors. Active Packaging , or that which plays an active role in food quality, includes somemicrowave Packaging as well as Packaging that has absorbers built in to remove oxygen fromthe atmosphere surrounding the product or to provide antimicrobials to the surface of the has allowed access to many foods year-round that otherwise could not be preserved. It isinteresting to note that some packages have actually allowed the creation of new categories in thesupermarket.

1 On Web 08/31/2009 2009 American Chemical SocietyJ. Agric. food ,57,8089 80928089 Packaging History and InnovationsSARAJ. RISCHS cience by Design, East Lansing, Michigan 48823 food Packaging has evolved from simply a container to hold food to something today that can playan active role in food quality. Many packages are still simply containers, but they have propertiesthat have been developed to protect the food . These include barriers to oxygen, moisture, andflavors. Active Packaging , or that which plays an active role in food quality, includes somemicrowave Packaging as well as Packaging that has absorbers built in to remove oxygen fromthe atmosphere surrounding the product or to provide antimicrobials to the surface of the has allowed access to many foods year-round that otherwise could not be preserved. It isinteresting to note that some packages have actually allowed the creation of new categories in thesupermarket.

2 Examples include microwave popcorn and fresh-cut produce, which owe theirexistence to the unique Packaging that has been : Packaging ; barrier; absorbers; antimicrobialsINTRODUCTIONP ackaging today plays an important role in the quality of foodproducts by providing protection from environmental, chemical,and physical challenges. This protection can be as simple aspreventing breakage of the product to providing barriers tomoisture, oxygen, carbon dioxide, and other gases as well asflavors and aromas. Packaging can block light to protectnutrients and colors in a product from deteriorating. In additionto providing passive protection, many packages today playan active role in the quality of a product by helping to maintaina desired atmosphere around the product. As described byLockhart (15), Packaging materials have the three primaryfunctions of providing protection, utility, and communication inthree different environments.

3 The environments are physical,atmospheric, and human. The goal is to optimize a package toprovide for all three functions efficiently in all three development of food Packaging has evolved as man slifestyle has changed. For a very long period of time, peoplesimply ate what they could gather in their immediate surround-ings. As people shifted from a nomadic lifestyle to staying in asheltered area, the need arose for containers to store food . Upuntil the 1800s, there was very little sophistication in packagingmaterials, with naturally occurring items such as gourds, shells,and leaves (1) being used to hold food . Grasses, wood, andbamboo were used to weave baskets. Some of the early materialsthat could be shaped into food containers were pottery, paper,and glass. The first evidence of pottery and glass being made wasabout 7000 , yet industrialization of the process by theEgyptians was not seen until about 1500 (1).

4 It is interestingto note that the primary materials used to make glass at that time,limestone, soda, sand, and silica, are the same materials that areused today, although many additives have been developed tocolor glass and give it varying properties. More details on earlypackaging materials can be found inA Brief History of Packagingby Berger and Welt (1). As the Division of Agriculture and FoodChemistry celebrates its 100th anniversary in 2008, it is interestingto note that many of the significant developments in foodpackaging have occurred in the same period of time. This paperprovides a review of some of the Innovations that have occurredduring that DEVELOPMENTS IN PACKAGINGThe Industrial Revolution brought the development of newmanufacturing processes and new materials. Although initiallymany of them were not intended for food products, they becameuseful as food Packaging materials. Metal cans were initiallymanufactured for snuff, for which they provided an excellentbarrier to maintain the moisture of the product as well asproviding protection for the flavor of the product.

5 They laterwere used in the canning operation that was discovered byNicholas Appert when he answered a challenge from FrenchEmperor Napoleon Bonaparte to develop a method to preservefood for his army (11). Appert used glass bottles with corkssecured with wire as a closure to contain food while heating. Theglass bottles were fragile and were soon replaced with metal cans,allowing products to be heat processed much more readily toextend their shelf life and prevent spoilage. Paperboard was firstused to manufacture folding cartons in the early 1800s. Cor-rugated boxes that today are widely used as a shipping containerto hold a number of smaller packages were developed in the1850s. Plastics including cellulose nitrate, styrene, and vinylchloride were discovered in the 1800s but were not used in anypackaging until well into the 20th century. Some of the first useswere during World War II with commercialization for foodpackaging occurring after the part of a package that was patented in 1892 played asignificant role in the development of the beverage Painter, the founder of what today is Crown Holdings,Inc.

6 , patented the crown cork (7). This was a metal cap that had alayer of cork inside that gave a good seal against the top of a glass8090J. Agric. food Chem.,Vol. 57, No. 18, 2009 Rischbottle. Prior to this invention, glass bottles could not be tightlysealed with a convenient closure and did not provide protectionfor the products inside the bottles. Products were susceptible todeterioration due to the ingress of oxygen. As plastics and othersynthetic materials have been developed, they have replaced thecork to provide a more uniform and tighter seal. In one study, itwas found that ingress of oxygen using traditional crown sealswith various linears ranged from to Lperday(14).Today, some of the liners in the crown have oxygen-absorbingability built into them to remove residual oxygen from theheadspace in the bottle to slow or eliminate oxidation of thecontents of the bottle (5).Biscuits were the first products to be individually packagedand were first sold in the 1890s.

7 They were produced by theNational Biscuit Co., which had recently been formed by themerger of several baking companies. They felt that they neededsomething new to draw attention to the company and developeda biscuit which was lighter and flakier than anything else onthe market (13). Up until that time, biscuits had been packed inlarge barrels which sat open at the market. People would pickout as much product as they wanted and put it in a paper bagto take it home. This provided no protection for the quality ofthe product other than being a dust cover. The new productneeded moisture protection to maintain the light, flaky texture,and an individual package was designed with an inner linerto provide that protection. While this may not seem signifi-cant today, it was a major step forward in preserving productquality by providing a barrier to moisture to keep the productcrisp. This also provided protection from contamination WORLD WAR IIAfter World War II, there was an increasing focus on food andfood quality.

8 Many materials including plastics that were devel-oped for war applications found their way into food packagingafter the war. There have been a number of developments toimprove food quality and allow for consumers to have a widevariety of foods year-round. Plastics are one area that has seenmajor improvement in materials and their properties. Polyethyl-ene was one of the first plastics used widely for food are several types of polyethylene in use today includinglow-density (LDPE), high-density (HDPE), linear low-density(LLDPE), and very low density (VLDPE). LDPE was the first tobe developed by Imperial Chemical Industries in 1933 (4). Thecompany received a patent for production of the material thatinvolved compressing ethylene gas and heating it to a hightemperature (9). The first plastic sandwich bag on a roll wasintroduced in 1957 (17). By 1966, over 25% of all bread sold wasin plastic bags made from LDPE. That package still is in wide usefor most bread products sold.

9 Some companies have gone back tothe use of paper bags for bread to give it an artisanal feel;however, the paper bag does not keep the bread as well and thequality deteriorates much more quickly than when the bread isstored in a plastic plastics have been more widely used as food packa-ging materials in the past 50-60 years, new developments inplastics have helped to increase the usage. Professor Giulio Nattadiscovered isotactic polypropylene in 1954 (12). The film is oftenoriented after the casting or forming process by first stretching thematerial in the machine direction and then stretching it in thecrosswise direction to give oriented polypropylene (OPP). Thisstretching aligns the molecules, making a film with a bettermoisture vapor barrier, better clarity, and more stiffness. It iswidely used as an overwrap for snack process that is used to improve barriers even further ismetallization. In this process, an aluminum wire is heated to1700 C in a large vacuum chamber (12).

10 This vaporizes thealuminum, which deposits on the surface of the film as it is runthrough the chamber. In the case of a 50 gauge polyester film,metallizing improves the moisture vapor transmission rate(MVTR) from g/(100 h390% RH) to , a 40-foldimprovement (12).One process that has improved overall properties of plasticfilms is coextrusion, developed in 1964 by Hercules (12). In thisprocess a film with two or more layers of different types of plasticcan be made in one step without the need to laminate the layerstogether with an adhesive, eliminates the use of solvents, andproduces a film in one step instead in needing multiple different types of resin or resin blends are being used, itrequires careful control of the melt properties and viscosity toensure the appropriate thickness of each distinct material. It ispossible to make structures with much thinner layers than can bemade when laminating. Multiple-layer films offer better protec-tion for products as some films are better moisture barriers andothers offer better barriers to gases. 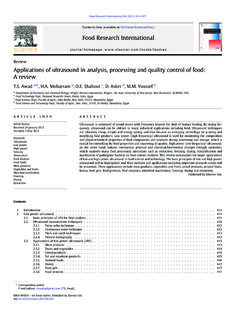 (2) has developed a consensus text on the validation of analytical procedures. The document includes definitions for eight validation characteristics. 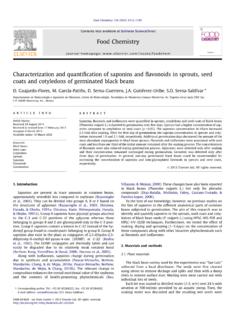 Characterization and quantification of saponins …

placed on germination trays in a dark chamber set at 20 C and 92% relative humidity for 5 days. Samples were taken daily for the determination of germination percentage and sprout length and 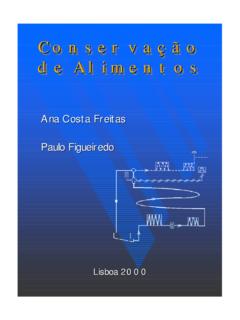 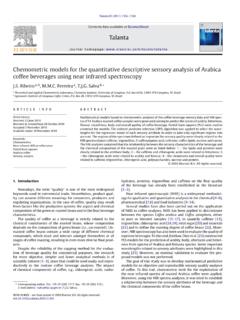 Chemometric models for the quantitative descriptive ...

The State of Food Security and Nutrition in the …

Food and Agriculture Organization of the United Nations Rome, 2017 2017 THE STATE OF FOOD SECURITY AND NUTRITION IN THE WORLD BUILDING RESILIENCE

ACID/ALKALINE FORMING FOOD LIST Your body pH affects everything... Balancing the pH is a major step toward well-being and greater health. The pH scale is from 0 - 14

4 Each site needs to identify the employee(s) primarily responsible for managing the facility’s food defense program (i.e., self assessment, …