for the Prosecution of Competition Manipulation

area of great concern in recent years. Like doping, it threatens the very integrity of sport. Often, it also has links to other criminal activities such as corruption, organized crime and money-laundering. In such cases, the investigation capacities of sports organisations, as well as the sanctions ...

5 107. Annex 3 Relevant International Legislation A Comparison on Selected Themes.. 114. Annex 4 The Olympic Movement Code on the Prevention of the Manipulation of Competitions .. 119. Annex 5 Bibliography .. 125. UNODC IOC Study on Criminal Law Provisions for the Prosecution of Competition Manipulation Foreword 5. Foreword The Manipulation of sports competitions, in particular when linked to betting activities, has become an area of great concern in recent years. Like doping, it threatens the very integrity of sport. Often, it also has links to other criminal activities such as corruption, organized crime and money-laundering. In such cases, the investigation capacities of sports organisations, as well as the sanctions available to them, such as bans, relegations and penalties, are no longer sufficient and must be complemented with a criminal justice response.

6 Legislation to establish criminal offences against Competition Manipulation is therefore needed alongside independent sports sanctioning systems. The International Olympic Committee (IOC), as the guardian in charge of preserving the integrity of the Olympic Games, and the United Nations Office on Drugs and Crime (UNODC), as the global leader in the fight against corruption and crime, and guardian of related United Nations conventions, have joined forces to protect clean athletes. In 2013, the IOC and UNODC published a joint study which compiled criminal law provisions on match- fixing and illegal betting from existing legislation of 19 countries. It identified discrepancies and similarities in legislative approaches. The document at hand uses this initial study and broadens its perspective by looking at specific legislation in 52 countries.

7 This research reveals that during the last three years some national legislation has been further developed and more countries have adopted specific legislation aimed at criminalizing the Manipulation of sports competitions. This booklet puts forward for consideration Model Criminal Law Provisions aimed at assisting countries in establishing effective legislation to prosecute those involved in Competition Manipulation . The harmonization of criminal legislation is key for international law enforcement and judicial cooperation and will further facilitate convergence in criminal justice responses. Our efforts in supporting national governments and other stakeholders involved in sport in cutting the Gordian knot that ties criminal activities with sports competitions is an ongoing process.

8 At the same time, the UNODC and the IOC, as well as other major sports organisations, are stepping up efforts to support the prevention, monitoring, assessment and investigation of any unethical activity related to sports competitions. It is this coordinated approach, at the international and national levels, that is key to protecting the integrity of sport, its values and athletes. P querette Girard Zappelli Dimitri Vlassis Chief Ethics and Compliance Officer Chief Corruption and Economic Crime Branch International Olympic Committee (IOC) United Nations Office on Drugs and Crime (UNODC). UNODC IOC Study on Criminal Law Provisions for the Prosecution of Competition Manipulation Acknowledgements 6. Acknowledgements This study has been prepared by the International Olympic Committee (IOC) and the United Nations Office on Drugs and Crime (UNODC).

10 Executive Summary Match-fixing is one of the most significant threats to the integrity of sport. It eliminates unpredictability, which is the inherent feature of fairness in a Competition . In addition, it also destroys the core social, cultural and educational values of sports, as well as undermining its economic role. An effective fight against match-fixing requires governmental action and coordination with sports organisations, especially in the field of criminal law. Multiple initiatives have been launched and developed as the problem has received more attention. Indeed, the realisation that a significant proportion of the illicit and illegal profits made from the Manipulation of sports competitions strongly involves an international aspect has led States, the IOC and UNODC, and other organisations such as the Council of Europe and the European Union, to look at using existing international frameworks, as well as developing new mechanisms, in order to support efforts to counter this problem. 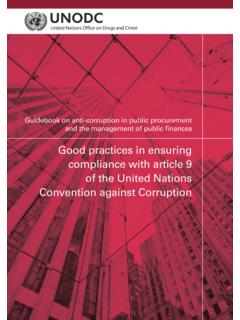 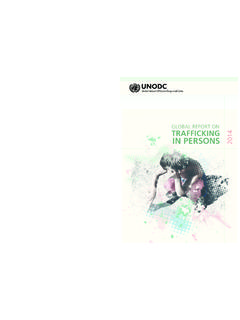 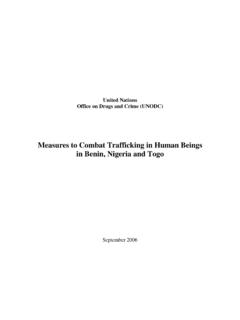 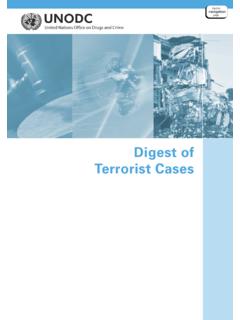 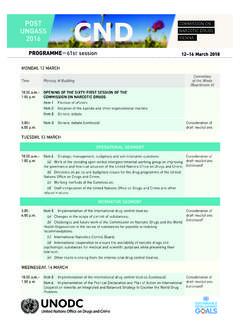 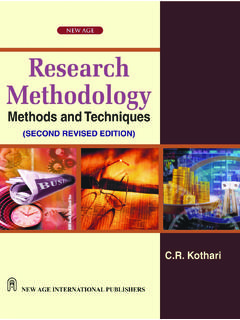 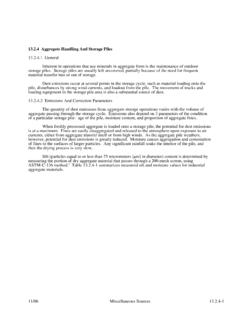 11/06 Miscellaneous Sources 13.2.4-1 13.2.4 Aggregate Handling And Storage Piles 13.2.4.1 General Inherent in operations that use minerals in aggregate form is the maintenance of outdoor