2 However, the guidelines Committee agreed that there were many additional issues which were important to cover, but which might better belong in a supplementary document - the Appendix to the guidelines . Since 1991, the profession has matured in many ways. In 1996 the American Board of FORENSIC TOXICOLOGY launched a FORENSIC TOXICOLOGY Accreditation program based primarily on the SOFT/AAFS guidelines and Appendix. In 1997 New York State passed legislation requiring the accreditation of all FORENSIC laboratories in the public sector, and others may follow. The guidelines Committee concluded that it was time to redraft the original guidelines and Appendix into a single cohesive document which would be easier to reference and to update in the future.

3 That was done, and the final document approved and adopted. Subsequent changes to the format and content were made and approved in 1998, 2000, 2002 and 2006. Introduction from 1991 guidelines In response to the guidelines for Federal Workplace Drug Testing Programs issued by the U. S. Department of Health and Human Services in 1987, the Society of FORENSIC Toxicologists and the TOXICOLOGY Section of the American Academy of FORENSIC Sciences appointed a joint committee of members to recommend a supplementary set of guidelines for the practice of FORENSIC TOXICOLOGY . The federal guidelines , especially with respect to LABORATORY personnel and operating procedures, may not always be appropriate for other types of FORENSIC TOXICOLOGY , and the guidelines set forth below represent recommendations of the Society/Academy committee in response to that issue.

5 The specific aims of the committee, with respect to postmortem and human-performance FORENSIC TOXICOLOGY , were to provide detailed guidelines for LABORATORY practices and to prepare a checklist for self-evaluation that may also serve as an important component of a program designed to prepare a LABORATORY for accreditation. The self-evaluation checklist has since been dropped after it was adopted and expanded by the American Board of FORENSIC TOXICOLOGY as part of their LABORATORY accreditation program in 1996. 3. DEFINITIONS. Post-Mortem FORENSIC TOXICOLOGY - determines the absence or presence of drugs and their metabolites, chemicals such as ethanol and other volatile substances, carbon monoxide and other gases, metals, and other toxic chemicals in human fluids and tissues, and evaluates their role as a determinant or contributory factor in the cause and manner of death.

6 Human-Performance FORENSIC TOXICOLOGY - determines the absence or presence of ethanol and other drugs and chemicals in blood, breath or other appropriate specimen(s), and evaluates their role in modifying human performance or behaviour. (The analysis of ethanol in breath, although important, was not considered by the committee because such tests are not conducted in a LABORATORY setting); and FORENSIC Urine Drug Testing - determines the absence or presence of drugs and their metabolites in urine to demonstrate prior use or abuse. Standard - a reference material possessing one or more properties that are sufficiently well established that it can be used to prepare calibrators.

7 Calibrator - a solution , either prepared from the reference material or purchased, used to calibrate the assay. Where possible, calibrators should be prepared in a matrix similar to that of the specimens. Control - a solution either prepared from the reference material (separately from the calibrators;. that is, weighed or measured separately), purchased, or obtained from a pool of previously analyzed samples. Controls from any of these sources are used to determine the validity of the calibration; that is, the stability of a quantitative determination over time. Where possible, controls should be matrix-matched to specimens and calibrators, as indicated above. SOFT / AAFS FORENSIC LABORATORY guidelines 2006 3.

8 Reference Material (RM) - a material or substance one or more properties of which are established sufficiently well to be used for calibration of an apparatus, assessing a measurement or assigning values to material. (AOAC Official Methods of Analysis (1984)). Certified Reference Material (CRM) - a reference material, one or more of whose properties are certified by a valid procedure, or accompanied by or traceable to a certificate or other documentation which is issued by a certifying body. (AOAC Official Methods of Analysis (1984)). 4. PERSONNEL. LABORATORY Director The FORENSIC TOXICOLOGY LABORATORY should be directed by a person who is qualified by reason of appropriate education and experience to assume the required professional, organizational, educational, managerial and administrative responsibilities. 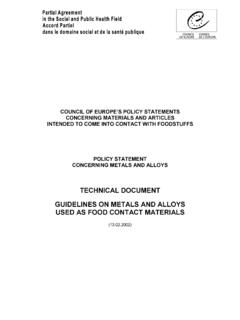 Packaging Guidelines for Battery Shipments Follow these instructions to help ensure safe transportation of your battery shipments and your shipments with items ...

Metal, Round, Half, Dormer, Half round dormer 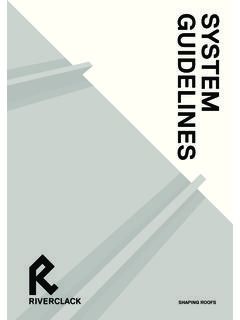 ˜ RIVERCLACK SHAPING ROOFS ˜ CHOICE OF METAL Riverclack® is available in a wide range of metals. Besides the superior 5754 aluminum alloy (guaranteed to deliver unrivaled performance in terms of corrosion resistance, 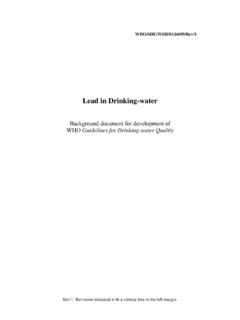 The Secretary of the Interior's Standards for Historic Preservation Projects with Guidelines for Applying the Standards were written in 1976 by W. Brown Morton III and Gary L. Hume (the ten Standards for Rehabili­

Nano Nivesh & I-direct Instinct well accepted fundamental products It is a regular pursuit of the Research team to identify new investment ideas for our valuable customers.

Current control of metal impurities is primarily based on pharmacopoeial requirements for Heavy Metals, which have been widely used for routine screening of …