FREEDOM IN THE WORLD 2019 - freedomhouse.org

the world, as seen most recently in the election of Jair Bolsonaro as president of Brazil. These movements damage democracies internally through their dismissive attitude toward core civil and

2 FREEDOM in the WORLD 2019 Map 14. Countries in the Spotlight 16. The Struggle Comes Home: Attacks on Democracy in the United States 18. The United States in Decline 23. Recommendations for Democracies 26. Recommendations for the Private Sector 28. The following people were instrumental in the writing of this booklet: Christopher Brandt, Isabel Linzer, Shannon O'Toole, Arch Puddington, Sarah Repucci, Tyler Roylance, Nate Schenkkan, Adrian Shahbaz, Amy Slipowitz, and Caitlin Watson. This booklet is a summary of findings for the 2019 edition of FREEDOM in the WORLD . The complete analysis, including narrative reports on all countries and territories, can be found on our website at ON THE COVER.

3 Cover image by KAL. FREEDOM . IN THE WORLD . 2019. Democracy in Retreat In 2018, FREEDOM in the WORLD recorded the 13th consecutive year of decline in global FREEDOM . The reversal has spanned a variety of countries in every region, from long-standing democracies like the United States to consolidated authoritarian regimes like China and Russia. The overall losses are still shallow compared with the gains of the late 20th century, but the pattern is consistent and ominous. Democracy is in retreat. In states that were already authoritarian, earning Not on the achievements of their predecessors, expand- Free designations from FREEDOM House, governments ing the scope of what citizens can and should expect have increasingly shed the thin fa ade of democratic from democracy.

4 The promise of democracy remains practice that they established in previous decades, real and powerful. Not only defending it but broaden- when international incentives and pressure for reform ing its reach is one of the great causes of our time. were stronger. More authoritarian powers are now banning opposition groups or jailing their leaders, dis- The wave of democratization rolls back pensing with term limits, and tightening the screws on The end of the Cold War accelerated a dramatic wave any independent media that remain. Meanwhile, many of democratization that began as early as the 1970s.

5 Countries that democratized after the end of the Cold The fall of the Berlin Wall in 1989 and the Soviet Union's War have regressed in the face of rampant corruption, collapse in 1991 cleared the way for the formation or antiliberal populist movements, and breakdowns in restoration of liberal democratic institutions not only the rule of law. Most troublingly, even long-standing in Eastern Europe, but also in the Americas, sub-Sa- democracies have been shaken by populist political haran Africa, and Asia. Between 1988 and 2005, the forces that reject basic principles like the separation percentage of countries ranked Not Free in FREEDOM in of powers and target minorities for discriminatory the WORLD dropped by almost 14 points (from 37 to 23.)

6 Treatment. percent), while the share of Free countries grew (from 36 to 46 percent). This surge of progress has now be- Some light shined through these gathering clouds in gun to roll back. Between 2005 and 2018, the share of 2018. Surprising improvements in individual coun- Not Free countries rose to 26 percent, while the share tries including Malaysia, Armenia, Ethiopia, Angola, of Free countries declined to 44 percent. and Ecuador show that democracy has enduring appeal as a means of holding leaders accountable and The reversals may be a result of the euphoric expansion creating the conditions for a better life.

7 Even in the of the 1990s and early 2000s. As that momentum has countries of Europe and North America where dem- worn off, many countries have struggled to accom- ocratic institutions are under pressure, dynamic civic modate the political swings and contentious debates movements for justice and inclusion continue to build intrinsic to democracy. Rapidly erected democratic 1. FREEDOM Democracy in Retreat IN THE WORLD . 2019. FREEDOM in the WORLD methodology FREEDOM in the WORLD 2019 evaluates the state of free- The methodology, which is derived from the Universal dom in 195 countries and 14 territories during calen- Declaration of Human Rights, is applied to all countries dar year 2018.

8 Each country and territory is assigned and territories, irrespective of geographic location, between 0 and 4 points on a series of 25 indicators, for ethnic or religious composition, or level of economic an aggregate score of up to 100. These scores are used development. to determine two numerical ratings, for political rights and civil liberties, with a rating of 1 representing the FREEDOM in the WORLD assesses the real- WORLD rights and most free conditions and 7 the least free. A country or freedoms enjoyed by individuals, rather than govern- territory's political rights and civil liberties ratings then ments or government performance per se.

9 Political determine whether it has an overall status of Free, Partly rights and civil liberties can be affected by both state Free, or Not Free. and nonstate actors, including insurgents and other armed groups. For complete information on the methodology, visit institutions have come under sustained attack in workers in long-industrialized democracies have nations that remain economically fragile or are still gained relatively little from the expansion, as stable, riven by deep-seated class or ethnic conflicts. Of the 23 well-paying jobs have been lost to a combination of countries that suffered a negative status change over foreign competition and technological change.

10 The past 13 years (moving from Free to Partly Free, or Partly Free to Not Free), almost two-thirds (61 percent) These developments have contributed to increasing had earned a positive status change after 1988. For anger and anxiety in Europe and the United States example, Hungary, which became Free in 1990, fell back over economic inequality and loss of personal status. to Partly Free this year after five consecutive years of The center of the political spectrum, which domi- decline and 13 years without improvement. nated politics in the established democracies as the changes unfolded, failed to adequately address the An ebb tide in established democracies disruption and dislocation they caused. 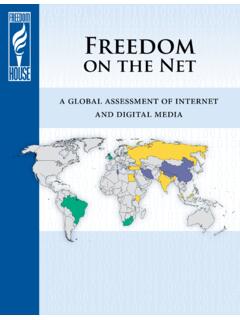 Freedom House Freedom on the Net 1 As the internet and other new media come to dominate the flow of news and information around the world, governments have responded 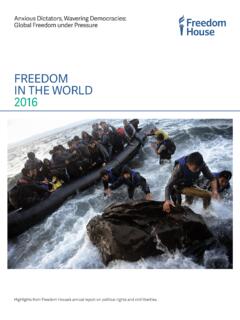 World, Freedom, Freedom in the world 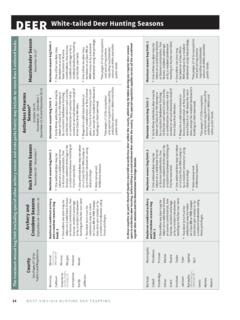 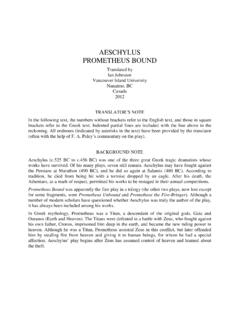 AESCHYLUS PROMETHEUS BOUND Translated by Ian Johnston Vancouver Island University Nanaimo, BC Canada 2012 TRANSLATOR’S NOTE In the following text, the numbers without brackets refer to the English text, and those in square