2010 IEEE International Conference on Computational Intelligence and Computing Research FREQUENCY REGULATION BY free GOVERNOR MODE OF OPERATION. IN POWER STATIONS. P. Nelson Vinotha Kumar Xavier1, S. Muthukumar2. 1. Student, Centre for Information Technology and Engineering, M. S. University, Tirunelveli, India 2. Research Scholar, C I T E, Manonmaniam Sundaranar University, Tirunelveli, India II. free GOVERNOR MODE OF OPERATION. Abstract - It is necessary for the Power load operators and regulators to manage distribution services The GOVERNOR is an important controller in the power efficiently to maintain reliability of the power system. plant as it regulates the turbine speed, power and FREQUENCY REGULATION is one of the distribution services to be participates in the grid FREQUENCY REGULATION .

3 If the generator is at a higher load denoted by the point ‘F’ and its load limiter is set at ‘P. L ’, the rise in generation along the droop line will be limited to only

1 2010 IEEE International Conference on Computational Intelligence and Computing Research FREQUENCY REGULATION BY free GOVERNOR MODE OF OPERATION. IN POWER STATIONS. P. Nelson Vinotha Kumar Xavier1, S. Muthukumar2. 1. Student, Centre for Information Technology and Engineering, M. S. University, Tirunelveli, India 2. Research Scholar, C I T E, Manonmaniam Sundaranar University, Tirunelveli, India II. free GOVERNOR MODE OF OPERATION. Abstract - It is necessary for the Power load operators and regulators to manage distribution services The GOVERNOR is an important controller in the power efficiently to maintain reliability of the power system. plant as it regulates the turbine speed, power and FREQUENCY REGULATION is one of the distribution services to be participates in the grid FREQUENCY REGULATION .

2 It is the main supplied by the electricity market participants. The only way operator interface to regulate FREQUENCY is to maintain the balance between a) To start the turbine from still condition, demand and supply in real time. In India, it is achieved b) To vary the load on the turbo-generator when it is on through a regulatory approach. In this Paper, an investigation is made on free GOVERNOR Mode of Operation bars (Synchronized) and to demonstrate FREQUENCY REGULATION by adopting free c) To protect the turbine from damages in the cases of any GOVERNOR Mode of Operation. Simulation is a powerful unsafe operating conditions. technique used to predict the performance or analyze the The steady state and dynamic response behavior of the behaviour of any closed loop control system.

3 It is also used to turbine is influenced mainly by the characteristics of the tune the controller gains or to design a control system. Governing system. Development of mathematical model is the first step in the simulation study. Matlab and Simulink of Mathworks Inc. are Need for the Governing System widely used in the academic and industrial world. A simple model of a speed governing system of the steam turbine is taken for illustrating the dynamic simulation. The load on the turbo-generator does not remain constant but vary as per the consumer (Grid) demand requirements. Keywords - FGMO, FREQUENCY REGULATION , speed The presence of a perpetual mismatch between the GOVERNOR generation and the demand in a larger network results into variations in FREQUENCY and necessitates a continuous I.

4 INTRODUCTION adjustment of generation at the turbo-generators. If not, the speed / FREQUENCY will be oscillating which is an The developing countries have sustained power indication of poor power quality. A state of unchanging shortage problems compared to developed countries for system FREQUENCY and zero acceleration indicates that the many reasons, mostly financial in nature. The developed generation meets the system demand. countries have to address the power deficient areas The governing system provides for this REGULATION /. occasionally. The research literature on operation of adjustment, when the turbo-generator is on bars, by generation deficient power system is scanty. The controlling the steam inflow to the turbine.

5 The REGULATION problems faced by developing countries are is envisaged by various control logics and by operating fundamentally of different nature. The developing the control valves in the turbine. Stop valves provided in countries have to search for alternatives to suit their the governing system protect the turbine in case of unsafe requirement. The deficient systems have typical features conditions by blocking the steam flow into the turbine. like FREQUENCY deviations, abrupt arising of deficiencies of power, low voltages and lack of coordination among the constituents under a region due to indiscipline. In India speed governors have been prevented from responding by the utilities, with dead band configuring from Hz to Hz.

6 Emergency unloading of a unit is available only when FREQUENCY reaches Hz. As a consequence excursions in FREQUENCY are common up to 1 Hz in a time block of 15 minutes. For the sake of better control efforts are being made to enable the FREQUENCY governors to Power System Components respond to entire range of FREQUENCY . This is called free GOVERNOR mode of operation (FGMO). How Governing System Works The Speed / Power of the steam turbine are controlled by varying the steam flow to the turbine, which in turn is ISBN: 97881 8371 362 7. 1. 2010 IEEE International Conference on Computational Intelligence and Computing Research varied by manipulating the control valve lift. The control drooping' type.

7 Droop or REGULATION is an important valve is operated by a servomotor driven by a hydraulic parameter in the FREQUENCY REGULATION . In thermal power signal. The governing system is a closed loop control plants droop value is generally 4 % to 5 %. system which processes speed error, power error and The sensitivity of the GOVERNOR for a given pressure error to operate the steam control valves. change in load varies inversely with the percentage droop. In a Mechanical Hydraulic governing system, The droop of the hydro turbines will be around 2 to 3%. mechanical speed sensors viz., fly balls and hydraulic where as that of the steam turbines will be 4 to 5%. speed transmitters to sense the speed and hydraulic servomotors and hydraulic amplifiers to drive the final control elements ( ) control valves are employed.

8 In an Electro Hydraulic governing system, Halls probe or pulse generators to sense the speed, various logics and control circuits to process the error and electro hydraulic converters / amplifiers and a hydraulic actuator to drive the control valves are used. Droop Characteristics of a GOVERNOR Basic Elements of a Governing System Droop Characteristics Operation of the GOVERNOR The GOVERNOR operation of a turbo-generator can be explained using the following diagram. Electro Hydraulic GOVERNOR Scheme Droop or REGULATION : Droop can be defined as the percentage change in speed for a change in load. Whenever there is a Governing Operation - Primary and mismatch in power, speed changes.

9 As mentioned earlier, Secondary Response the governing system senses this speed change and adjusts Consider that a unit is delivering a power P' at a valve opening which in turn changes power output. This FREQUENCY of N' Hz denoted by the operating point A'. action stops once the power mismatch is made zero. But Let us assume that due to some reasons, the FREQUENCY the speed error remains. What should be the change in dips to NB'. Now because of the droop characteristics of power output for a change in speed is decided by the the GOVERNOR , the operating point of the generator will REGULATION '. If 4% change in speed causes 100% change move to B' and the generation will increase from P' to in power output, then the REGULATION is said to be 4 % (in PB'.)

10 This response of the GOVERNOR is called the primary per unit ). response as discussed earlier. The operator subsequently The REGULATION can be expressed in the form of will try to restore the generation to the original value P', power FREQUENCY characteristic as shown in the new operating point of the set will be C' and the At 100 % load the generation is also 100 %, FREQUENCY (or FREQUENCY will drop further to NC'. This response of the speed) is also 100%. When load reduces FREQUENCY operator is called the secondary response. A secondary increases, as generation remains the same. When load response of 1% of the capacity per minute of the set is reduces by 50 %, FREQUENCY increases by 2 %, in the prescribed by the Load Despatch Center. 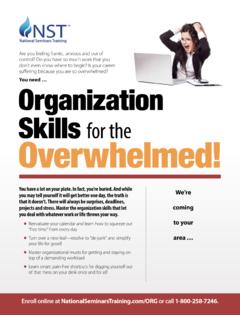 You need … Organization Skills for the Overwhelmed!

Here's Your Five-point Plan for Getting Organized Workshop Hours: 9 a.m. to 4 p.m. Registration begins at 8:15 a.m. 1. Learn How to Get Organized— 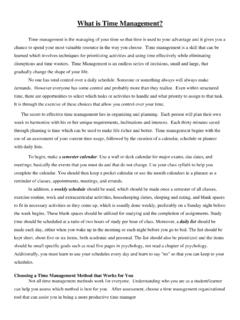 What is Time Management? - MCCC

What is Time Management? Time management is the managing of your time so that time is used to your advantage and it gives you a chance to spend your most valuable resource in the way you choose.

What, Management, Time, What is time management 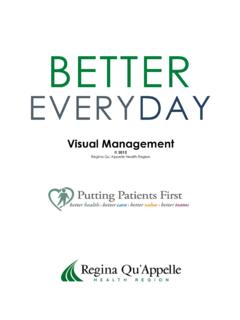 3 Introduction Most teams in the Region have some experience with daily visual management; they have a visibility wall and are doing regular huddles around it.