From A Room of One’s Own - L. Adam Mekler

2264 | VIRGINIA WOOLF. now that the party was almost over, looking at the people going, and the rooms getting emptier and emptier, with things scattered on the floor. Even Ellie Henderson was going, nearly last of all, though no one had spoken to her, but she had wanted to see everything, to tell Edith. And Richard and Elizabeth were rather glad it was over, but Richard was proud of his daugh- ter. And he had not meant to tell her, but he could not help telling her. He had looked at her, he said, and he had wondered, Who is that lovely girl? and it was his daughter! That did make her happy. But her poor dog was howling. Richard has improved. You are right, said Sally. I shall go and talk to him. I shall say good-night.

1 2264 | VIRGINIA WOOLF. now that the party was almost over, looking at the people going, and the rooms getting emptier and emptier, with things scattered on the floor. Even Ellie Henderson was going, nearly last of all, though no one had spoken to her, but she had wanted to see everything, to tell Edith. And Richard and Elizabeth were rather glad it was over, but Richard was proud of his daugh- ter. And he had not meant to tell her, but he could not help telling her. He had looked at her, he said, and he had wondered, Who is that lovely girl? and it was his daughter! That did make her happy. But her poor dog was howling. Richard has improved. You are right, said Sally. I shall go and talk to him. I shall say good-night.

2 What does the brain matter, said Lady Rosse- ter, getting up, compared with the heart? . I will come, said Peter, but he sat on for a moment. What is this terror? what is this ecstasy? he thought to himself. What is it that fills me with extraordinary excitement? It is Clarissa, he said. For there she was. From A room of One's Own [Shakespeare's Sister]1. It was disappointing not to have brought back in the evening some impor- tant statement, some authentic fact. Women are poorer than men because . this or that. Perhaps now it would be better to give up seeking for the truth, and receiving on one's head an avalanche of opinion hot as lava, discoloured as dish-water. It would be better to draw the curtains; to shut out distrac- tions; to light the lamp; to narrow the enquiry and to ask the historian, who records not opinions but facts, to describe under what conditions women lived, not throughout the ages, but in England, say in the time of For it is a perennial puzzle why no woman wrote a word of that extraordi- nary literature when every other man, it seemed, was capable of song or sonnet.

3 What were the conditions in which women lived, I asked myself; for fiction, imaginative work that is, is not dropped like a pebble upon the ground, as science may be; fiction is like a spider's web, attached ever so lightly perhaps, but still attached to life at all four corners. Often the attachment is scarcely perceptible; Shakespeare's plays, for instance, seem to hang there complete by themselves. But when the web is pulled askew, hooked up at the edge, torn in the middle, one remembers that these webs are not spun in midair by incorporeal creatures, but are the work of suffer- ing human beings, and are attached to grossly material things, like health and money and the houses we live in. I went, therefore, to the shelf where the histories stand and took down one of the latest, Professor Trevelyan's History of Once more I.

4 Looked up Women, found position of, and turned to the pages indicated. 1. The selection is drawn from Chapter Three men and women. and from the conclusion to the fi nal chapter. In 2. She reigned from 1558 to 1603. Chapter Two, Woolf has been to the library of 3. G. M. Trevelyan's History of England (1926). the British Museum, trying in vain to fi nd long held its place as the standard one-volume answers to questions about the different fates of history of the country. A room OF ONE'S OWN | 2265. Wife-beating, I read, was a recognised right of man, and was practised without shame by high as well as low.. Similarly, the historian goes on, the daughter who refused to marry the gentleman of her parents' choice was liable to be locked up, beaten and flung about the room , without any shock being inflicted on public opinion.

5 Marriage was not an affair of per- sonal affection, but of family avarice, particularly in the chivalrous' upper classes.. Betrothal often took place while one or both of the parties was in the cradle, and marriage when they were scarcely out of the nurses'. charge. That was about 1470, soon after Chaucer's time. The next refer- ence to the position of women is some two hundred years later, in the time of the It was still the exception for women of the upper and mid- dle class to choose their own husbands, and when the husband had been assigned, he was lord and master, so far at least as law and custom could make him. Yet even so, Professor Trevelyan concludes, neither Shake- speare's women nor those of authentic seventeenth-century memoirs, like the Verneys and the Hutchinsons,5 seem wanting in personality and char- acter.

6 Certainly, if we consider it, Cleopatra must have had a way with her;. Lady Macbeth, one would suppose, had a will of her own; Rosalind,6 one might conclude, was an attractive girl. Professor Trevelyan is speaking no more than the truth when he remarks that Shakespeare's women do not seem wanting in personality and character. Not being a historian, one might go even further and say that women have burnt like beacons in all the works of all the poets from the beginning of time Clytemnestra, Anti- gone, Cleopatra, Lady Macbeth, Ph dre, Cressida, Rosalind, Desdemona, the Duchess of Malfi, among the dramatists; then among the prose writers: Millamant, Clarissa, Becky Sharp, Anna Karenina, Emma Bovary, Madame de Guermantes7 the names flock to mind, nor do they recall women lacking in personality and character.

7 Indeed, if woman had no existence save in the fiction written by men, one would imagine her a person of the utmost importance, very various; heroic and mean; splendid and sordid;. infinitely beautiful and hideous in the extreme; as great as a man, some think even But this is woman in fiction. In fact, as Professor Trev- elyan points out, she was locked up, beaten and flung about the room . 4. , during the reign of the British house of kept in almost Oriental suppression as odal- Stuart (1603 49, 1660 1714). isques or drudges, the stage should yet have pro- 5. The ideal family life of the period [1640 50] duced figures like Clytemnestra and Cassandra, that ended in such tragic political division has Atossa and Antigone, Ph dre and Medea, and all been recorded once for all in the Memoirs of the the other heroines who dominate play after play Verney family (Trevelyan, History of England).

8 Of the misogynist' Euripides. But the paradox of Lucy Hutchinson (1620 after 1675) wrote the this world where in real life a respectable woman biography of her husband, Col. John Hutchinson could hardly show her face alone in the street, (1615 1664); it was fi rst published in 1806. and yet on the stage woman equals or surpasses 6. These three Shakespearean heroines are, man, has never been satisfactorily explained. In respectively, in Antony and Cleopatra, Macbeth, modern tragedy the same predominance exists. and As You Like It. At all events, a very cursory survey of Shake- 7. Characters in, respectively, Aeschylus's speare's work (similarly with Webster, though Agamemnon; Sophocles' Antigone; Shake- not with Marlowe or Jonson) suffices to reveal speare's Antony and Cleopatra and Macbeth; how this dominance, this initiative of women, Racine's Ph dre; Shakespeare's Troilus and Cres- persists from Rosalind to Lady Macbeth.

9 So too sida, As You Like It, and Oth llo; Webster's The in Racine; six of his tragedies bear their hero- Duchess of Malfi; Congreve's Way of the World; ines' names; and what male characters of his Richardson's Clarissa; Thackeray's Vanity Fair; shall we set against Hermione and Andromaque, Tolstoy's Anna Karenina; Flaubert's Madame B r nice and Roxane, Ph dre and Athalie? So Bovary; and Proust's A la Recherche du Temps again with Ibsen; what men shall we match with Perdu (In Search of Lost Time). Solveig and Nora, Hedda and Hilda Wangel and 8. It remains a strange and almost inexplicable Rebecca West? F. L. Lucas, Tragedy, pp. 114 . fact that in Athena's city, where women were 15 [Woolf's note]. 2266 | VIRGINIA WOOLF.

10 A very queer, composite being thus emerges. Imaginatively she is of the highest importance; practically she is completely insignificant. She pervades poetry from cover to cover; she is all but absent from history. She dominates the lives of kings and conquerors in fiction; in fact she was the slave of any boy whose parents forced a ring upon her finger. Some of the most inspired words, some of the most profound thoughts in literature fall from her lips; in real life she could hardly read, could scarcely spell, and was the property of her husband. It was certainly an odd monster that one made up by reading the histori- ans first and the poets afterwards a worm winged like an eagle; the spirit of life and beauty in a kitchen chopping up suet. 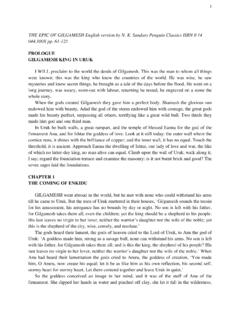 THE EPIC OF GILGAMESH English version by N. K. …

1 THE EPIC OF GILGAMESH English version by N. K. Sandars Penguin Classics ISBN 0 14 044.100X pp. 61-125 PROLOGUE GILGAMESH KING IN URUK I WILL proclaim to the world the deeds of Gilgamesh. 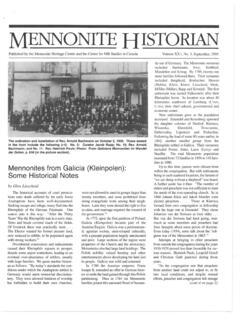 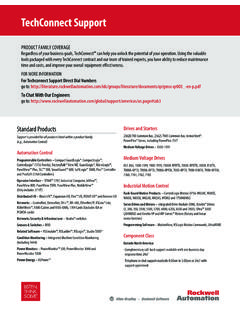 TechConnect Support PRODUCT FAMILY COVERAGE Regardless of your business goals, TechConnectSM can help you unlock the potential of your operation. Using the valuable tools packaged with every TechConnect contract and our team of trained experts, you have ability to reduce maintenance

Luke the Historian: The Gospel of Luke 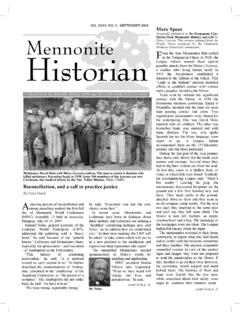 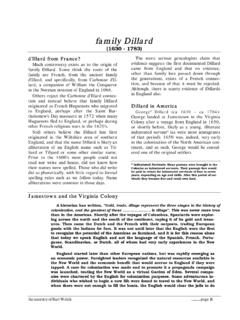 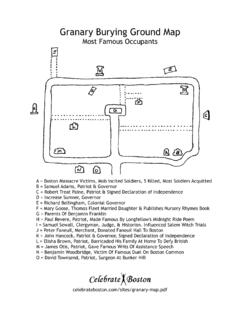 Most, Famous, Occupant, Most famous occupants 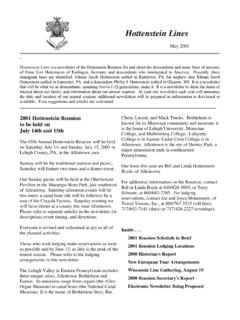 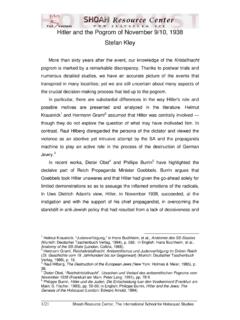