From Zero to Greek: An Introduction to the …

From zero to greek : An Introduction to the Language for Everyone A pre-Institute workshop at American Classical League 61st Annual Institute, Durham, NH. Holloway Commons: Cocheco Room Thursday June 26, 6-9pm & Friday June 27, 2008 8-11am Wilfred Major Louisiana State University, Baton Rouge, Louisiana Byron Stayskal Western Washington University, Bellingham, Washington Deborah Davies Brooks School, North Andover, Massachusetts Participants in this workshop will receive information, practice, and materials for introducing and building up instruction in greek at a school or program. No knowledge (or recollection) of greek is required. The workshop has three components: (1) a survey of and practice with the basics of the greek language (2) models and materials for introducing greek , especially at the stage when it is not yet possible to offer a full class in greek (3) instruction in preparing students for the first levels of the National greek Exam.

From Zero to Greek: An Introduction to the Language for Everyone A pre-Institute workshop at American Classical League 61st Annual Institute, Durham, NH Holloway Commons: Cocheco Room

Introduction, Zero, Greek, Zero to greek, An introduction to the

1 From zero to greek : An Introduction to the Language for Everyone A pre-Institute workshop at American Classical League 61st Annual Institute, Durham, NH. Holloway Commons: Cocheco Room Thursday June 26, 6-9pm & Friday June 27, 2008 8-11am Wilfred Major Louisiana State University, Baton Rouge, Louisiana Byron Stayskal Western Washington University, Bellingham, Washington Deborah Davies Brooks School, North Andover, Massachusetts Participants in this workshop will receive information, practice, and materials for introducing and building up instruction in greek at a school or program. No knowledge (or recollection) of greek is required. The workshop has three components: (1) a survey of and practice with the basics of the greek language (2) models and materials for introducing greek , especially at the stage when it is not yet possible to offer a full class in greek (3) instruction in preparing students for the first levels of the National greek Exam.

2 Deb Davies administers the National greek Exam ( ), about which detailed information, syllabus, and more appear in this packet. Wilfred Major (chair) and Byron Stayskal are part of the Committee for the Promotion of greek (CPG), a subcommittee of the National Committee for the Promotion of Latin and greek (NCLG; ). All the information in this packet and other materials are available for free download at (you will be redirected to the site's current location).. Fear not! . Luke This Packet Contains Frequently Asked Questions about Ancient greek o Historical Overview of Greece o Types of greek from Linear B to Modern greek o Typing and Printing greek o Textbooks and Resources for Beginning greek National greek Exam o Results for the 2008 Exams o Information about the 2009 Exams o Syllabus for the Introduction to greek Exam A survey of the cultural information on the syllabus for the " Introduction to greek " level of the National greek Exam (sections II and III).

4 Other than such myths told in later times, we know of this period only through archaeological remains. o During this time lived a people now called the Minoans (although no one knows what they were called at the time). They left behind many spectacular buildings and beautiful art, especially on the island of Crete. They spoke a non- greek language which has not been identified. o Greeks of this period are usually referred to as Mycenaeans, referring to the city of Mycenae, home of Agamemnon and one of the most powerful greek cities of the time. o No literature survives from this time period. Documents (see Linear B in "Types of greek ") are the only writing to survive. Dark Age (1200-700 BC). o For unknown reasons, crises afflict people all around the Mediterranean area. Archaeology indicates much depopulation, movement, and poverty. o No greek writing of any sort survives from this period. Stories about the Bronze Age are told orally.

5 Archaic Period (700-500 BC). o Greece recovers from the Dark Age. Cities like Athens, Sparta, Corinth and Thebes become powerful and prosperous. These cities are often best known for the powerful "tyrants" which ruled during this time. o The greek alphabet appears for the first time. The Iliad, Odyssey, Hesiod, and other poems, which had been recited orally over the years, are now written down. Fragments remain of "lyric poets" such as Sappho and Archilochus. Aesop supposedly lived during this time. Classical Period (500-323 BC). o Athens establishes the first democracy. They repel the Persian attacks of Darius and Xerxes (490-480 BC). Pericles guides the Athenian empire and has the Parthenon built. Athens and Sparta fight the Peloponnesian War (431-404 BC). Shortly after Alexander the Great (356-323 BC) dies, Macedonians take over Athens and end the democracy. o Most famous greek literature comes from Athens during this era: the tragedies of Aeschylus, Sophocles, and Euripides, the comedies of Aristophanes, the historical writings of Herodotus, Thucydides and Xenophon, the philosophical writings of Plato and Aristotle, and almost all greek oratory.

6 Hellenistic Period (323-30 BC). o Following the death of Alexander the Great, various peoples around the Mediterranean attempt to recreate and control the empire he built. Macedonian and greek culture dominate the methods of empire-building during this period. 3. Cleopatra VII was the last Hellenistic ruler and her suicide in 30 BC in the wake of Octavian/Augustus' attack marks the end of this era. o Apollonius of Rhodes' Argonautica (his Medea influenced Virgil's Dido). survives, as does much scholarly poetry which influenced Catullus, Horace, Ovid, and others. Some greek New Comedy (models for Plautus and Terence) survives. Dionysius of Halicarnassus wrote scholarship and Roman history. Diodorus Siculus compiles a world history. The Hebrew Bible is translated into greek (known as the Septuagint). Roman Period (196 BC AD 476). o Greece is "liberated" and made a province of the Roman Empire. By the end, the capital of the empire has moved to the greek city of Byzantium (as "Constantinople") c.

7 AD 330. o Plutarch writes his "Parallel Lives" of famous Greeks and Romans plus many more essays. Lucian writes his satirical essays. The earliest surviving novels come from this period. The New Testament is written and compiled. Byzantine Period (AD 330-1453). o While the Western part of the Roman Empire splinters and becomes Medieval Europe, the greek -speaking Eastern part of the empire continues, headed by the Orthodox Church. o A range of complex literature survives from this period, the most famous of which is probably Procopius' Secret History. Turkish Ottoman Period (AD 1453-1821). o In 1453, the Ottomans sack Byzantium/Constantinople (now Istanbul) and Greece becomes part of the Ottoman Empire. This is the grimmest time in Greece since the Dark Age. The acrimony between Greeks and Turks continues to this day. Europeans begin looting antiquities from the land. Modern Period (1821-present). o Greeks declare their independence.

8 Modern Greece is now an independent democracy. 4. Types of greek greek has the longest written record of any language in the Western world. Of the languages for which we have written examples from the second millennium BC (the date of the oldest written greek ), no others survive to this day. Of all the western languages spoken in the world today, we can trace none as far back as we can greek . The story of greek is thus the story of a long historical evolution. Linear B: This is the earliest surviving written greek of any kind, from about 1500 to 1000 BC. It is found on clay tablets carved in wedge-like characters called "cuneiform." The documents in this script are accounting records of various sorts (inventories, packing lists, etc). There are no stories or narratives of any kind. Homeric greek or Epic greek : These terms refer to the dialect of greek used in the Iliad, Odyssey, the writings of Hesiod, and some other similar poems.

9 This greek differs from later greek much as Shakespearean English differs from modern English. These were the first writings recorded in the greek alphabet. Ionic and other dialects: Especially prior to the Classical Period, speakers in different areas used different dialects and wrote their dialects as they spoke them. Most literature in these other dialects is fragmentary. The history of Herodotus and the writings of Hippocrates are the most important complete works written in Ionic greek , named for the region of Ionia (now southwestern Turkey), the home of this dialect. Classical greek or Attic greek : These terms refer to the greek used in Athens during the Classical Period. Thus this is the greek of all greek drama and oratory, and most history and philosophy. Koine greek and Biblical greek : In the Hellenistic period, many non-Greeks (including the Romans!) began to learn greek . Consequently, there developed a sort of standardized Attic greek which greek speakers everywhere could learn and use.

10 Accents and breathings were added, for example, to help people pronounce the language correctly. This is called koine ("common") greek . The most famous text in koine greek is the New Testament. Sometimes koine is treated as something wildly different from Classical greek , but at the beginning and intermediate level Classical and koine are effectively the same. Even at the advanced level, the differences are minor unless you are doing specialized scholarly work. Byzantine greek : Most surviving Byzantine greek is a complex, elite version of Classical greek . Kathareuousa: When Greece regained its independence, some greek elites and scholars wanted to restore Classical greek as the language of the modern country. This restored language was called kathereuousa "purified," and as late as 1982 was the official language of Greece. Demotic and Modern greek : Despite the efforts of the purists, greek continued to evolve. 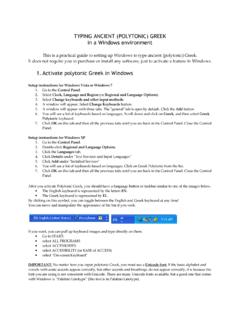 TYPING ANCIENT (POLYTONIC) GREEK in a Windows environment This is a practical guide to setting up Windows to type ancient (polytonic) Greek. It does not require you to purchase or install any software, just to activate a feature in Windows.

From Zero to the National Greek Exam: An …

From Zero to the National Greek Exam: An Introduction for Everyone a workshop at the American Classical League 64th Annual Institute, Minneapolis, MN … 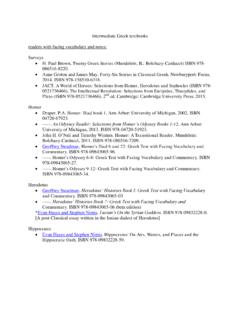 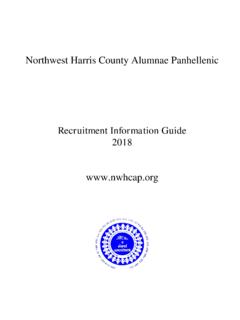