3 MRAngiography (MRA) reveals a shift to Introduction the right ACA (Figure 1D). Cutaneous melanoma is one of the most Thoracic and abdominal CT showed no common tumors that metastasized in the evidence of space replacement processes brain after lung cancer, breast cancer and (Figure 2). unspecified origin. Most common location The patient underwent surgery: a left of malignant melanoma is the skin, retina, fronto-basal bone flap was performed brain and nail bed. In about 14% of cases showing a yellow-gray tumor, bleeding, the location of the primary tumor remains with multiple areas of intratumoral unknown. The incidence of brain necrosis.

4 Tumor ablation under optical metastases in patients with malignant magnification was completely at once, with melanoma ranges from 6-43% of cases. In a safety zone of about 1 cm peritumoral. this article we present a patient with Histological examination (Figure 3). metastatic amelanotic malignant melanoma. diagnosed the tumor probably germ cells or metastasis of malignant amelanotic Case presentation melanoma, therefore recommend A 58-years-old man, operated about two immunohistochemical examination. The years ago for a right latero-cervical tumor result of immunohistochemical examination (histopathology: amelanotic malignant was amelanoticmalignant melanoma.)

6 B Surgically cured patient is discharged with the recommendation of expert advice in clinical oncology and neurosurgical control over 2 months. Discussion amelanotic melanoma is met only in 2- 8% of cases with malignant melanoma. It is a skin lesion which appears as small abnormal pigmented, reddish or pink lesions, of irregular shape. Many times these lesions can be confused with other C tumors (basal cell carcinoma) or inflammatory processes. Romanian Neurosurgery (2011) XVIII 4: 541 - 545 543. Risk factors for the occurrence of brain metastases include: - Location in the head or neck - High Breslow index (IB>1 mm) (4).

7 - Index Clark IV and V(2). - Protruding or ulcerated skin lesions(7). C. Figure 2 A Thoracic CT scan without intravenous contrast; B Thoracic CT scan with intravenous contrast; C Abdominal CT scan A. B. Figure 3 Conventional histological examination 544 V. Prun et al brain metastasis of amelanotic malignant melanoma - Radiotherapy WBRT. - Chemotherapy - Immunotherapy - Multimodal The goal of treatment is to stabilize disease and improve quality of life(6). Surgery is the treatment of choice for tumors with a volume of more than 3 cm3. Tumor resection is preferred to be in block(5), and complete resection with a safety peritumoral margin about cm(10).

8 It was found that block tumor resection improved survival and local recurrence also decreases. If the tumor resection was radical, all clinical trials have shown that adjuvant therapy may be optional. This rule is applied only in completely resected tumors, otherwise Whole- brain radiation therapy must continue or stereotactic radiosurgery (Gamma-Knife or LINAC). Stereotactic radiosurgery (Gamma-Knife or LINAC) is a therapeutic alternative(3, 8, 11). The advantages of radiosurgery are(9): - Low morbidity - Low toxicity - Reduces the duration of hospitalization The role of whole- brain radiation therapy remains controversial because of low sensitivity and high risk of developing Figure 4 Postoperative CT scan dementia in younger patients(1).

9 The prognosis of patients with brain metastases brain metastases are frequently after malignant melanoma is usually infaust. associated with malignant melanoma after the intratumorale hemorrhage, and clinical Conclusions appearance may mimic a stroke or even a amelanotic melanoma is a rare subdural hematoma. malignant skin lesion which often provides The current treatment includes: diagnostic problems. Surgery and radiation - Surgery Gamma-Knife Stereotactic type or LINAC. - Radiosurgery (Gamma-Knife or remain the main methods of treatment for LINAC). brain metastasis from amelanotic malignant Romanian Neurosurgery (2011) XVIII 4: 541 - 545 545.

The false falx and tentorium sign: case report of … 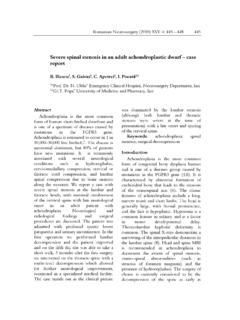 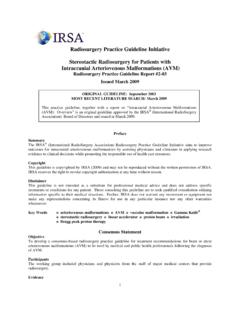 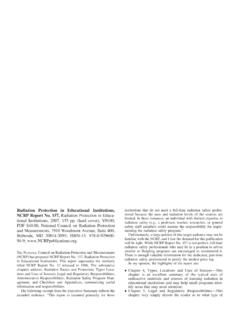 license(s), if any, may be required and what regulatory agencies may have jurisdiction; Chapter 6, Administrative Responsibilities—This chapter provides guidance and references to administrators as to the 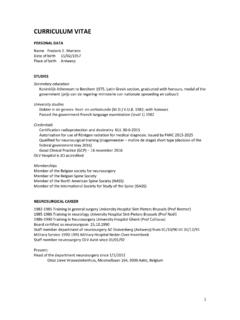 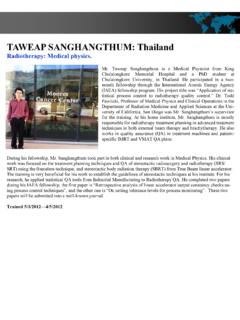 TAWEAP SANGHANGTHUM: Thailand Radiotherapy: Medical physics. During his fellowship, Mr. Sanghangthum took part in both clinical and research work in …