Chapter 1. G. W. F. Hegel: The Phenomenology of Spirit Stephen Houlgate Georg Wilhelm Friedrich Hegel (1770 1831) is one of the greatest (though also least studied) philosophers of the Western tradition. His thought spawned both Marxism and existentialism, and exercised considerable influence on many of the major philosophers of the twentieth century, including Dewey, Gadamer, Sartre, Derrida, and Habermas. It is true that many regard Hegel's work as too difficult and obscure to merit close scrutiny. Those who do take the trouble to study his work carefully, however, encounter a thinker whose richness and subtlety, in my view, is matched only by that of Plato, Aristotle and Kant. Hegel was born in Stuttgart on August 27, 1770. He studied philosophy and theology at T bingen, becoming friends there with H lderlin and Schelling, and sharing their enthusiasm for Rousseau, Kant, and (initially at least) the French Revolution.

Chapter 1 G. W. F. Hegel: The Phenomenology of Spirit Stephen Houlgate Georg Wilhelm Friedrich Hegel (1770–1831) is one of the greatest (though also

1 Chapter 1. G. W. F. Hegel: The Phenomenology of Spirit Stephen Houlgate Georg Wilhelm Friedrich Hegel (1770 1831) is one of the greatest (though also least studied) philosophers of the Western tradition. His thought spawned both Marxism and existentialism, and exercised considerable influence on many of the major philosophers of the twentieth century, including Dewey, Gadamer, Sartre, Derrida, and Habermas. It is true that many regard Hegel's work as too difficult and obscure to merit close scrutiny. Those who do take the trouble to study his work carefully, however, encounter a thinker whose richness and subtlety, in my view, is matched only by that of Plato, Aristotle and Kant. Hegel was born in Stuttgart on August 27, 1770. He studied philosophy and theology at T bingen, becoming friends there with H lderlin and Schelling, and sharing their enthusiasm for Rousseau, Kant, and (initially at least) the French Revolution.

2 From 1793 to 1800 he worked as a house tutor, first in Berne and then in Frankfurt-am-Main, and wrote several manuscripts on religion and love that remained unpublished until the early twentieth century. In 1801 he moved to Jena where, under the influence of Schelling, he began to develop his philo- sophical system. The distinctive introduction to that system, the Phenomenology of Spirit , which contains the famous analyses of the master/slave relation, the unhappy consciousness, and Sophocles' Antigone, was published in 1807. While he was rector of a school in Nuremberg, Hegel completed the first part of the system itself, the monumental Science of Logic (published in three volumes from 1812 to 1816). In 1816 Hegel became professor of philosophy at Heidelberg and in 1817 pub- lished, under the title Encyclopaedia of the Philosophical Sciences, an outline of his whole system, including, in addition to logic, the philosophy of nature and the philosophy of mind or Spirit (Geist).

3 During his years in Berlin from 1818 to 1831, Hegel then published the works and delivered the lectures that would make him the most famous and influential philosopher in Germany. The Elements of the Philosophy of Right appeared in 1820, and two further, revised editions of the Encyclopaedia were published in 1827 and 1830. When he died on November 14, 1831, Hegel left behind not only his wife, Marie, and two sons, Karl and Immanuel, but also a body of thought that would inspire and provoke numerous philosophers, theologians, and 8. G. W. F. Hegel: The Phenomenology of Spirit 9. social theorists right up to the present day (despite being neglected by much of the philosophical establishment in Britain and the USA). Freedom and Mutual Recognition Hegel has been treated by some philosophers not just with indifference, but with outright hostility and suspicion. Karl Popper, for example, famously counted him (with Plato and Marx) among the most potent enemies of the open society.

4 Such a judgment is, however, hard to sustain when one reads carefully what Hegel actually wrote and taught. His texts and lectures make it clear that he was in fact an unceasing advocate of freedom and rationality, and no friend of totalitarianism or obscurantism. In the Philosophy of Right, Hegel argues that freedom entails exercising choice, owning property, and working to satisfy one's manifold needs. Freedom cannot, however, consist simply in doing what I want, because it is secured only when it is recognized by other individuals. I may insist that I am free to take possession of the objects of my desire, but I can do so in fact only when others acknowledge my right to own those objects. For Hegel, rights are first established by the very concept of freedom itself, since that concept determines what freedom requires, and whatever must fall to me as a free being thereby constitutes my right.

5 As a free being I have the right to own pro- perty or engage in work, whether or not others recognize that right. That is why I can demand of others that they respect my rights, whenever they fail to do so; if rights did not come first, they could not command recognition in this way. Yet the recognition afforded me by others is what allows me to exercise my rights. I may well have the inalienable right to own property, but I can become the rightful owner of this or that particular house only if others respect my right to do so. Accordingly, as Robert Williams puts it, right is not actual or objective until it is recognized. 1. For Hegel, therefore, concrete human freedom is inseparable from recognition. We demand that our freedom be recognized as our right, and we need the respect of others if our freedom is to be more than a dream. Furthermore, the very idea to which we appeal that right commands recognition requires of us that we respect the rights and freedoms of others in turn.

6 To be free, therefore, we must be accorded recognition by those whose freedom we ourselves are bound to recognize: true freedom requires mutual respect and recognition between people. As Hegel states in the Encyclopaedia Philosophy of Mind (1830), I am only truly free when the other is also free and is recognized by me as free. 2. According to Hegel, human beings recognize and respect one another as free within communities, such as the estate or corporation in which they work and the state of which they are citizens. Hegel does, therefore, believe that human beings are born to live in the state, as many of his critics have charged. Yet this is not because he worships the state in any sinister, totalitarian manner. It is because he under- stands the state at least when it is free and rational to be the community in which mutual recognition is guaranteed both by the civic disposition of people and by the 10 Stephen Houlgate law.

7 Hegel sets out the close connection between recognition, law and the state in these lines from the Encyclopaedia Philosophy of Mind: What dominates in the State is the Spirit of the people, custom, and law. There man is recognized [anerkannt] and treated as a rational being, as free, as a person; and the individual, on his side, makes himself worthy of this recognition by overcoming the natural state of his self-consciousness and obeying a universal, the will that is in essence and actuality will, the law; he behaves, therefore, towards others in a manner that is universally valid, recognizing them as he wishes others to recognize him as free, as States often fail to guarantee that citizens respect the law and one another, and often violate citizens' rights themselves. A rational state, however, is one that is held together precisely by a common respect for the law that requires people to show respect for one another.

8 Consciousness, Self-Consciousness, and Desire Recognition may be found within society and the state, but is there anything to prevent our withdrawal from society, which would enable us to enjoy the untram- meled freedom of the hermit and so be relieved of the need to gain recognition? Physically, there may be nothing to prevent us; but in so doing, Hegel believes, we would deprive ourselves of the opportunity to acquire genuine self-consciousness. According to Hegel, I cannot fully understand who I am, if I remain alone by myself with only the objects of nature to attend to. I gain a proper consciousness of myself only when my self-understanding is recognized and confirmed by others. This is not to say that in the absence of such recognition I would lack any self- awareness whatsoever. For Hegel, simple consciousness of an object, such as a house or tree, already incorporates the awareness that the object is distinct from me.

9 Similarly, all perception brings with it the awareness that I, as perceiver, am capable of error. Yet such self-awareness falls short of articulated, objective self-consciousness and self-understanding: the latter, Hegel argues, requires the recognition by others of who we are. As Loewenberg (or, rather, his fictional creation, Hardith) puts it, Hegel thus discover[s] an incipient social consciousness within the very bosom of self-consciousness. 4 A hermit's life is ultimately not for us: for we are born to under- stand who we are, and that means that we are born to be social and political beings. To learn precisely why this is the case, we must turn to Hegel's Phenomenology . The Phenomenology describes, in prose both tortuous and elegant, the develop- ment of consciousness from its most primitive or na ve form which Hegel names sensuous certainty to its most mature form self-knowing Spirit or absolute knowing.

10 This development is to be understood not as historical, but as logical. The book does not examine how human consciousness has actually changed through time into modern self-understanding, but shows how certain general shapes of consciousness necessarily transform themselves, because of their very structure, into G. W. F. Hegel: The Phenomenology of Spirit 11. further shapes. The development traced by Hegel overlaps in certain parts with European history (for example, in the analysis of Stoic consciousness), but what gives Hegel's book its unity is the fact that it renders explicit what is logically entailed by being conscious. Consciousness develops, according to Hegel, as it takes cognizance of what is implicit in its own experience, though initially hidden from view. Sensuous certainty, with which Hegel begins, is the form of consciousness that takes itself to be aware of the simple, immediate presence of things.

What Is Behaviorism? - Wiley-Blackwell 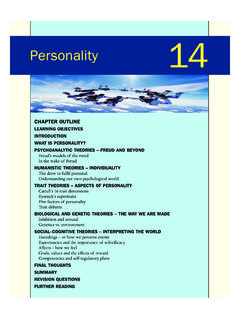 CHAPTER OUTLINE LEARNING OBJECTIVES INTRODUCTION WHAT IS PERSONALITY? PSYCHOANALYTIC THEORIES – FREUD AND BEYOND Freud’s models of the mind In the wake of Freud 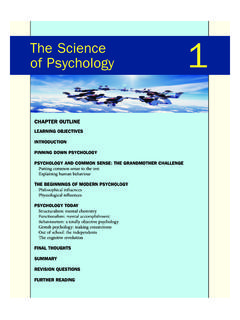 The Science of Psychology 1 - Wiley-Blackwell

Learning Objectives By the end of this chapter you should appreciate that: n psychology is much more than ‘common sense’; n psychological knowledge can be usefully applied in many different professions and walks of life; Chapter 2 The Role of the Fashion Buyer - Wiley …

Roles, Buyers, Fashion, The role of the fashion buyer 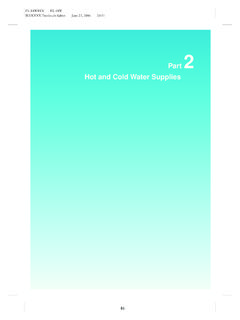 How does Psychology Support Nursing Practice?

How does Psychology Support Nursing Practice? 3 ing health . Psychologists not only seek to predict behaviour but also to change behaviours to enhance well-being and quality of …

Support, Does, Psychology, How does psychology support

ABCDE SYSTEM (ADVERSE EVENTS OF TYPE A, B, C, …

1 A ABCDE SYSTEM (ADVERSE EVENTS OF TYPE A, B, C, D, E) HISTORY Hurwitz and Wade proposed many years ago four categories of adverse events (Br Med J 1969; Mar 1(643):531).The first two mechanisms have been combined

Appendix B: Formulae Used for Calculation of … 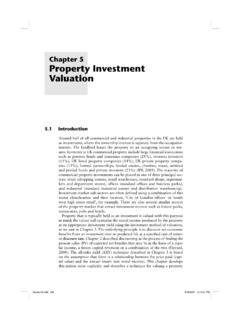 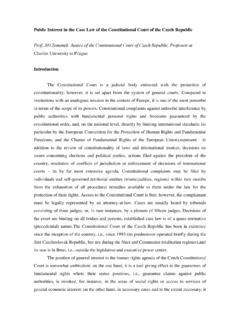 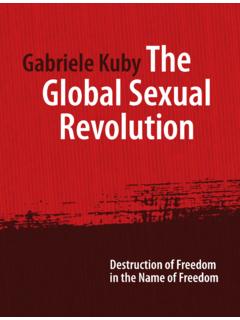 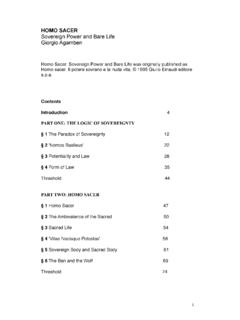 HOMO SACER Sovereign Power and Bare Life Introduction The Greeks had no single term to express what we mean by the word "life." They used two terms that, although traceable to a common etymological root,