Game Review | The Legend of Zelda

Matt WaddellSTS 145: Game ReviewTable of Contents:Da GameStory Line & Game-playTechnical StuffGame DesignSuccessEndnotesIn 1984 President Hiroshi Yamauchi asked apprentice game designer SigeruMiyamoto to oversee R&D4, a new research and development team forNintendo Co., Ltd. Miyamoto's group, Joho Kaihatsu, had one assignment: "tocome up with the most imaginative video games ever." 1On February 21, 1986, Nintendo Co., Ltd. published The Legend of Zelda (hereafter abbreviated LoZ) for the Famicom in Japan. It was Miyamoto's firstautonomous attempt at game design. In July 1987, Nintendo of Americapublished LoZ for the Nintendo Entertainment System in the United States, this time with a shinygold : where did LoZ come from?

Tech Specs: like nuthin' your mama has ever seen. Two chip technologies in particular are responsible for LoZ's technological prowess: MMC (Memory

1 Matt WaddellSTS 145: Game ReviewTable of Contents:Da GameStory Line & Game-playTechnical StuffGame DesignSuccessEndnotesIn 1984 President Hiroshi Yamauchi asked apprentice game designer SigeruMiyamoto to oversee R&D4, a new research and development team forNintendo Co., Ltd. Miyamoto's group, Joho Kaihatsu, had one assignment: "tocome up with the most imaginative video games ever." 1On February 21, 1986, Nintendo Co., Ltd. published The Legend of Zelda (hereafter abbreviated LoZ) for the Famicom in Japan. It was Miyamoto's firstautonomous attempt at game design. In July 1987, Nintendo of Americapublished LoZ for the Nintendo Entertainment System in the United States, this time with a shinygold : where did LoZ come from?

2 Miyamoto admits that LoZ is partly based on Ridley Scott's movie Legend . Indeed, Miyamoto'svideo game shares more than just a title with Scott's 1985 production. But Miyamoto'sfundamental inspiration for LoZ remains his childhood home, with its maze of rooms, sliding shojiscreens, and "hallways, from which there seemed to be a medieval castle's supply of hiddenrooms." 2 Story Line: a brief the land of Hyrule, the Legend of the "Triforce" wasbeing passed down from generation to generation; goldentriangles possessing mystical powers. One day, an evilarmy attacked Hyrule and stole the Triforce of Power.

3 Thisarmy was led by Gannon, the powerful Prince of his wicked rule, Zelda , the princess of Hyrule, splitthe remaining Triforce of Wisdom into eight fragments andhid them throughout the land. At the same time shecommanded her most trustworthy nursemaid, Impa, toGame Review | The Legend of Zeldafile:///Users/denadebry/Desktop/ of 611/26/08 9:03 AMescape and go find a man with enough courage to destroythe evil forests and mountains, Impa fled for her life. Asshe reached the very limit of her energy she found herselfsurrounded by Gannon's evil henchmen. But wait! All was not lost.

4 A young lad named Linkappeared. He drove off Gannon's henchmen, and saved the nursemaid. Impa told Link the story ofprincess Zelda and the evil Gannon. Burning with a sense of justice, Link resolved to save in order to fight off Gannon, Link had to bring the scattered eight fragments of the Triforce ofWisdom together. "Can Link really destroy Gannon and save the Princess Zelda ? Only your skill cananswer that question. Good luck. Use the Triforce wisely." 3 Game Play: the is a single-player action RPG. You, the player, assume the part of Link, the game's elfinprotagonist.

5 You manipulate a growing collection of "objects" in order to vanquish the enemy andnavigate "rooms."Irrespective of your progress, Link starts in the aboveground Overworld, an interconnected mazeof forests, lakes, mountains, benevolent wise men,merchants, and bad guys. Because LoZ operates from a overhead view, you can anticipate both geography andenemy location. Link must navigate the Overworld in orderto broaden his inventory of weapons, gain real-timefighting experience, and perhaps most importantly,discover the eight entrances to the Underworld. TheUnderworld (underground), like the Overworld, is a seriesof "rooms" that must be explored and looted, thoughmuch darker, and with more enemies than the Underworld levels correspond with the eight Triforcefragments.

6 Each level boasts a final boss that you, Link,must conquer to earn a Triforce facilitate your shellacking the enemy, Link possesses a dynamic set of strategic objects andlife-restoring medicines. You (Link) begin(s) with a shield that fends off most enemy fire. Toattack, simply wield one of three swords, throw one of two boomerangs, shoot one of two arrows,or bomb the enemy. (Notice, each attack or defense object must be discovered or bought; mostUnderworld levels contain a secret "room" that hides an inventory-boosting object.) Those objectsnot used solely for battle - for example, the blue and red candle, and keys - uncover or unlocksecret entrances to prosperous rooms and acquaintances.

7 There is also the matter of hearts represent your total "life." For each hit you take, you lose half of a heart. Newbiesfind this initial six-hit maximum to impede game-play, but every recovered Triforce fragment orheart container increases your heart count by one! In effect, this boosts the number of enemy hitsyou can sustain. Objects such as the red heart - often the reward for killing pesky bad guys - orthe water of life - visit your local merchant for details - restore Link's hit count to full your life is full, you can attack enemies clear across the screen with your Review | The Legend of Zeldafile:///Users/denadebry/Desktop/ of 611/26/08 9:03 AMTech Specs: like nuthin' your mama has ever chip technologies in particular are responsible for LoZ's technological prowess: MMC (MemoryManagement Controller); and, SRAM (Static Random Access Memory).

8 MMCs, or logic gates, arecustom-designed circuits that take the data for a game and break it up into organized parts thatthe master chip (ROM) can reference when needed: efficient memory allocation. Thus, the MMCenables LoZ's simultaneous vertical and horizontal "scrolling." These logic gates also expanded theNES memory to allow for more, and larger game SRAM made LoZ the first battery-based backup cartridge that could record a player'sprogress. An SRAM chip contained all the information about a player's progress in memory like anynormal RAM. However, SRAM's are equipped with a battery that produces just enough energy toallow the memory to stay in tact even when the console is turned off and the cartridge is removedfrom the system.

9 Simply, select "save" after Link dies and resume game-play later. (Click here forNES technical specifications.)Control Interface: the As and 's control interface is twofold. First, there exists the physical Nintendo I/O device - a"controller" - that boasts a directional pad, and select, start, A, and B buttons. Pressing thedirectional pad moves Link either north, south, east or west. Pressing start pauses the game anddisplays Link's current inventory. Pressing select pausesor resumes game-play. Assaulting the A and B buttons -as is usually the case - causes Link to attack and/orutilize the selected , and less obvious, are the maps of the Overworldand Underworld levels.

10 The Overworld map demonstratesLink's location (green dot) relative to the expansiveworld of Hyrule (gray rectangle). Similarly, eachUnderworld level contains a map and compass that, together, reveal the location of the Triforcefragment. A successful LoZ gamer manipulates both control interfaces - the physical and thevirtual - : the artificial 's "artificial intelligence" is far from academic, but multi-layered nonetheless. Each enemyadheres to a specific movement pattern ( jumping, slithering, flying). In addition, certainenemies are susceptible to only certain weapons. Beyond the enemy's movement sequence andthe appropriate attack object, LoZ's AI consists of two things: quantity and pace. 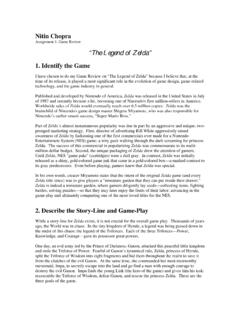 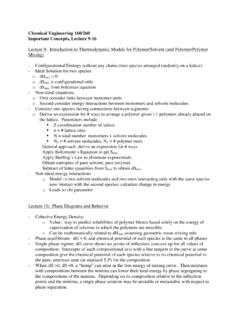 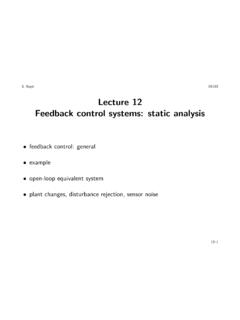 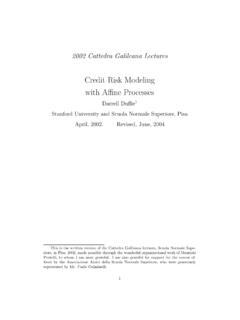 credit-risk modeling (emphasizing the valuation of corporate debt and credit derivatives) with an introduction to the analytical tractability and richness of aﬃne state processes. This is not a general survey of either topic, but rather 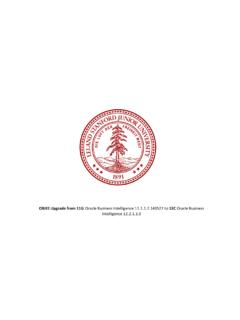 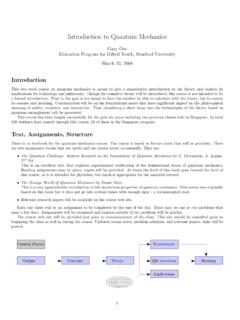 Introduction to Quantum Mechanics Gary Oas Education Program for Gifted Youth, Stanford University March 23, 2008 Introduction This two week course on quantum mechanics is meant to give a quantitative introduction to the theory and explore its 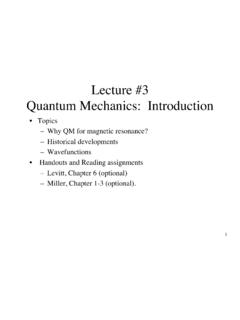 2 Classical versus Quantum NMR • QM is only theory that correctly predicts behavior of matter on the atomic scale, and QM effects are seen in vivo. 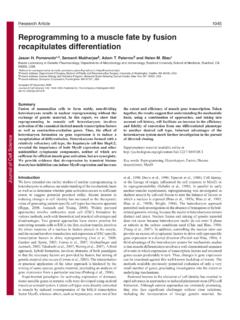 Reprogramming to a muscle fate by fusion … 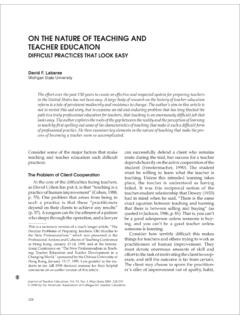 ON THE NATURE OF TEACHING AND TEACHER EDUCATION ... isolation is to create a vision of learning to teach as a private ordeal (Lortie, 1975) and a vision of 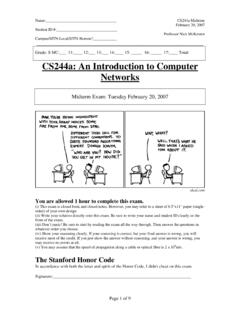 CS244a: An Introduction to Computer Networks

CS244a: An Introduction to Computer Networks Midterm Exam: Tuesday February 20, 2007 xkcd.com You are allowed 1 hour to complete this exam. 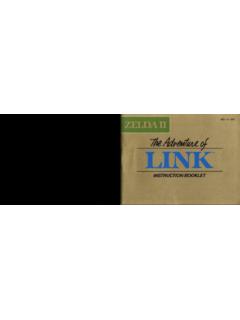 "Link, the time has come when I must tell you the legend of Zelda handed down in Hyrule. It is said that a long ago, When Hyrule Was One country, a great ruler

Legend, Zelda, The legend of zelda 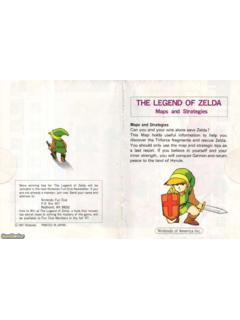 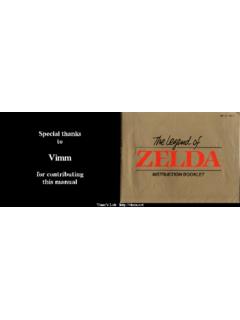 Legend of Zelda, The

The Legend of Zelda ABCs PRECAUTION 00 not Store the Game Pak in 2) in water DO clean with benzene, thinner. alcohol Or Other Such SOIVentS_ 01987, 1989 N,ntendoof 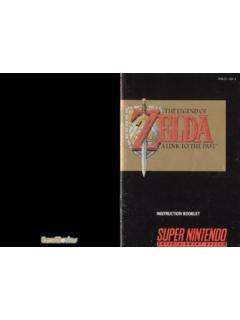 The Legend of Zelda: A Link to the Past - Nintendo …

Link, Past, Legend, Nintendo, Zelda, The legend of zelda, A link to the past nintendo, The legend 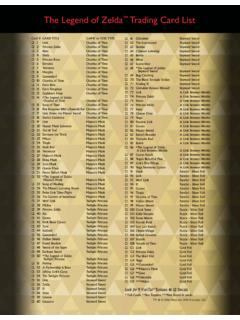 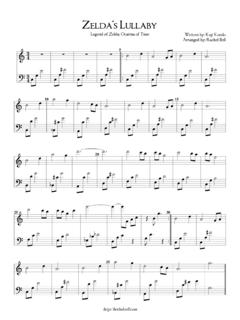 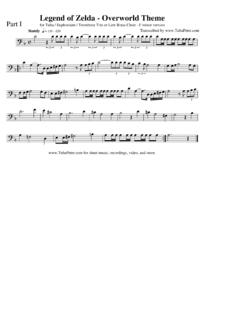 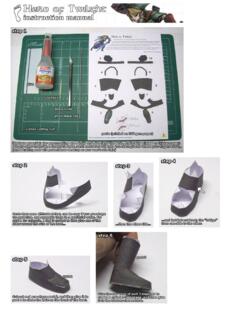 Glue part 4 into a ring, and glue it to part as shown here. When you glue on part 5, it:s easiest to leave the top open.... step 9 . so you can still reach inside 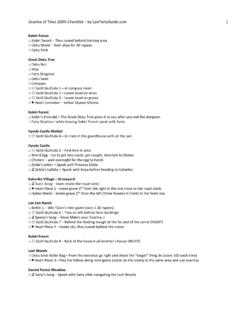 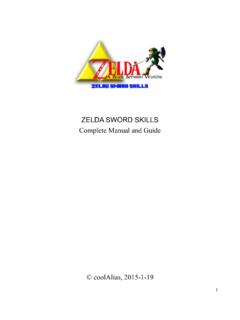 Introduction Welcome to Zelda Sword Skills! Please take some time to read through this manual before playing the mod, especially the section on …